We started off at Craigieburn Campsite Shelter. Chris was leading us at an easy-going pace while Alan was covering the back. At Helicopter Hill Saddle, a few of us went to check out Helicopter Hill and the rest of the group continued along Craigieburn Edge Track. We had a quick lunch below Camp Saddle.

A few enthusiastic CTC members went to cut some wilding pines on the slopes of Hamilton Hill while the rest were trying to make their way across the scree to Camp Saddle. You know how it goes on steep scree slopes: 3 steps up, slide 2 steps down. We had lunch at the saddle and realized that one of the prospective members was missing. It turned out that he had decided to go for his own personal adventure and went up towards Hamilton Peak. It was certainly interesting to watch him taking the only icy patch on the whole slope on the way down. When he rejoined the pack, Alan had a chat with him (poor guy!) and then we made our way towards pt1550 and pt1525.

On the scree run down to Helicopter Hill saddle, Harish had the opportunity to do his first scree run. At the beginning, he was hesitating about the steepness of the slope. I managed to convince him that everything was fine. The first 50 vertical meters went well. Harish was making wee steps and was well coordinated. Then it got all out of hand. Harish was running faster and faster and soon he was running so fast that even veteran CTC members were nodding their heads impressed by the speed. At the same time, it was clear that the speed was not sustainable and we all froze for a few seconds as he fell on a patch of snow and took a tumble. Alan and I rushed towards him and he seemed to be ok, just a bit shocked. Alan helped him out of the snow and I escorted him down where the rest of the group gave him a big applause.

The rest of the trip was quite boring compared to the excitement of the previous events but I have to say I had nothing against that. Overall it was a great trip. A perfect introduction to moderate trips for new members. 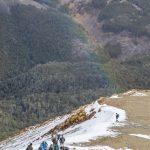 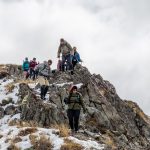 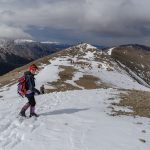 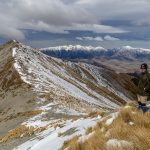 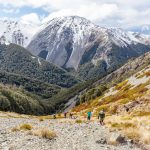 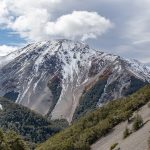 Izard to Enys in Craigieburns

Mt Somers loop in a day? Sure

Be the first to comment on "Camp Saddle in Craigieburns"