Another trip with the Christchurch Tramping Club. It was me and 3 more guys. This is a great number to travel safely and efficiently in the mountains. We started off at a car park by Kowai River along West Coast Road. The first part was easy going. After following a farm track for a couple of kilometers, we literally jumped into Kowai river bed and followed it all the way to a farm hut at the beginning of the south-western ridge of Mount Torlesse. 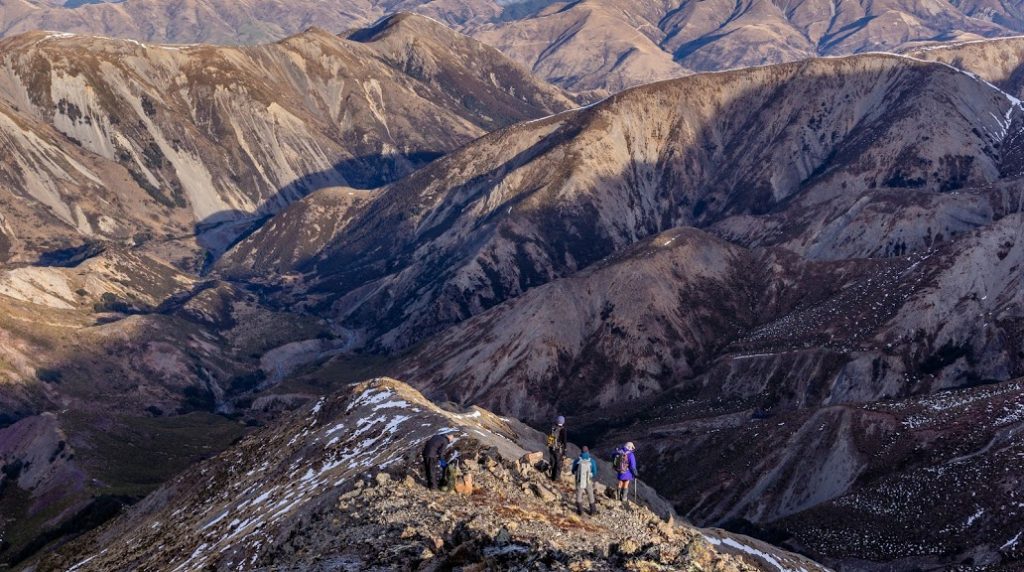 There wasn’t much snow on that day, even though the winter started 3 weeks ago!

From there, the path goes straight up. Following the ridge, we climbed around 1200m up until we reached the top of Mount Torlesse (1961 m). It’s quite a hardcore unmarked trail climb so nothing for beginning trampers. The trail is hard to miss as it stays on the ridge the whole time. However, if the visibility is not good, you’ll need good navigational skills to stay on the ridge. 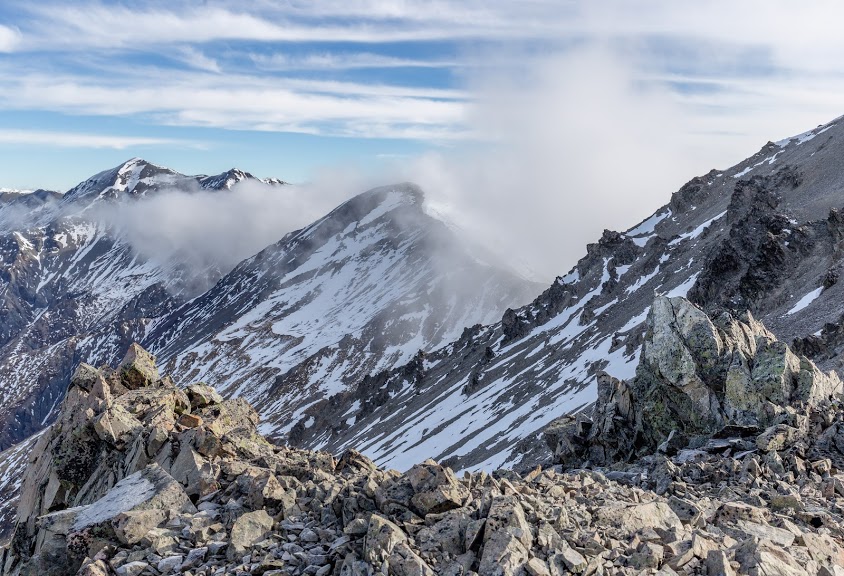 Ridges around are very sharp

Views from the top were great. We could see across the whole Torlesse Range and further to Black Range where I was just a couple of weeks before. As we got the top quite early, we agreed that we could make our way down via Red Peak (1953m). The path to Red Peak goes along a sharp ridge. It’s relatively easy-going with not too much descending or climbing but it could get dangerous on windy days. Definitely the best part of the trip though. The views were magnificent!

From Red Peak, we followed the southern ridge back down to Kowai valley. Quite an important thing was to move west from the ridge before we descended to the valley as the last part is too steep by its end. Somewhere there we missed the trail and got lost in broomy bushes. We eventually made it down the river bed but man, if you slip there and fall between the broomy roots, nobody will ever find you. 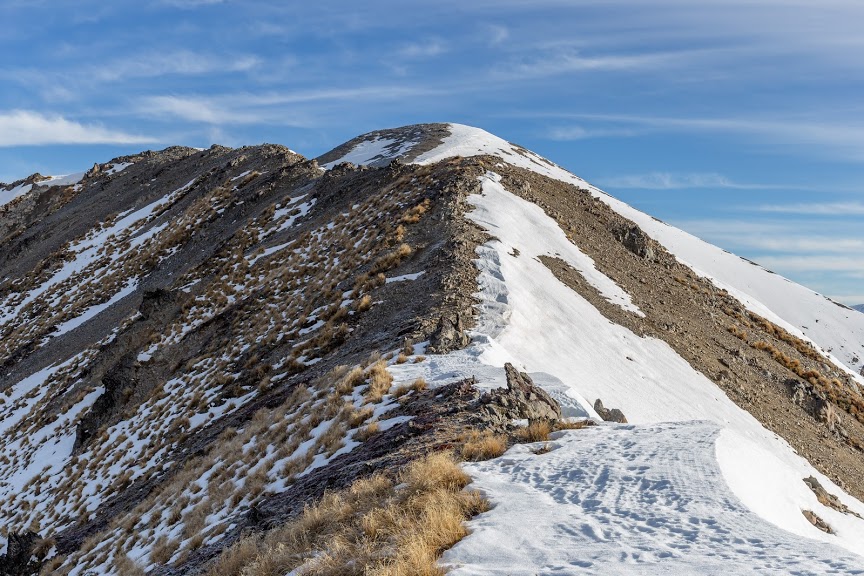 Back to the car, we just followed the trail along Kowai River. It’s possible to cross the river with dry feet, just cross only when you really have to. Sometimes you can stay on the western side of the river all the time, even though it looks like you need to cross. Just check the GPX. Oh, and don’t forget to get permission to walk on the farm track as we did, otherwise you have to walk in the river bed. Great tramp, for experienced trampers only.

Be the first to comment on "From Mount Torlesse to Red Peak in Torlesse Range, Canterbury"