There is barely a more iconic mountain in the Southern Highlands of Scotland than The Cobbler, also called Ben Arthur. It has such a good position within the Arrochar Alps that when hikers climb it, they often add in some of the other surrounding peaks like Beinn Narnain or Beinn Íme (to bag a few more munros in one trip).

It was a freezing morning in the middle of December when Anna and I decided to climb in the area. We decided to start with The Cobbler and then we’d see. We started down in Succoth and for the first half an hour or so we had to use head lamps for the lack of sun. I just love it – these mornings are kind of nicely miserable. You’re cold and it’s dark but you know that soon you’ll get warm and the mountains will light up when the sun rises! 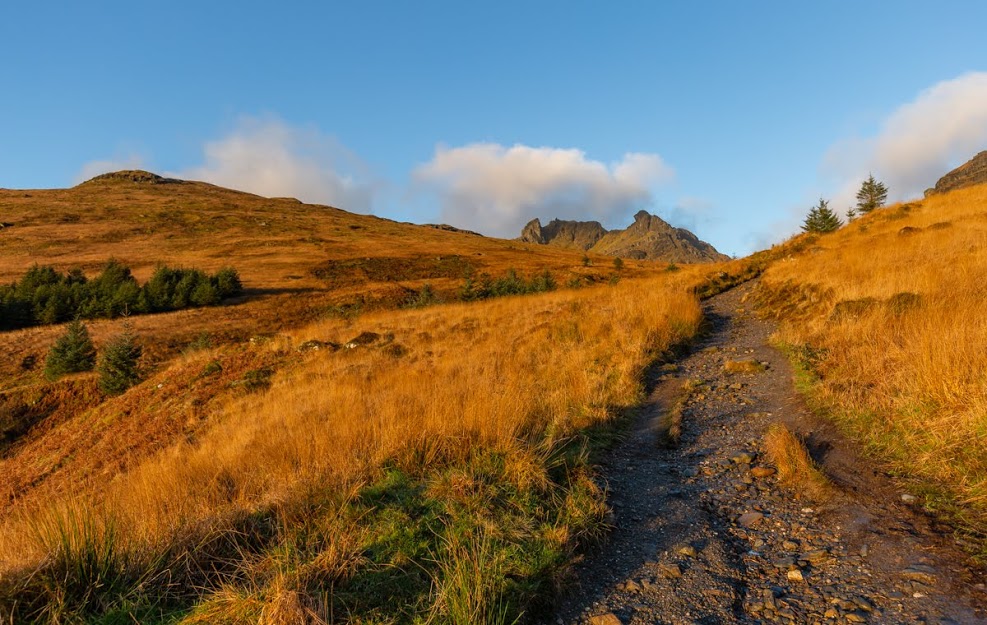 The first part of the path from Succoth is quite boring. It follows a zig-zagging forest road surrounded by trees so you can’t really see much. Soon after we got above the tree line, the sun reached us with its first touches. The light was incredibly orange. I’ve never seen anything like it and it felt like we were in a mandarin orchard. 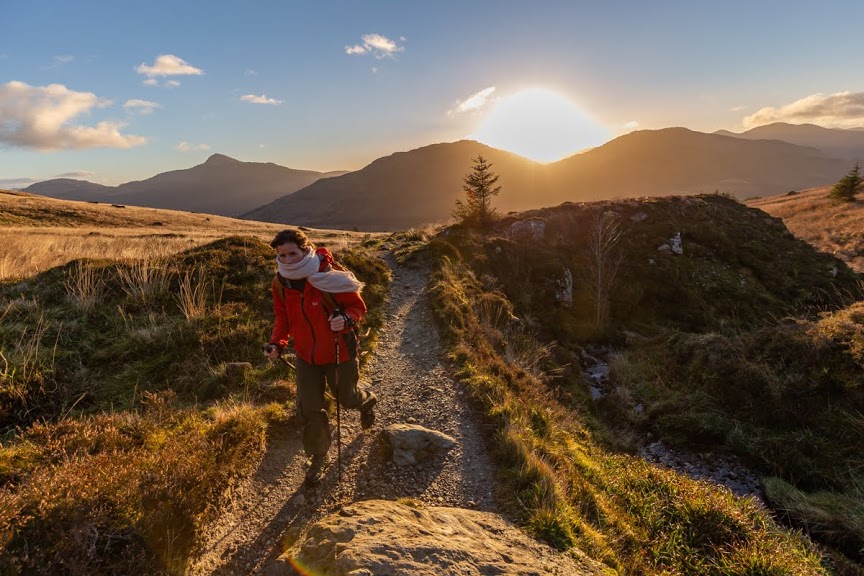 The trails are so easily visible in this part of Scotland that it is nearly impossible to get lost. But even so, somewhere half way through the mountain we found a sleeping bag and a tent. Both very poorly made and probably bought from a supermarket, we figured that the gear was abandoned by a “well prepared” tourist. We dragged the tent to the trail side and kept the fleece sleeping bag that Anna fancied as a warm (but heavy) addition to our bed in Glasgow. 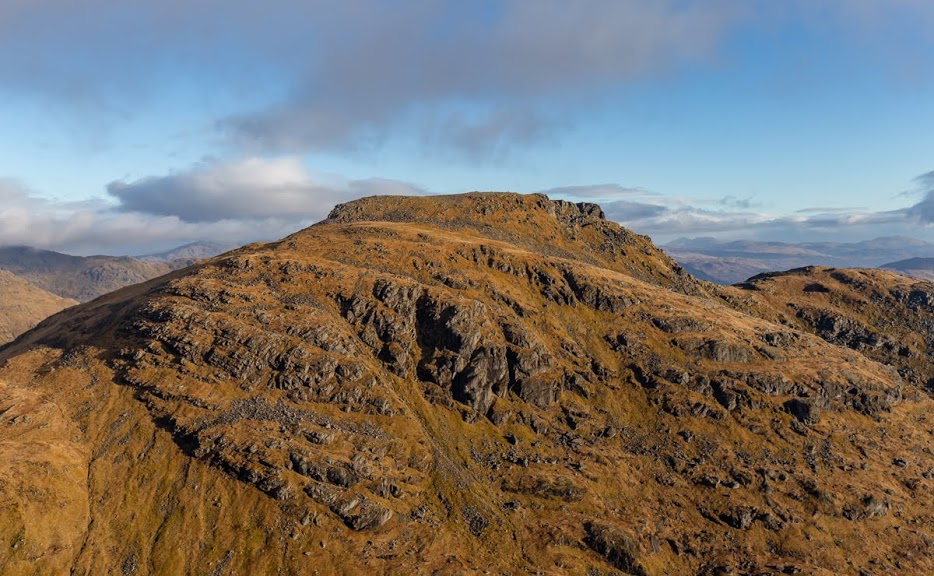 The path to the ridge was rocky but easy to follow and a bit of scrambling was required. As soon as we met the Cobbler‘s ridge, a strong wind connected to the lack of sun from the northern side made the trail a very slippery experience. That’s when accidents happen: when there is not enough ice for crampons, but it’s already too slippery to walk on. Well, we made it to the top anyway. The views were stunning and still tinged with orange.

From the Cobbler, the easily visible zig-zagging path goes to the ridge between Beinn Íme and Beinn Narnain. We followed it and, from there, continued to Beinn Narnain. We passed quite a few people there, all looking quite touristy and like they’d go for an afternoon stroll during their lunch breaks.

Beinn Narnain was quite foggy and could be potentially dangerous in windy conditions as some of its sides are pretty steep. Also, there were lots of “false” trails, heading only to a view point.

The path back to Succoth was quite tiring but easy to follow. In the forest there were bogs everywhere but that’s normal in a country where there are more bogs in nature than stars in the sky. 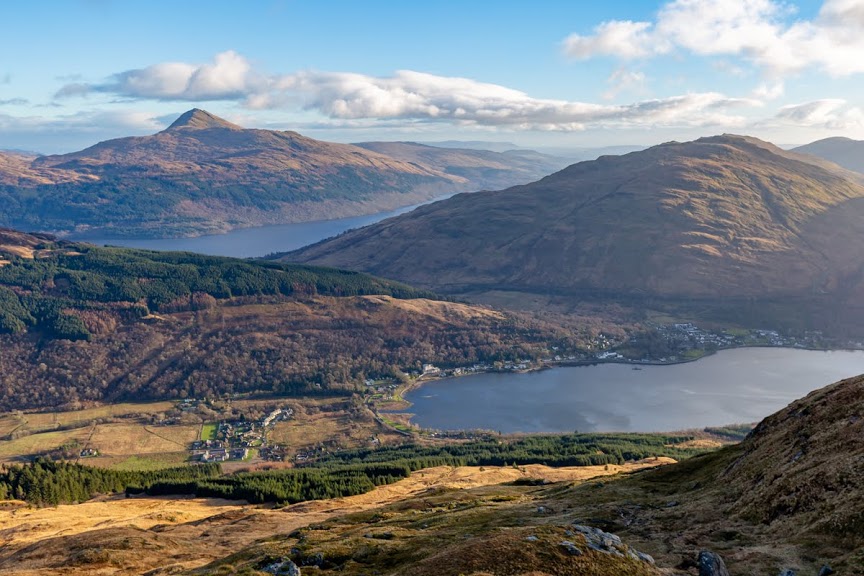 The Cobbler is a great mountain to climb, but it’s wise to choose a weekday to climb it. It can get really busy during the weekends as it’s one of the most visited mountains in this part of Scotland.