Has it ever happen that you went for a hike on a beautiful sunny day with a heavy camera in your backpack and when you wanted to take the first shot, the camera said “No card inserted”? Welcome to my first Saturday in October when Anna and I were hiking the Glen Loin Loop in the Arrochar Alps. At least we took a few pictures on our phones.

From the car park at Succoth, we went up the glen along Loin Water. The path was flipping from forest trails to forest roads every now and then all the way to the bottom of Ben Vane. It’s a rocky peak and with its height 916m it’s just 2 meters above the cut-off point to be considered a Munro. 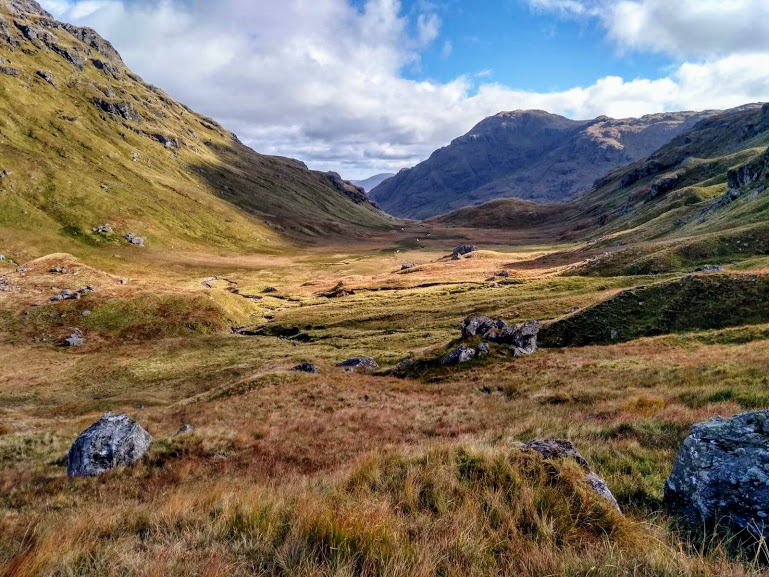 The path to the top was clearly visible and we passed many beautiful spots with amazing camping possibilities: dry, sheltered and flat. We didn’t plan on camping there so at least we checked them out properly on our breaks. We also met a dead sheep on the trail which was a reminder that nature is not only about life.

After reaching the top, we headed west, straight down to the valley between Ben Vane and Beinn Íme. We soon realized that we were the only hikers who continued on to do the loop. We met about a dozen hikers on the way up but they all turned around and went back the same way. It’s an exciting feeling to know that you’re the only one hiking around off trail. I’m still getting used to it. 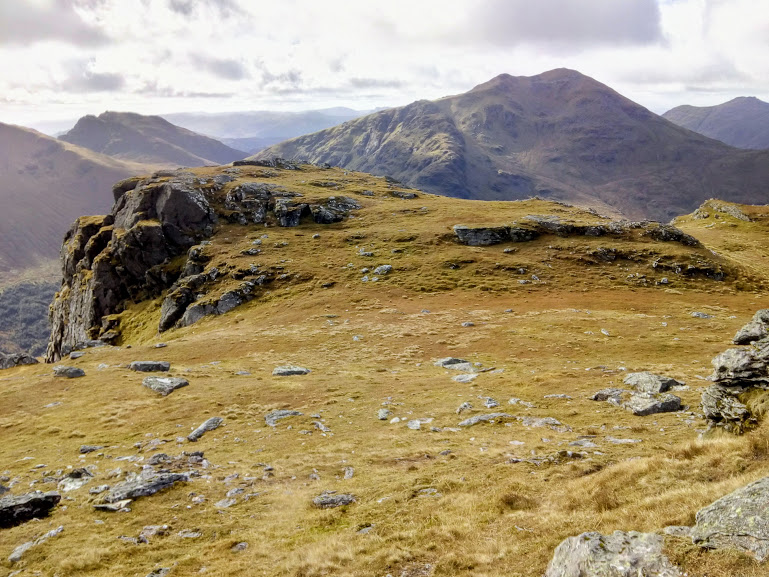 We found the saddle between two Munros without any trouble although there was no visible path, and started climbing up along the middle stream of three. This is quite important: don’t follow the stream on the left unless you have a few ladders, rope and desire to rock climb over a wet gorge. There’s no clear route, but following the middle stream makes deciding which way to go a little easier. 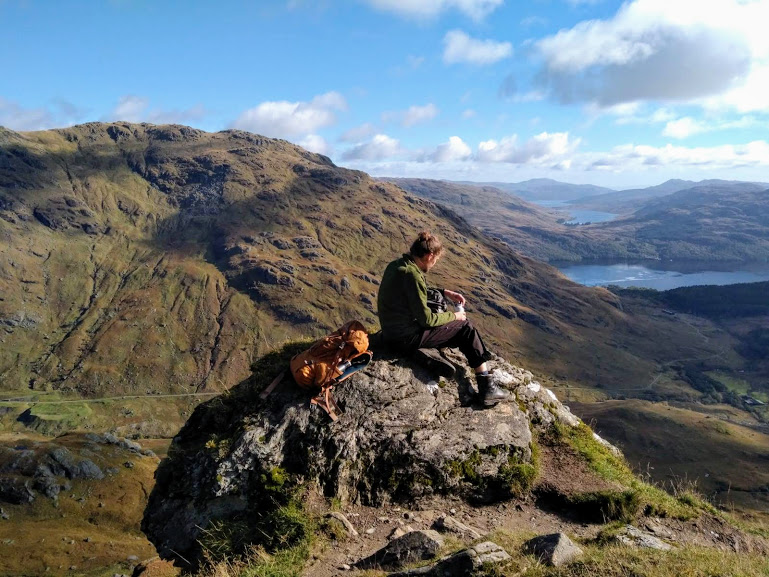 Going up the Glas-Bhealach (saddle between Beinn Íme and Beinn Chorranach) was quite straightforward. Once we reached the saddle, we turned west and went straight up to the top of Beinn Íme. This part was a tiny bit tricky since you don’t really see where you’re going because the peak is hidden and if it gets foggy, you might have a trouble knowing whether you’re heading the right direction. A compass would be definitely useful here. But, in saying that, there was a vague path visible so we weren’t walking completely blind. 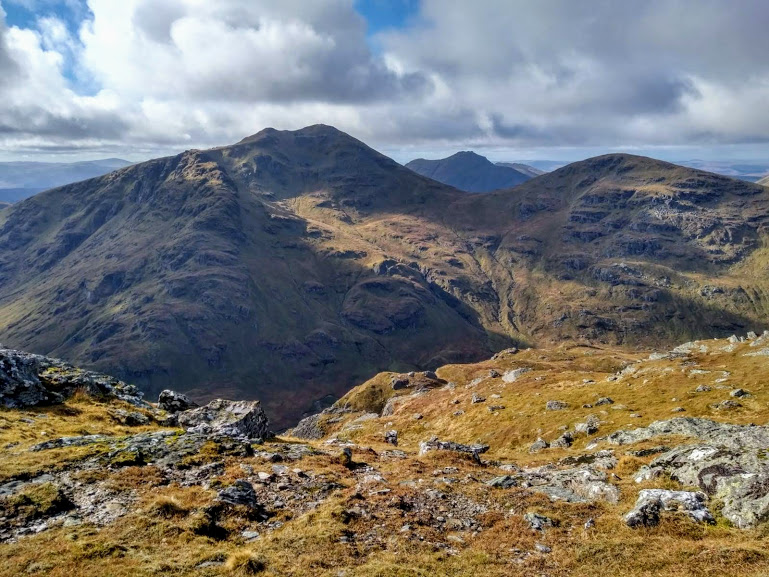 We hit the peak exactly where we were supposed to though. From there, it’s a true hiking highway down the car park. We decided to pass on adding an ascent of the Cobbler this time as our legs had just enough, but we intend to come back and explore that on a future hike. 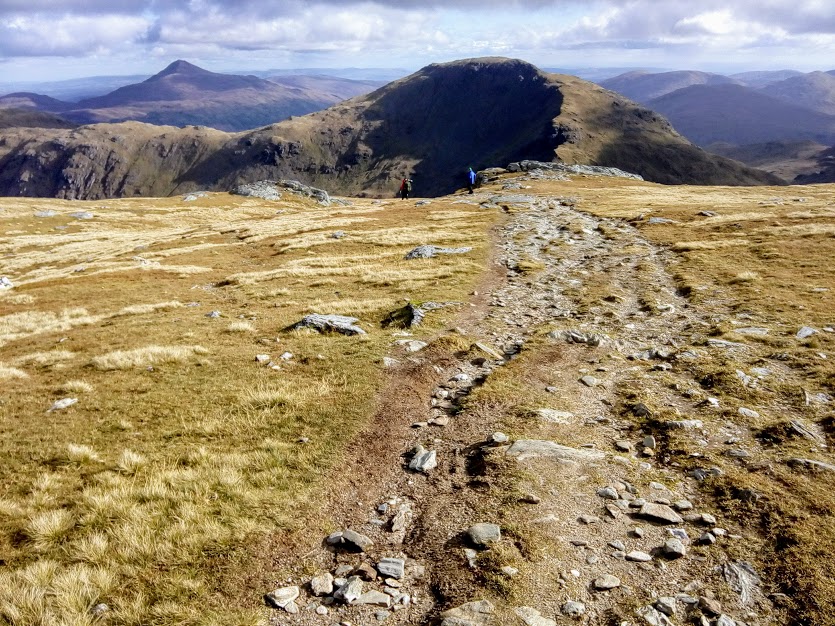 Both of the Munros, Ben Vane and Beinn Ímme, are popular mountains to climb with easily visible paths. Nevertheless, the path connecting them is non-existent and you should have good navigation skills to overcome that section.

Be the first to comment on "Hiking the Glen Loin Loop in October, Scotland"