Cyprus is a well-known holiday destination for many Europeans who want to escape the mainland’s winter. It’s also known as a good walking and hiking destination. If you’re interested in going hiking  in Cyprus, this article should give you a good idea of what it’s like, where to go and how to prepare.

If you’re after hiking in Northern Cyprus, check the linked article.

How to get to Cyprus

Simply put, flying is the easiest option.  Low cost airlines like Ryanair or Wizzair fly to Cyprus quite often. You can also take a ferry from Greece or from Turkey (Kyrenia to Alanya). But most people these days just jump on a plane and let it take them to one of the centres like Paphos, Larnaca or Nicosia.

The flights are reasonably cheap, especially slightly off season. Keep an eye on holiday/winter/Easter sales.

How to get around Cyprus

Buses are relatively good. They run quite regularly between the cities and villages and if they don’t stop where you want, just ask the driver to drop you off at the trail head. You can also wave at the bus when it’s passing; the drivers are often friendly and happy to stop for you.

Usually, hitchhiking is an option, too. We hitched there a couple of times and our experience was always very good, drivers being friendly and happy to stop. On the Turkish side, a driver even stopped and gave us a ride without us having to put our thumbs out. 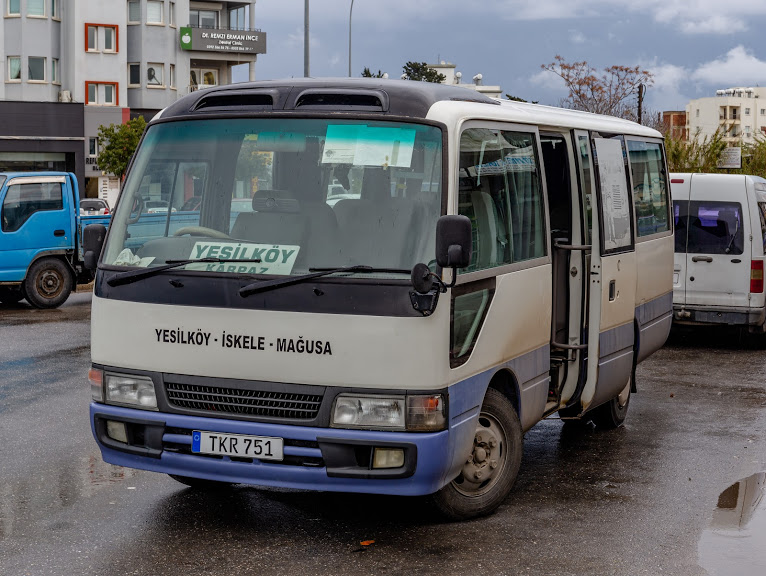 Bus going from Famagusta to Dipkarpaz

Hiring a car is a good way to go and surprisingly cheap when you come to Cyprus out of the main season. I’m still not quite sure how it’s possible but we hired a car for a week for 3€ a day (February). We talked to a couple from the UK who had been living in Cyprus for a few years and they explained that they often hire a car for a month and it doesn’t cost them more than € 50. These are winter prices though. In the summer months, add a zero.

Where to go hiking in Cyprus

There are two main areas  for hikers in Cyprus: the Troodos Mountains or the Akamas Peninsula.

The Troodos cover a huge area of the island and you could easily spend weeks hiking around. Akamas is much smaller than that – in fact, you can cross it in one day. But what Akamas doesn’t have in its size, it does have in its beauty. At least to me, it’s more magnificent and wild than the Troodos Mountains that can be somewhat monotonous.

I would recommend going to Akamas for a couple of day trips, then going to spend a week in the Troodos Mountains, and then going hiking in Northern Cyprus. 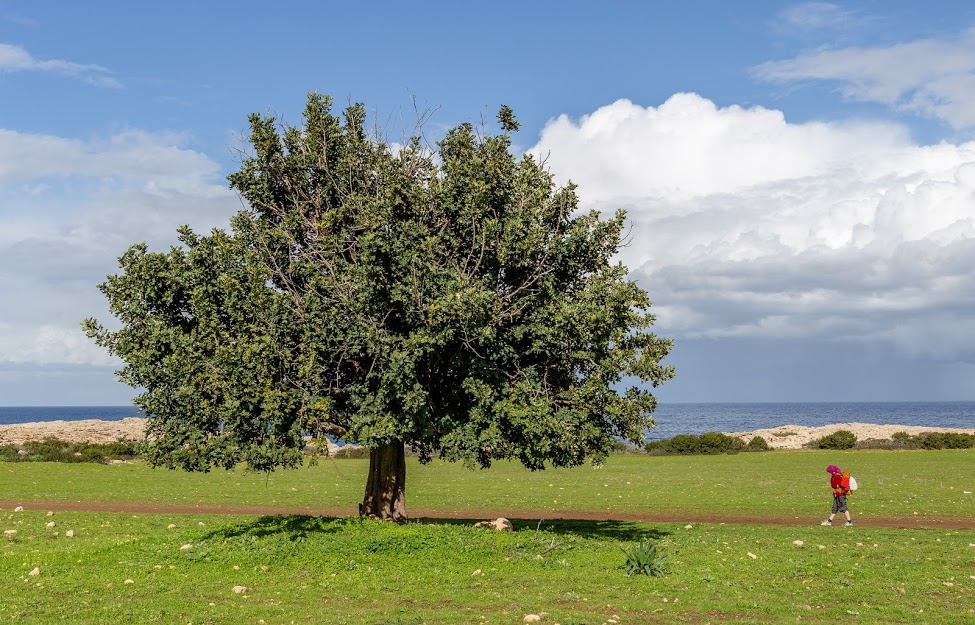 To me personally, hiking in Northern Cyprus made a bigger mark on my soul. I found it more adventurous, more magical, less touristic and in general I was getting better vibes.

The trail marking is sometimes good, sometimes alright and sometimes non-existent. Always have a map on you as you don’t want to get lost. Dehydration in the summer could become serious in a matter of hours.

When to go hiking in Cyprus

If you’re a serious hiker, don’t go to Cyprus in the summer. I was there in the hard winter (February) and even though it was a bit rainy, the temperature for hiking was just perfect. It was sunny, but not too hot.

I reckon that the best time for hiking in Cyprus would be spring and autumn. Summer is so hot that you’d only want to sit in a cave and drink cold margaritas all day long.

Obviously, you can find yourself an AirBnB. We stayed a week in an apartment and paid not more than 20€ a night for both of us, including the bills. That’s reasonable I’d say.

You can also use campsites but I’d avoid the campsites on the coast. They’re so big that you can’t see where they end. They’re kind of party campsites. There are a few campsites in the Troodos Mountains like the Troodos Camping Site. It could get busy but it’d be quite a good base for Troodos.

Wild camping is possible in Cyprus, especially on the Turkish side. Just avoid beaches, busy areas and protected land like the Akamas peninsula. Beginners to camping can learn more at https://www.techiecamper.org. 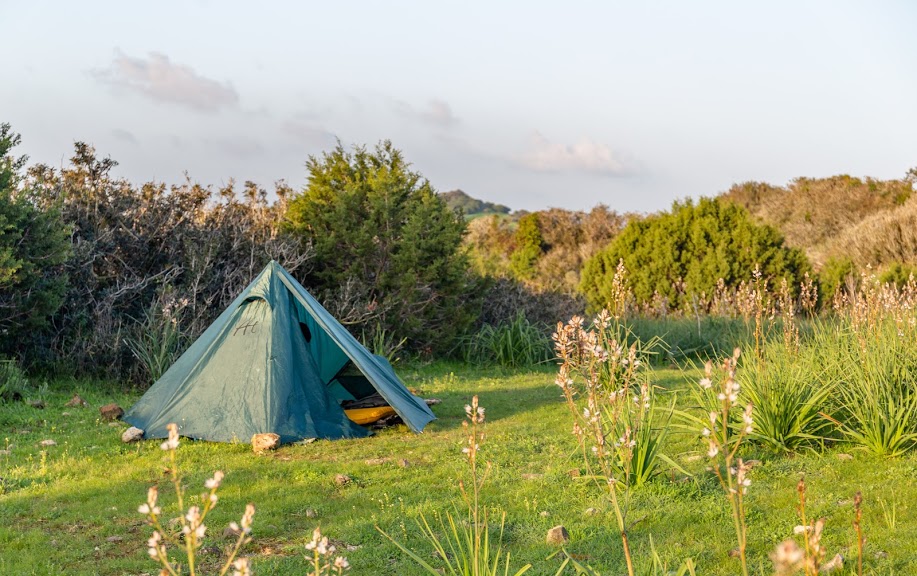 There are a lot of restaurants in the cities serving a never ending supply of meat kebabs, but if you decide to go to more remote places like the Troodos Mountains, research carefully where you can stop for lunch and where you can get water. On the Akamas Penunsila, there is barely any drinking water available so make sure you always have more water than you need. Speaking of water in Akamas, I found only one stream there, and it was in Pyrgos tis Rigainas which is along the Afrodite Trail at  35.0594386N, 32.3262861E – and this was in the winter. Summer is likely to be completely dry.

There are a few hiking guides for Cyprus but man, you just cannot go wrong with Cicerone. Sometimes I feel like a free advertiser of Cicerone guides but what else to do if they’re so good?

Considering maps, you should be alright with the linked guide as it contains maps, too. As a backup you can use Mapy.cz on your smartphone. These maps can be downloaded on your phone for free and they contain most of the marked trails. See for examples trails around Mt Olympus.

Overall, we enjoyed out Cyprus trip. It was a little sad seeing so much plastic on the beaches but there had been a few good storms before we arrived so there was more than usual washed up. And, this is a global problem so it’s going to be visible everywhere soon.

The Cypriots still struggle with the pain of their recent history, but we found them to be friendly and tolerant of useless tourists like us!

Hiking in Northern Cyprus: essential information before you go

4 Comments on "Hiking in Cyprus: essential information before you go"