I can’t remember the last time I went for a hike with my mum. It must have been over 20 years ago. And here we are – my mum, Alena, my sister, Nela, a family friend Liba and myself, all standing by a car at White Horse Hill Campsite in Aoraki National Park, ready to climb a thousand vertical meters to Mueller Hut. 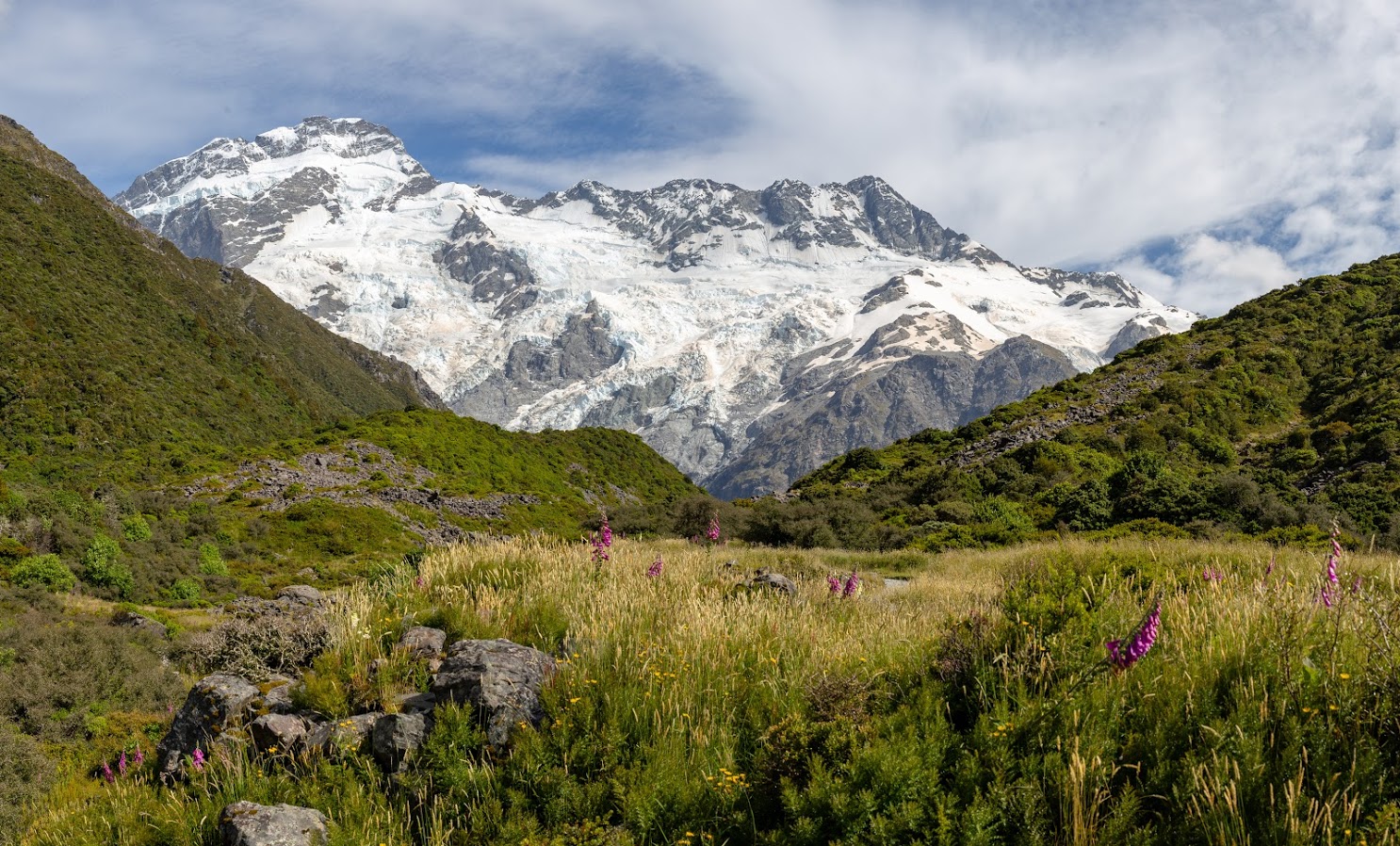 We started off around 10am. First, the trail goes along Mueller Lake but at Kea Point it turns sharply left. Then, it becomes steps, and stays that way f0r 1833 of them. At least that’s how many steps we counted on the way down, but I was told that it would be the same amount if we had counted it on the way up.

We had a decent break at Sealy Tarns which are nearly exactly halfway up. From there, an actual marked alpine route starts. 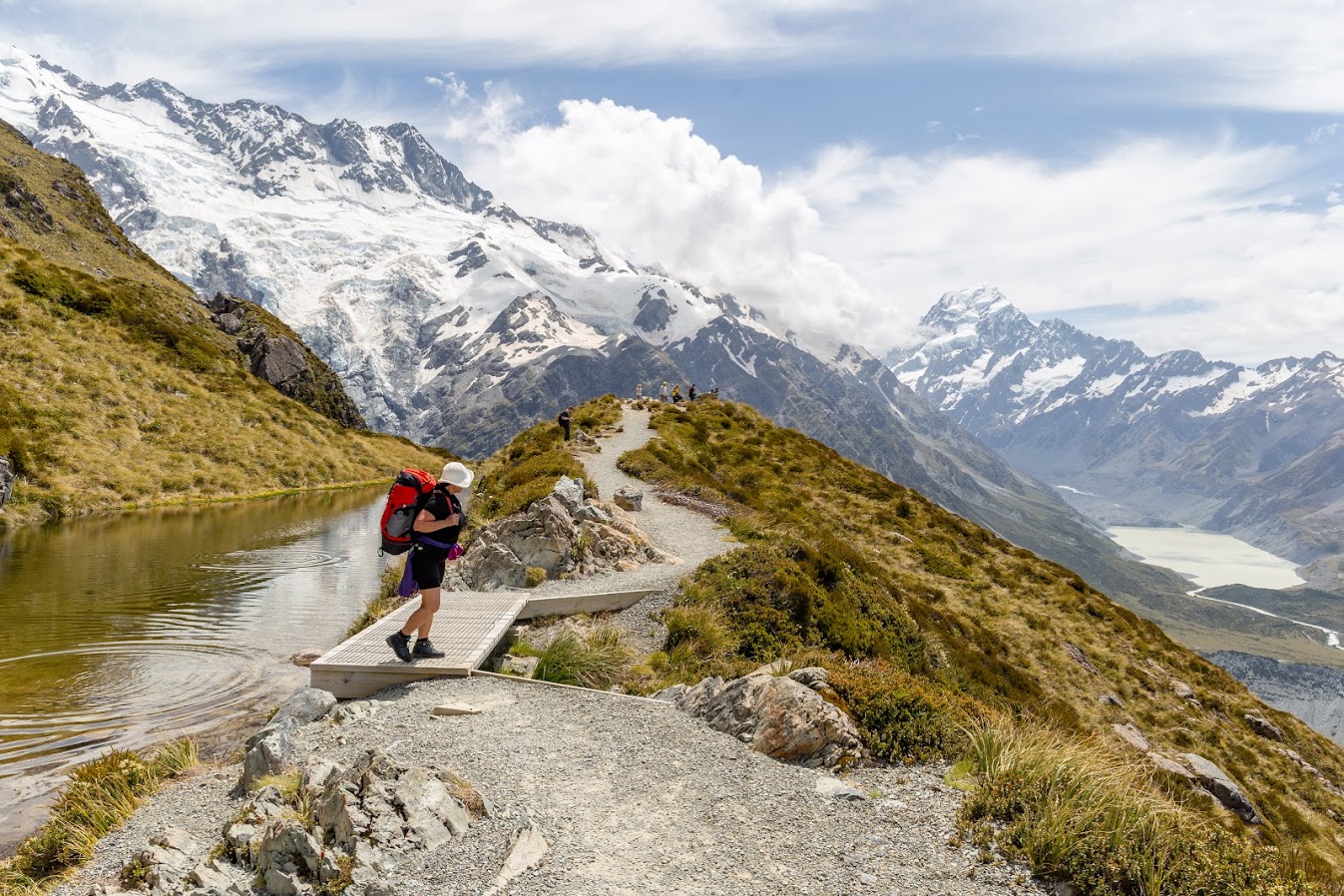 As my mum and her friend are around 60 years old and not regular hikers, it took us around 6 hours to climb up to the hut. I have to say that it might have been a tiny bit too much for them as it was the first hike they’d done in New Zealand. They enjoyed it tremendously though. At least, that’s what they told me.

We reached the hut around 4 pm. To my surprise, we were some of the first to arrive. People continued to arrive until after dark, most of them with blankets under their arms or sleeping bags taped to their day packs. Some of them weren’t even carrying a jacket or any water, which is irresponsible and very stupid in an alpine environment, so please don’t do that.

The hut itself sits on the slopes of Mt Ollivier in an unbelievably beautiful place. On a cracking day, you can have it all: the surrounding mountain massifs covered in snow, dramatic sounds of breaking glaciers, Mt Aoraki turning into a pink sugarloaf during the evening sun, a dozen kea screaming at each other to the point that it eventually became annoying, and much more. 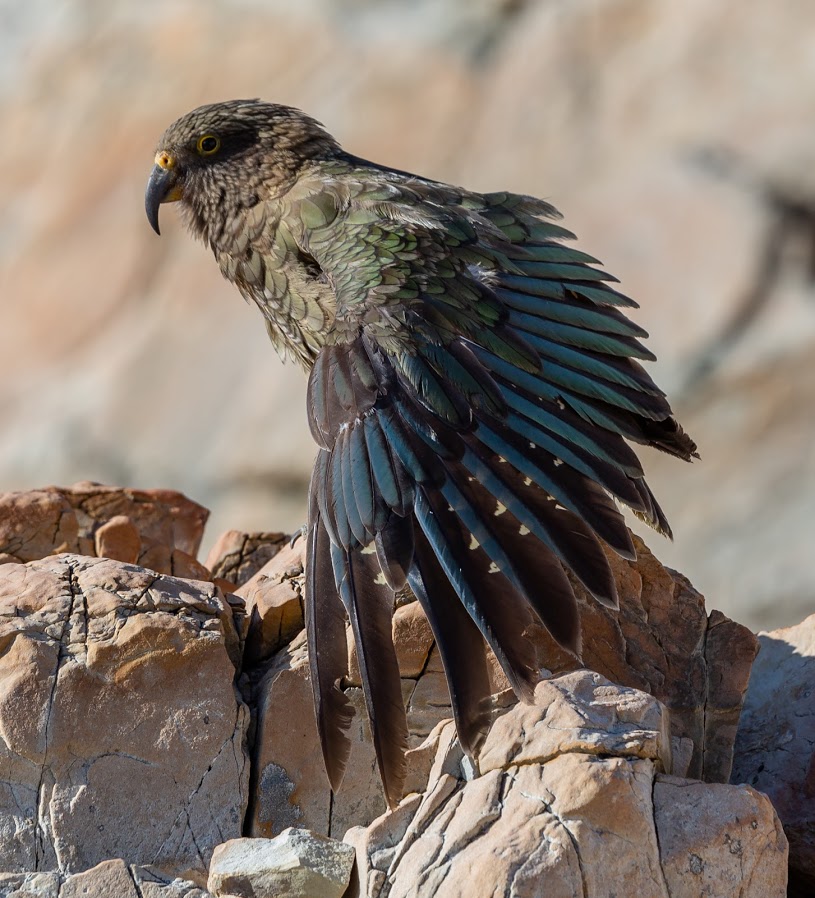 Our idyllic evening was interrupted only once when a rescue helicopter came for a girl who tried to slide down on steep snow. She managed to slide, however, she didn’t manage to stop and ended up amongst the boulders and scree. We’re not sure how serious the fall was but after seeing where she fell the next day, slipping from the top could have had fatal consequences.

By 9 pm, the hut was full. There were around 7 tents outside. We went to sleep around 10 pm but people stayed awake until 2 am, drinking and playing games. Now I understand why Mueller Hut is sometimes referred to as “the highest elevation hostel in New Zealand”. The rooms are well insulated though so it was all good. We slept reasonably well and long (my mum around 14 hours) and the morning after we started to make our way down. There was only one tricky bit – the snowy patch where the woman slid the day before. As soon as we overcame this bit, I knew we’d be fine. 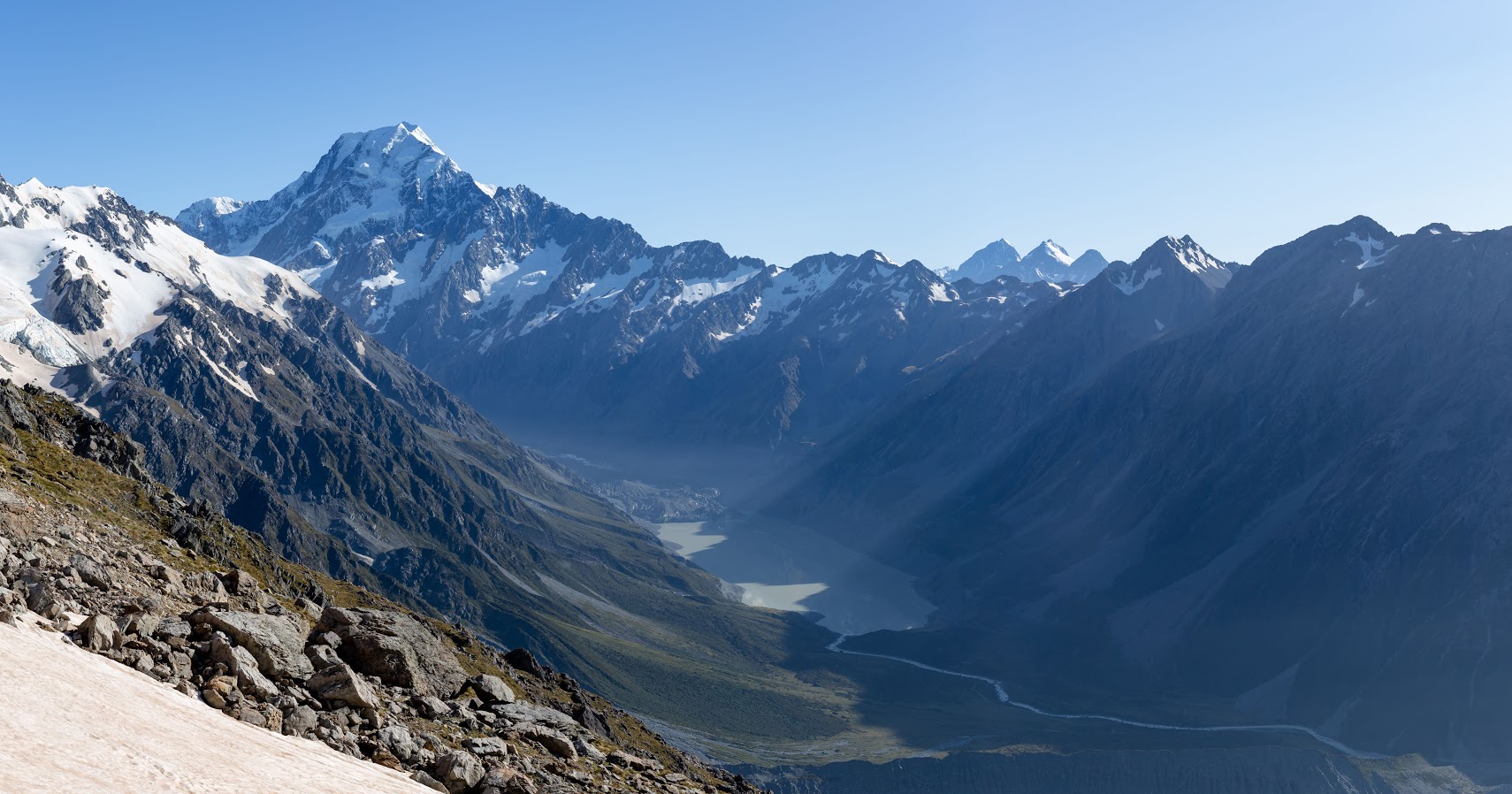 It took us about 3 hours to get down which was far less than I expected. I have to say that I was really proud of my mum and Liba that at their age they managed to climb up and down and still stayed positive about the whole experience, even though they were obviously tired. Actually, I think they were proud of themselves too as there wasn’t a day in the following two weeks when they didn’t mention the climb! 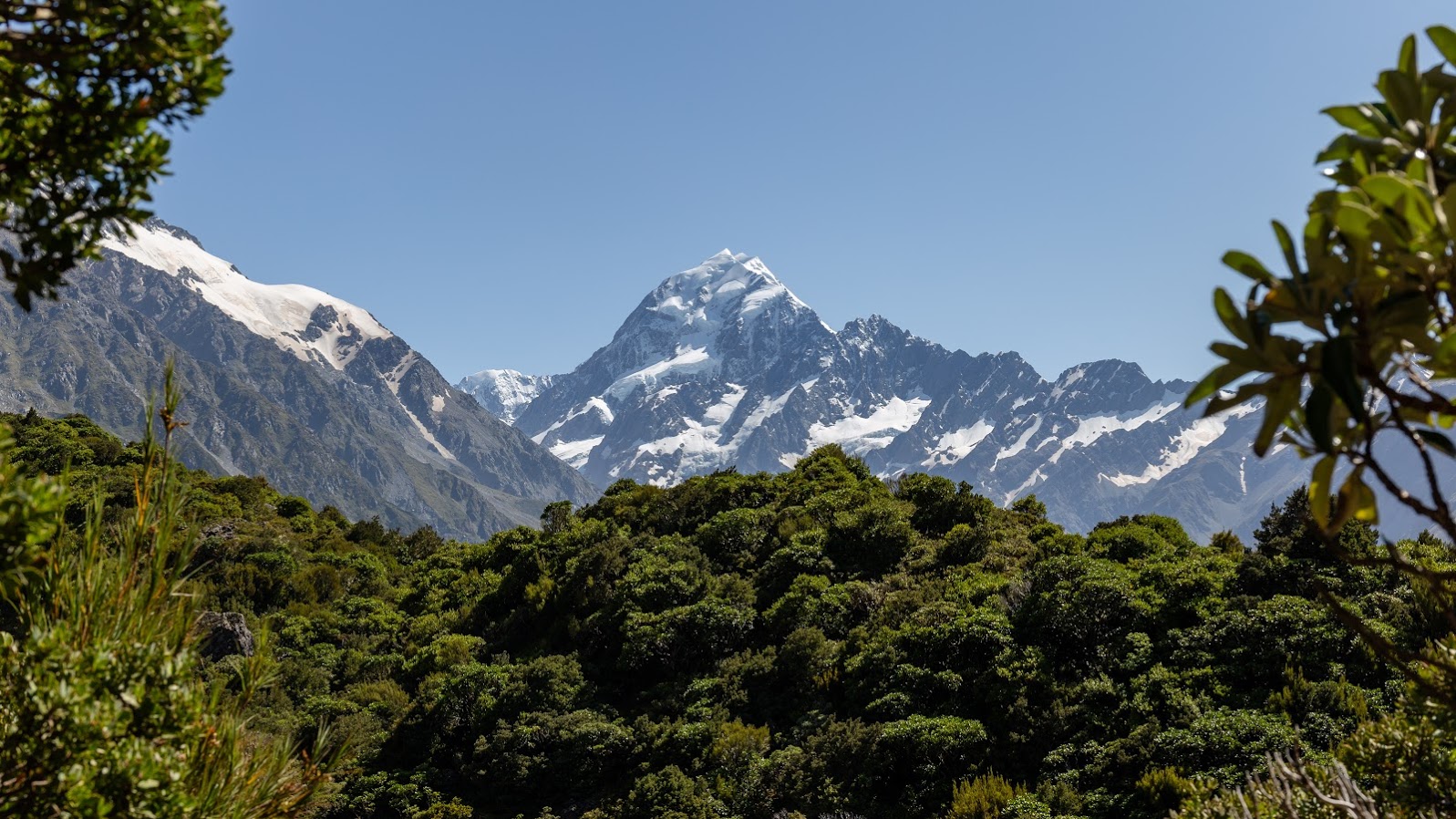 Kirwans Hut on the West Coast

Be the first to comment on "Cracking day at Mueller Hut"