After my last trip with the Christchurch Tramping Club to Boundary Creek Hut, I felt pretty motivated to try out something harder this time. Just clearly based on its name, Mt Misery sounded hard enough to me.  There were 18 of us that day. It was Sunday morning and we arrived at the parking lot at the corner of West Coast Road and Cass Road. It was magic already: fog was slowly going up, the sun was shining, people were excited with big smiles on their faces.

The plan was simple: cross Cass River, climb Mt Misery via Snowslide Valley, get back before dark. Nearly nothing of this happened. 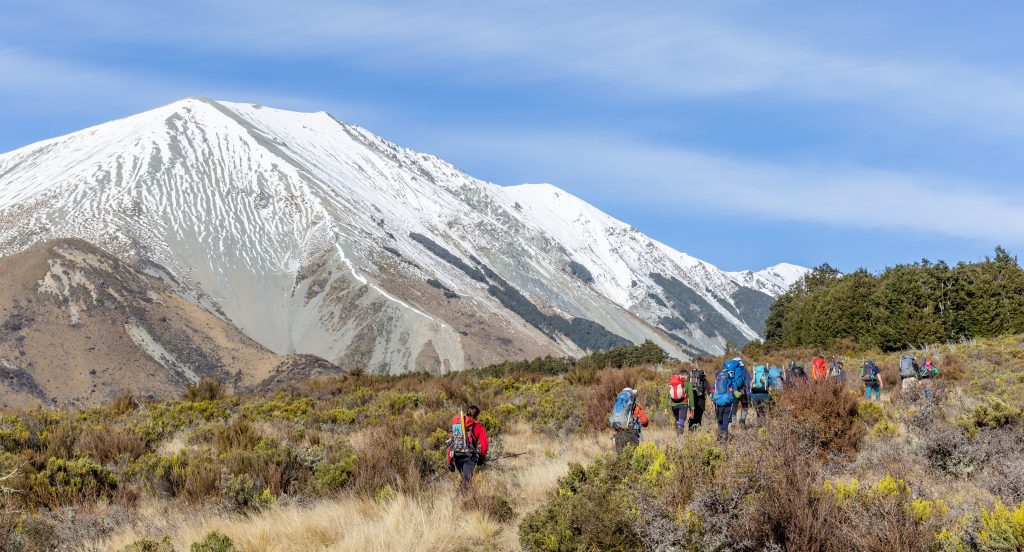 We crossed the bridge over Cass River (cheaters!) and started to follow 4WD road. Soon after, it turned into a hiking track. Then, it turned into something that slightly reminded me of the chamois track, and a few minutes later it disappeared completely. These moments are very common in my hiking life. 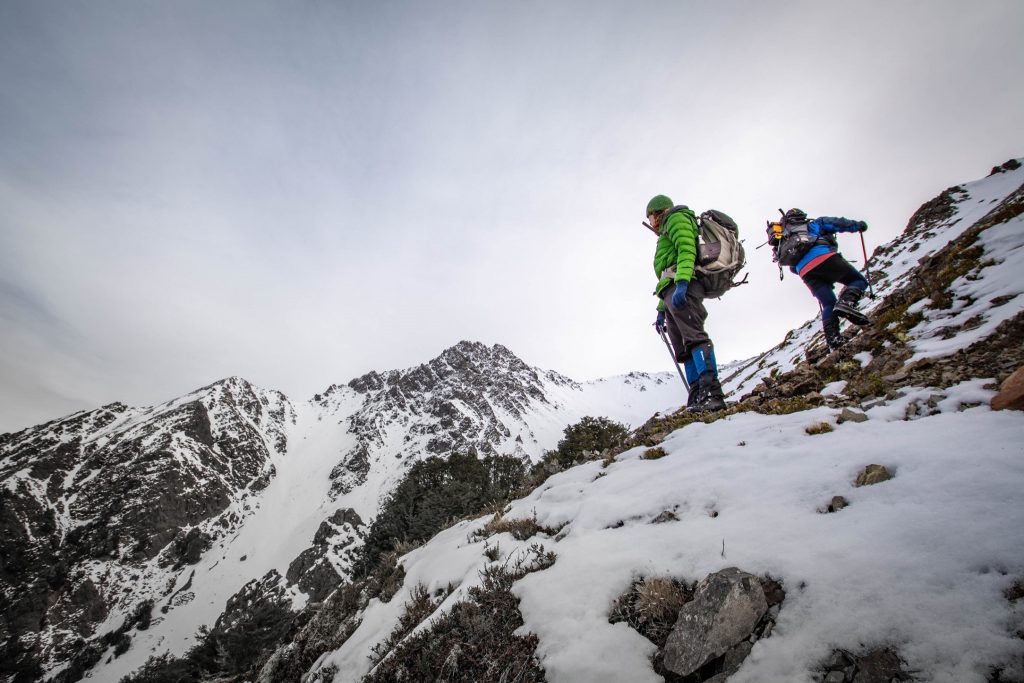 Me somewhere in the middle of the mountain, trying to climb up. Photo by Zack Williams

We started to zig zag on a fairly steep slope on the southern side of Mt Misery. I soon began to regret that I didn’t take shorts. The sun was so hot! Damn, where is the winter now, when I need it? Hiking over a few snowfields, we reached the eastern ridge of the Snowslide Valley on the southern side of Mt Misery. Somehow we managed to divide into two groups. One smaller group was about 200m down, the rest of us were waiting up for the smaller group to come up. Instead of that, they entered the bush behind us. We haven’t seen them for the next hour. They appeared again in Snowslide Valley, about 500m away, while we were climbing the sharp ridge on the Eastern side of Snowslide Valley. How did it happen that we separated so much? 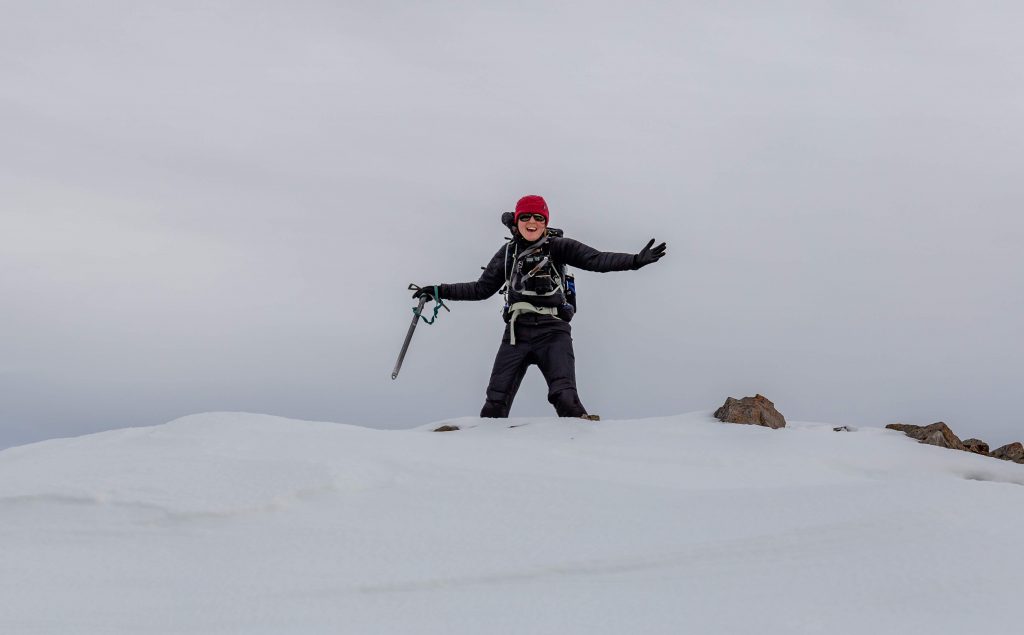 Emma at the top

We kept climbing the ridge. It was quite icy but not enough for crampons. The wind was very strong. I’d guess about 80 km/h and we could barely stand it. I was really happy that I didn’t have shorts. I think if I was there alone, I’d bail, but with the group it was different. It gave me a beautiful feeling of security. Which is totally false of course and I knew it, but the group pushed me a just bit further which was enough that day to climb to the top. And that’s why I’ll be happy to go with the club again and again. 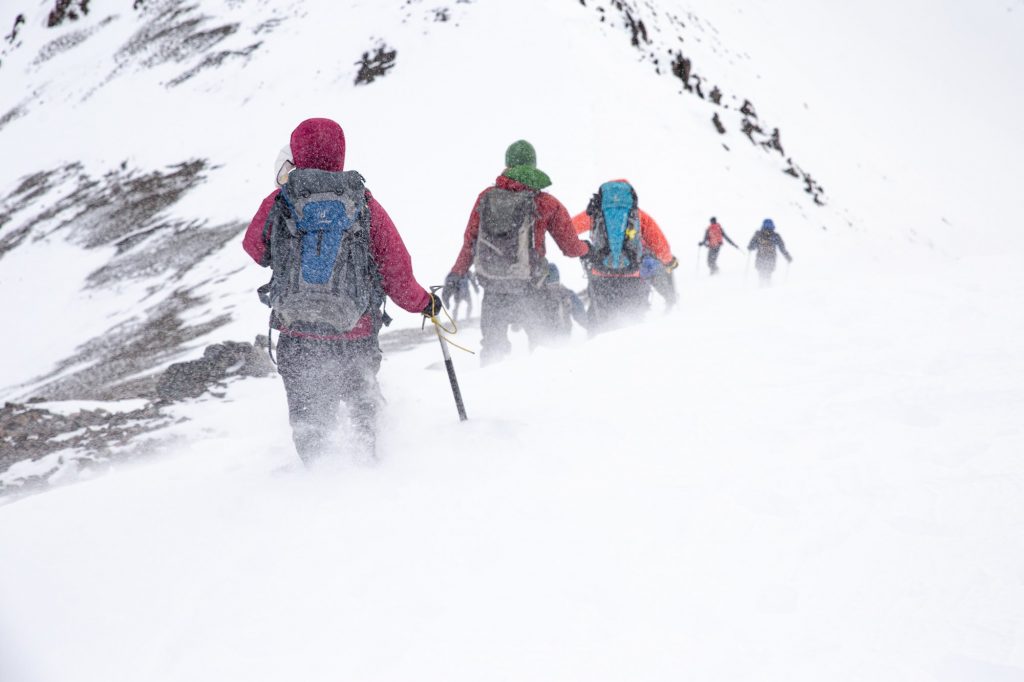 We reached the top, stay on it for about two seconds and tried to find a sheltered spot. There wasn’t any. The wind was now so strong that most of us were crouched and running on snow the Western ridge to the saddle. That was the only ridge that didn’t look too steep. We passed the saddle and continued down the valley where the wind stopped nearly entirely. Strong gusts were still bringing snow and ice into our faces so we didn’t wait for too long and off on our bums we started sliding down the valley. Sliding on bums really helped us to get down faster! We followed Snowslide Stream and got to Cass River. From there, we simply followed the river all the way back to the car park along Cass Lagoon Saddle Track. Don’t think it was a pleasant walk through; it included multiple river crossing and we all got wet boots. 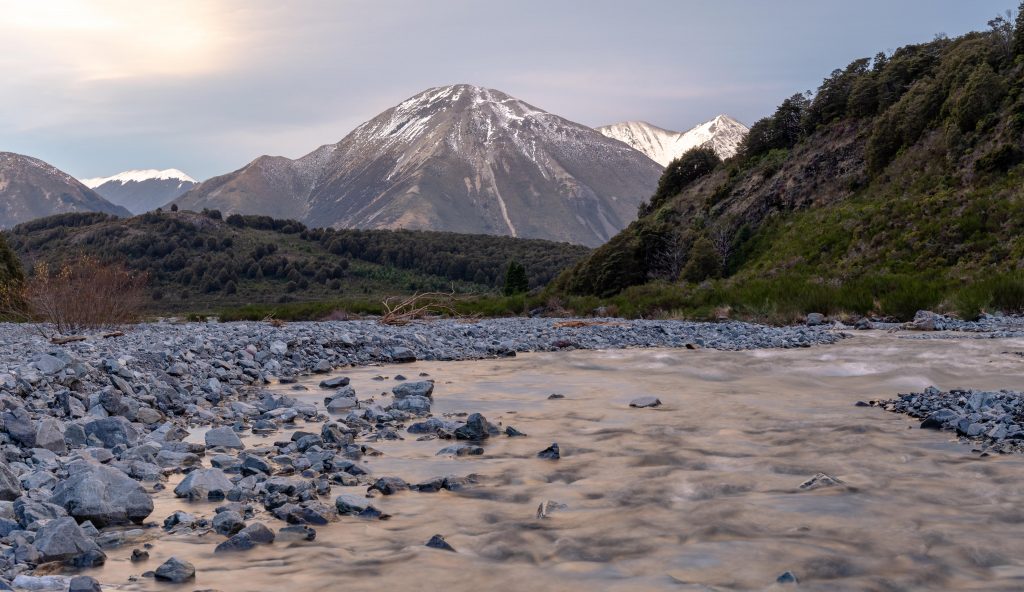 When we finally reached the car park, we were all wet but happy. The ideal time to go to a pub for a pint!