Our first plan was to hike Sabine Circuit. That didn’t happen. However, this long weekend still turned out to be our greatest snow adventure of the winter of 2019.

Anna and I started off at the carp park by Lake Rotoiti where Mount Herbert Road meets Lakeside Track. We thought we’d be safer down here rather than at the car park at the end of the road. It can get snowy up there and we didn’t want to risk driving down the mountain on ice. We walked up the road to its end and hit Speargrass Track around 9am. That’s a descent time to start considering we were driving from Christchurch that morning. Speargrass Track was leading us through a beautiful native bush. Even though it was in the middle of the winter, the temperatures were exceeding 15 degrees. Sun was up but not shining at us as we were protected by the bush, birds were singing and warm breeze was keeping us warm enough to hike in shorts and T-shirts, you can check out this useful reference to help you find the right clothing in your next adveture. As this time it was perfect with a perfect winter bush hike. 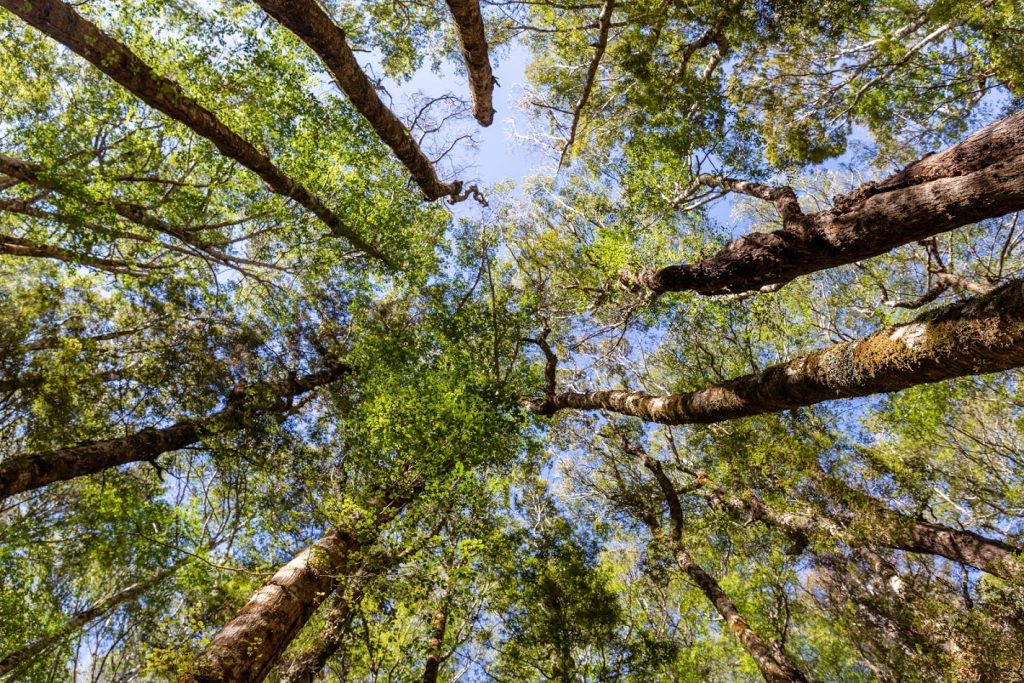 When we reached Speargrass Hut, we were tempted to stay there for a night but we knew that the weather should get worse in a couple of days so we decided to push further. 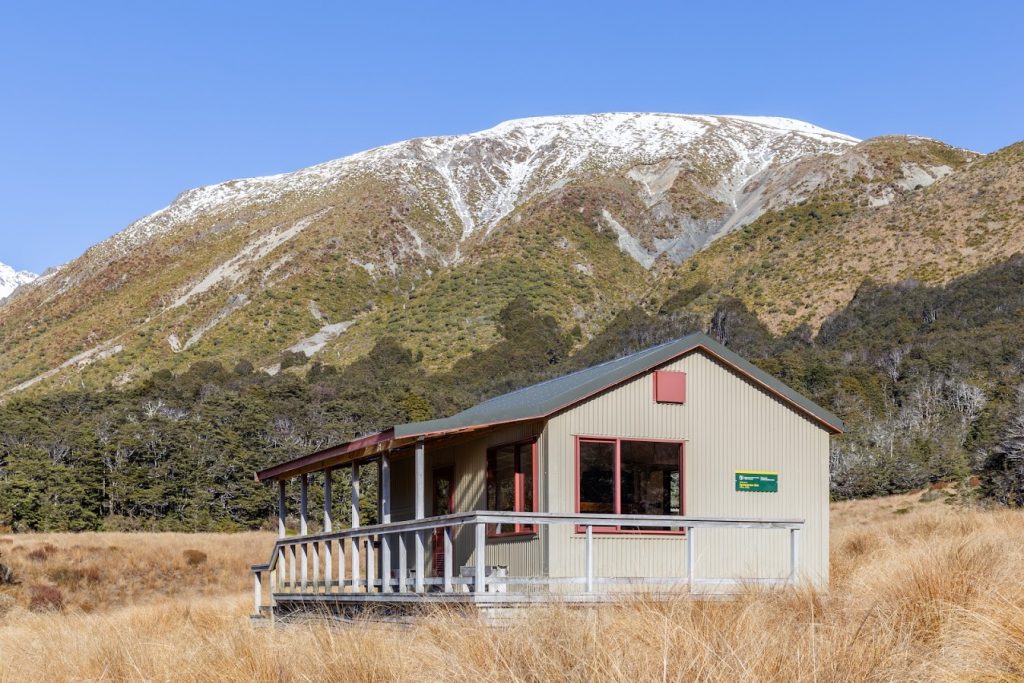 Speargrass Creek Trail which was heading up towards Angelus Hut was quite easy to start with. We basically had to hike from 1100m to 1750m and that was it. As we were getting higher and higher, it was gradually getting more and more snowy and soon we were walking across a meter deep layer of snow. There was a lot of avalanche debris around so we knew that it wouldn’t be a good idea to stop for a lunch around here. The snow was just wet and it didn’t hold most of our steps so each step was like a doing a squat. We were constantly sinking lower and lower under the snow. Each step was a hard work. At one point, somewhere about 1600m, I was thinking that this is one of the hardest tramps of my life. And in a certain way it was as I found myself to be really exhausted. We reached the top of the ridge at 1750m on the edge of sunset and I was just thinking “Oh man, a few more meters up and I’d have to make a bivy here”. To Angelus hut it was just a short bumslide. 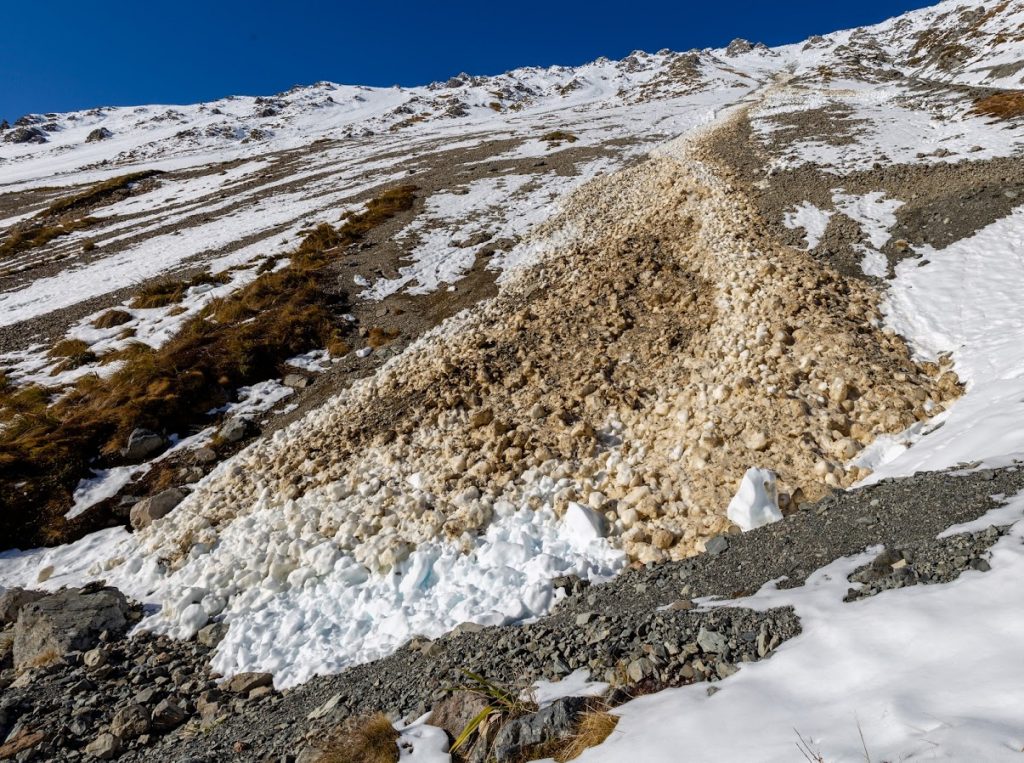 Angelus hut was covered in a thick layer of snow. When I opened the hut door, welcoming warmth of a fire hit my senses. There was a guy in flip flops with a broad smile saying “Oh, hi there! That’s quite unfortunate to come to such a warm hut when outside it’s so nicely cold ay?” – and I just reply: “Oh yes, I was so excited about the hut being even colder than outside and it’s disgustingly warm in here!” And we knew we’d get along. It later turned out that the guy was Graeme from Tramping.net.nz and you should definitely check out his site. Graeme’s done some epic adventures and has a good attitude towards hiking and living. 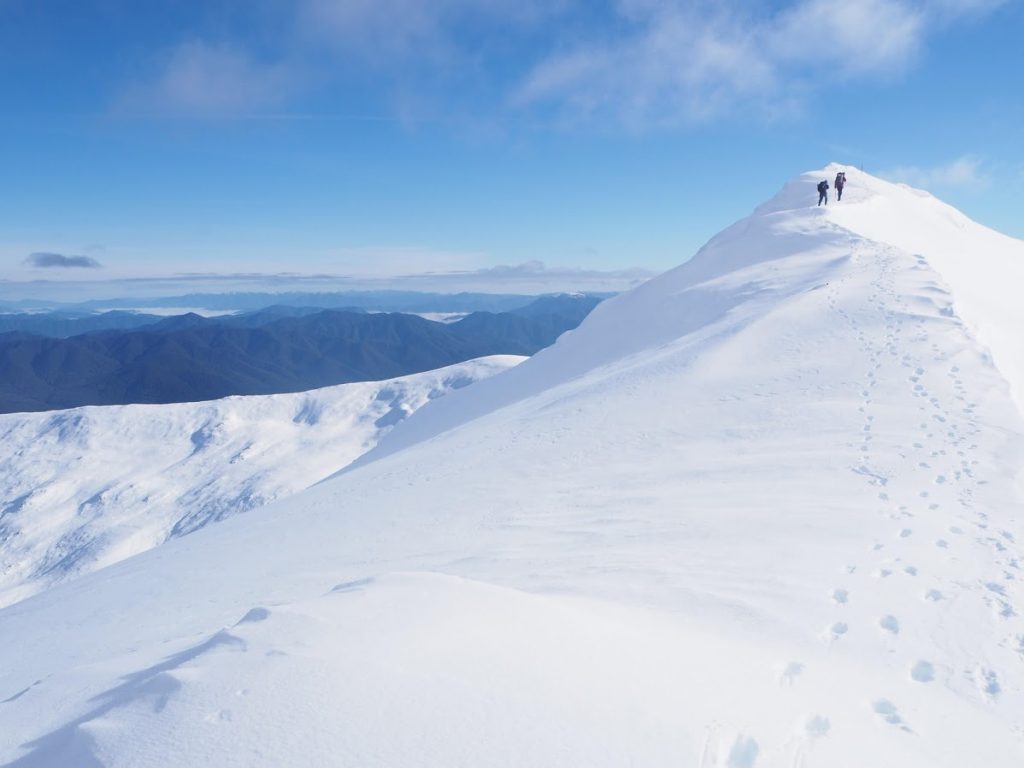 Anna and I along the ridge. Pic by Greame from Tramping.net.nz

Later in the evening, another couple arrived at the hut. We went to sleep quite early and let the decision where to go next for the morning. Anna fell asleep with a big smile on her face so I could tell that she was happy as she always is when we’re out there.

The following morning was even more epic than the evening. Yellow light with purple clouds were playing above the silent tops as snow was being blown off the sharp peaks. We decided to call off the Sabine Circuit as the Cascade Track was extremely icy and it’d be madness trying to descend down there in these conditions. Hopeless Hut which is in the next valley got closed short after that and didn’t open until October. Instead of going down by Cascade Track, we decided to descent to Sabine Hut. We still could have continued to do Sabine Circuit from there but I was worried about the snow situation at Poukirikiri Saddle. It was 2 days away and we knew there was a lot of snow coming in the next two days. 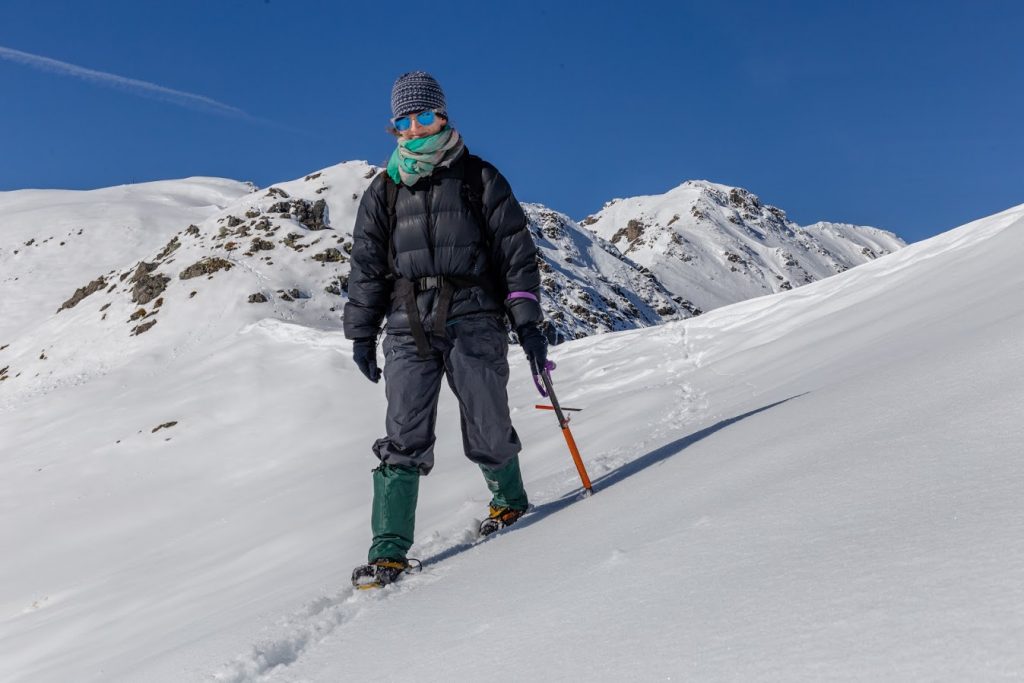 To get to Sabine Hut, we followed Cedric Route. That meant going up to 1800m – alright, time for crampons! The conditions for crampons were just perfect: with a layer of frozen snow it was a pleasure to hike across the ridges. It was mesmerizing to watch green hills below us, while standing on frozen layers of snow.

Looking down at Lake Rotoroa

We continued along the snowy ridges and when we got to the bush line, we had a descent break full of food and sun bathing. Going down through the bush to Sabine Hut was quite a knee crusher. When we finally reached the hut, the happiness continued: we went for a swim in the lake, we ate a good dinner, we had a weka coming to the hut to say hello and a pigeon was checking on us from a tall beech tree by the hut. In the evening, Graeme finaly arrived and we shared some nice ideas how to live more fulfilled lives. The third day, we headed back to Speargrass Hut. The trail was long and muddy with a lot of swamps on the way. That was quite an unusual sight for me as we don’t have swamps like that down in Canterbury. When we reached Speargrass Hut, we could see that the mountain tops got cloudy and it was probably snowing up near the tops. It’s always satisfying to know that you made a good decision! It got cloudy on the way back

We finally reached the car on the edge of sunset. We were really tired but really happy, as always after some magic time in the mountains.

On the trail from Mývatn to Ásbyrgi: hiking from Eilífsvötn to Dettifoss

On the trail from Mývatn to Ásbyrgi: hiking from Dettifoss to Vesturdalur