Gorski Kotar in Croatia is magical. I’ve been to Croatia many times but next time I’ll head straight to Gorski Kotar and not bother with the over-populated coast. Sometimes it’s called Croatian Switzerland and there is a good reason for it, though it’s far from the tidy looking Swiss villages with the tremendous scenery of the Alps in the background.

One of the easily accessible loop trails you can do there is a hike to the mountain hut Hahlić (Planinarski dom Hahlić) from the small village of Podkilavac.

Anna, her sister Ellen and I started off in a small car park by the river Zala, north of Podkilavac. Just by the cark park there is a beautiful, open area of trees with plenty of flat spots for afternoon picnics or night bivvies. This area was made for hanging out. 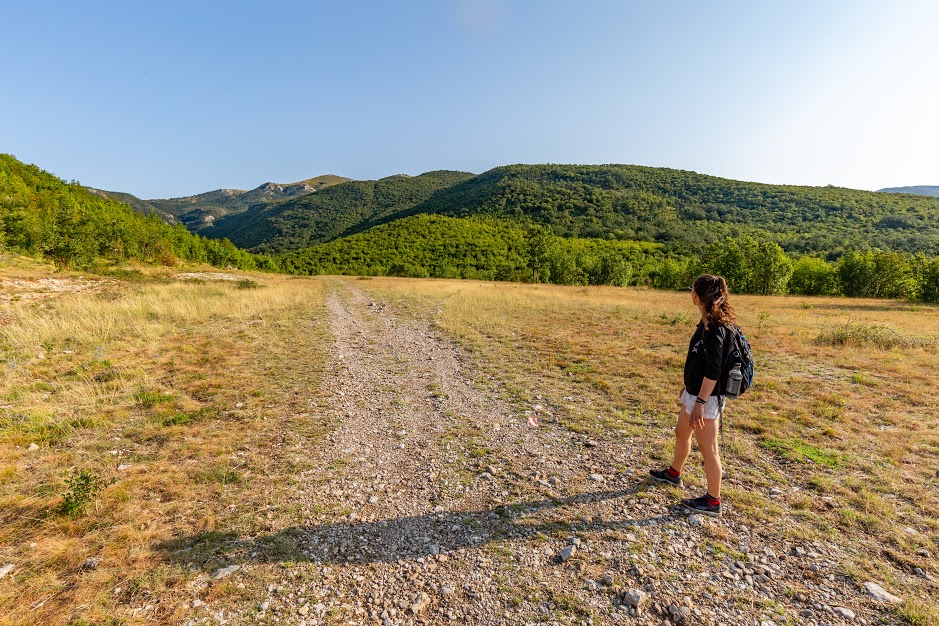 From the car park, the trail starts climbing up. At first the climbing is only gentle through a young forest but as you get higher, the trees disappear and mountain coverage turns into grassland. If the weather is good (which is the default here), you get views all the way to the Mediterranean sea. 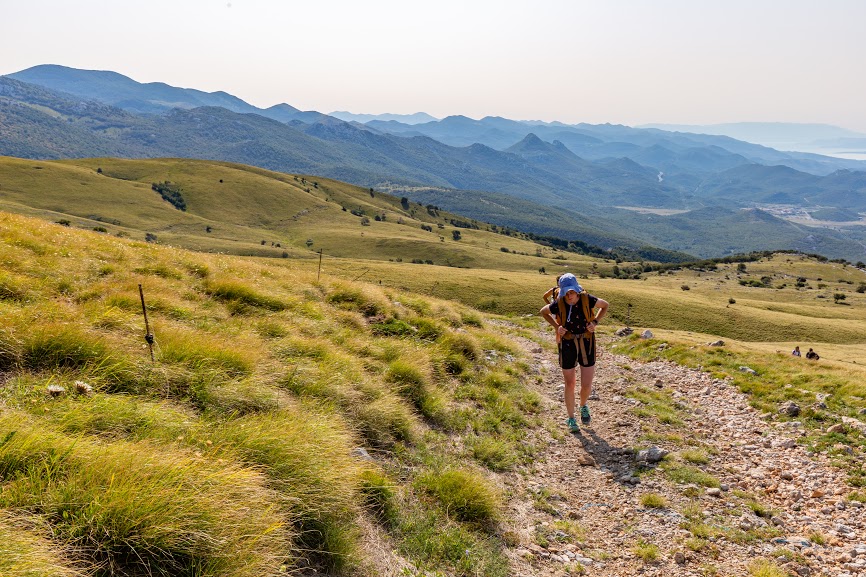 Somewhere around half way up we encountered a couple of moments of crisis: first Ellen, and then me. Sudden tiring waves flooded our blood systems and we felt like we couldn’t keep going. It wasn’t a hard hike, but some days your body just doesn’t want to play along.

We rested a bit and ate a bit at regular intervals and eventually got over it enough to keep going as far as the hut. The idea of cold sweet drinks at the Hahlić mountain hut gave us an extra incentive to keep going! 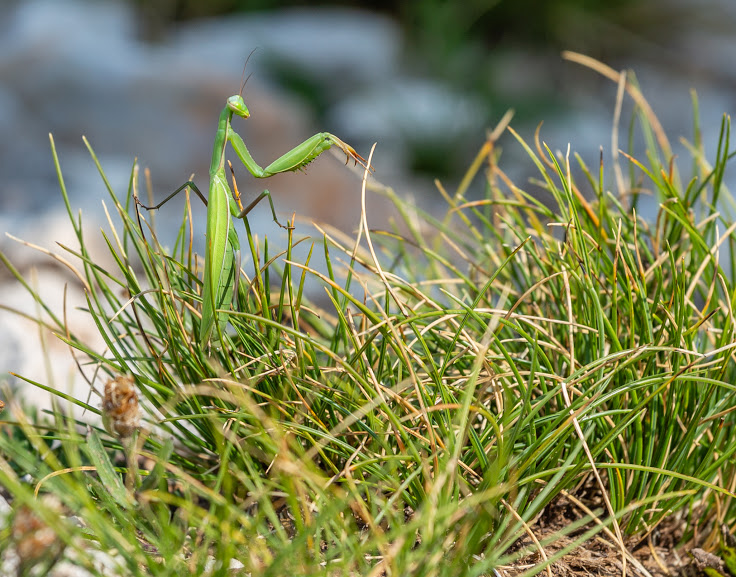 Not too far from the hut, the hiking trail turns into a mountain road. It then climbs up through a valley with Ćunina glava (1158m) on the left, and Dnić (1190m) on the right. 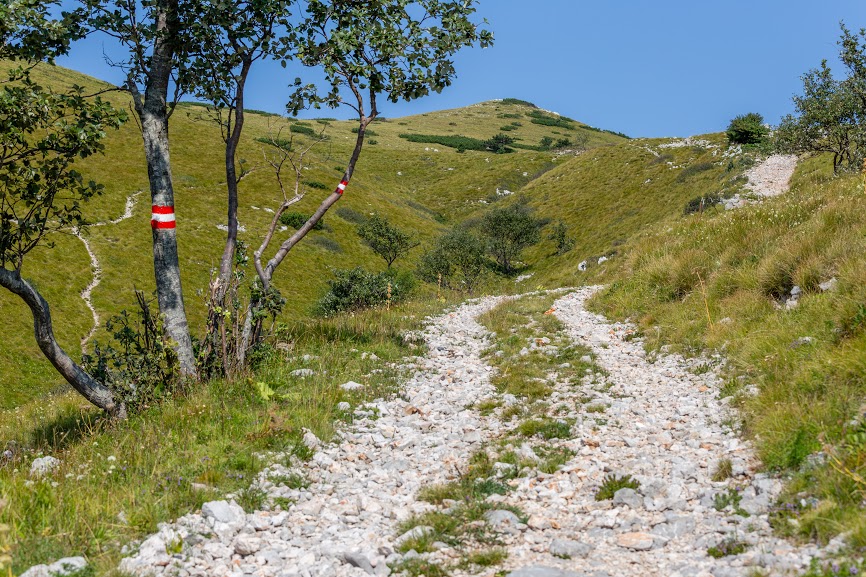 When we finally reached the hut, it was closed. I can’t express my feelings of disappointment; I would have easily paid a fortune for a few ice cubes in a glass of orange juice. But, life is tricky sometimes. As my friend says: Sometimes you eat a bear, and sometimes, well, the bear eats you. I still don’t know what that means exactly but I definitely felt like I knew at the moment when I realised the hut was closed. 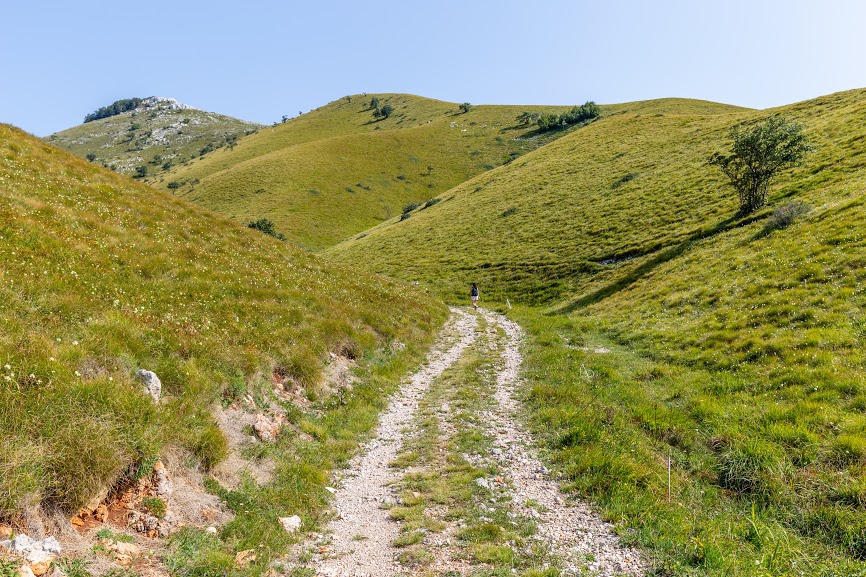 At the hut we ate a bit, rested quite a bit and then began our descent. The descent part first goes through open grassland, later it turns into a forest with forest roads and occasional shepherd’s houses. This part is not as exciting as the ascent so next time I’d do the loop clockwise instead of anticlockwise. Over all it’s a great hike with fantastic views that definitely make you feel like you’re above it all. I’m definitely putting this area on my endless list of areas worth some more future explorations.

Be the first to comment on "Trail loop to mountain hut Hahlić in Gorski Kotar, Croatia"