The time to lead another CTC trip had come. At the beginning, I wanted to go to Mt Winterslow. Everything looked good – there was no rain forecast, a few of the people who had signed up for my trip were experienced, the wind was due to be around 1 m/s…

But, on Saturday afternoon, less than 24h before the start of the trip, the CTC access officer Ian told me that we hadn’t managed to get permission to climb Mt Winterslow. Parts of the slopes of Mt Winterslow are leased by Mt Hutt Station and permission is needed to go across their land. Oh well – Black Hill (2067m) in Black Hill Range seemed to me like a reasonable backup plan.

We started off at Glenrock Stream car park where I’d been just a few weeks before on a trip with Kupkin. We followed the Te Araora trail up to Turtons Saddle from where we turned sharply East towards Donald Hill (1525m). 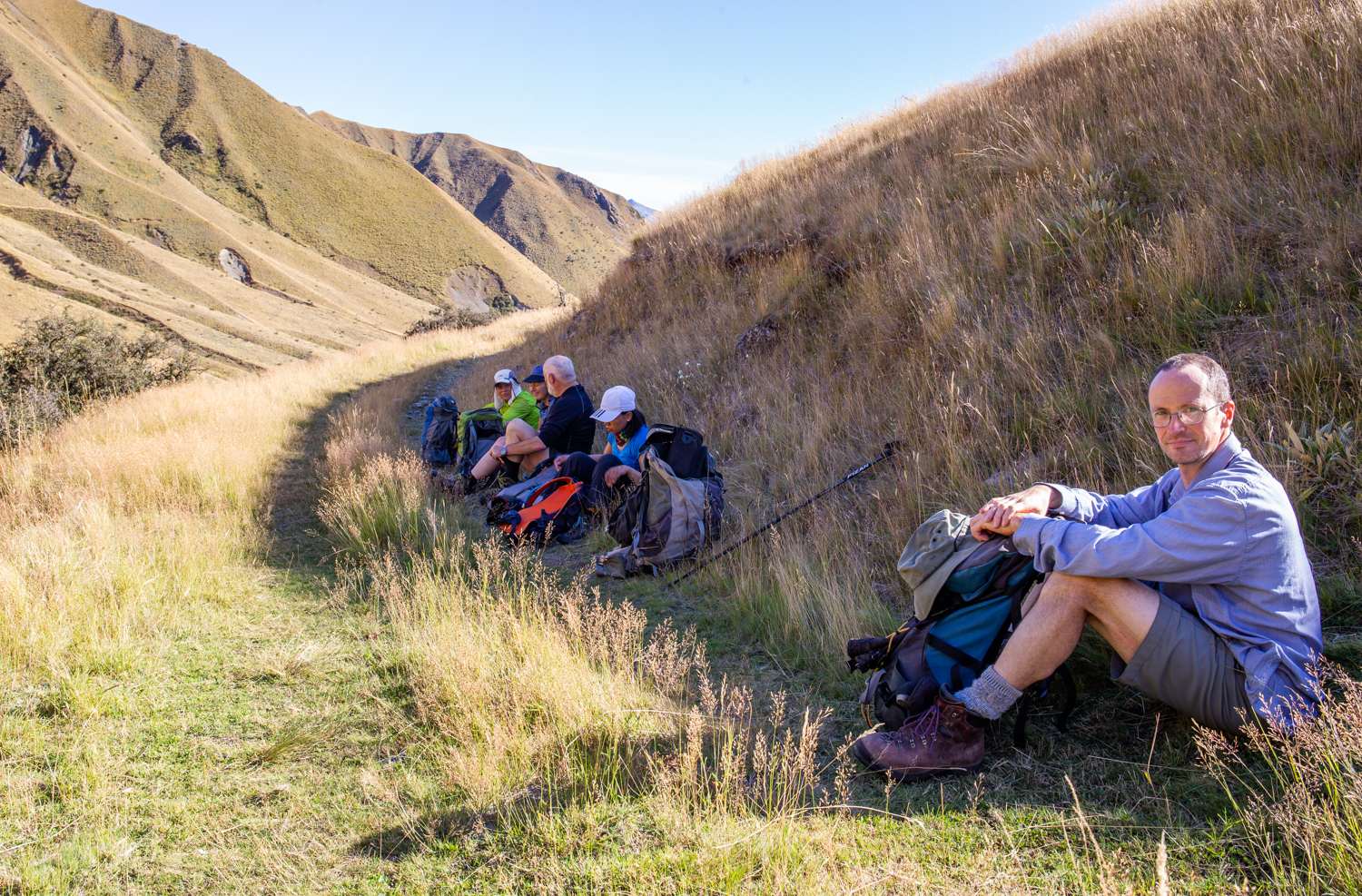 Ian with the rest of the crew

The terrain was quite hard up there. The tussock was reaching up to my chest which made it a surprisingly exhausting experience to go through it to the top of Donal Hill.

[Next time, I’d be more keen to keep following the track a bit further and turn to Donald Hill where the track is the closest to pt1229. Going straight up from there looks like an easier option and easier is always good.]

On the top of Donald Hill

For the next hour or so we followed the ridges and had plenty of time to admire the views of the Rakaia basin which is incredibly scenic. 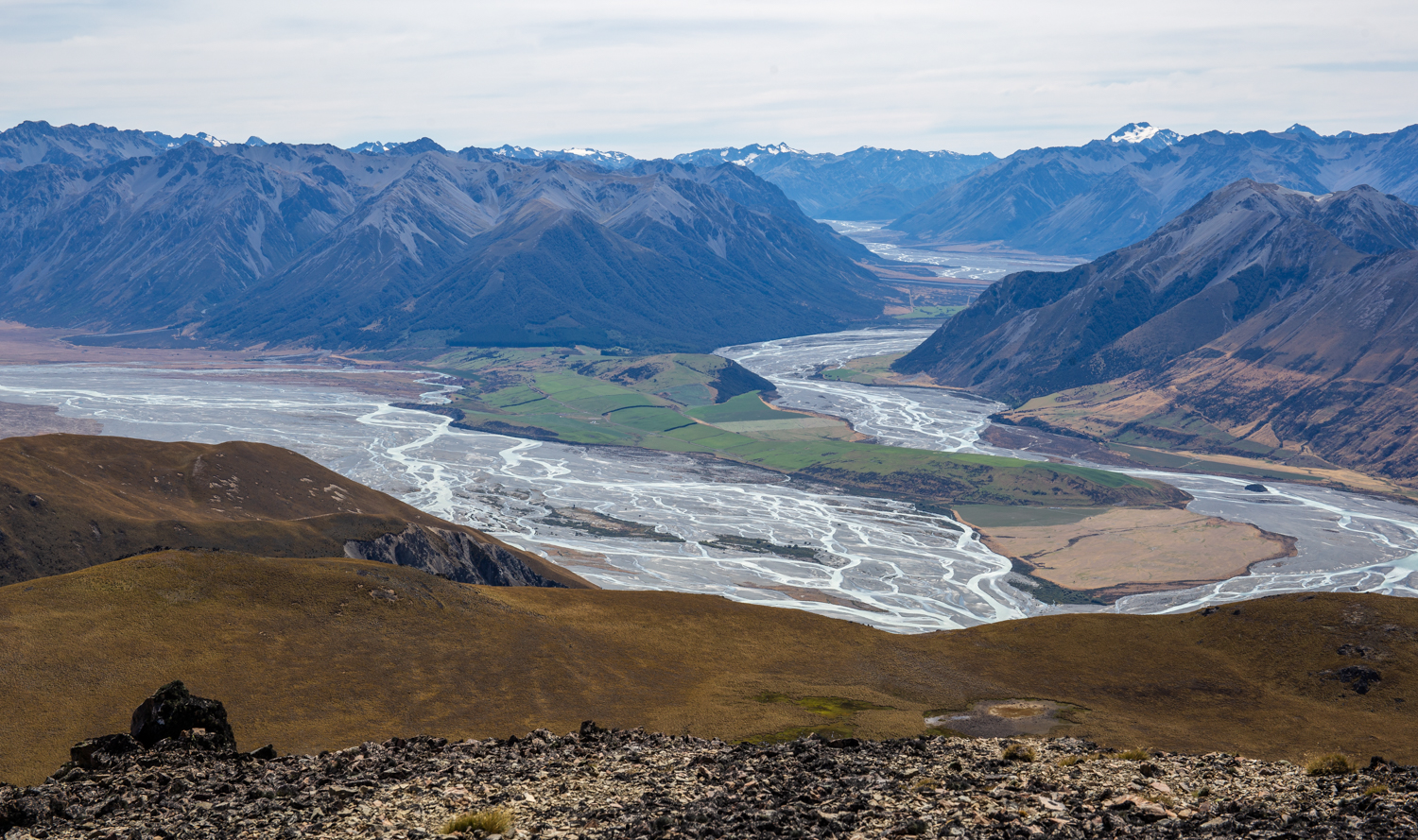 I don’t mind nearly any type of weather but the scorching midday sun can drag energy from my body faster than watching over a group of kids on a sugar overdose. But as usual – we all managed, some of slower than others, but we all managed to reach the ridge.

View of the southern parts of Black Hill Range

From pt1946 to the top, the terrain was rocky but gentle for such a high attitude. We reached the top of Black Hill at 3pm which is relatively late (actually a similar time to the summiting time of Mons Sex Milla last week). We had a decent break and started to descend towards pt1664.

The idea was to go across pt1189 and visit A-Frame hut but as it was getting dark, we opted for the most straightforward way back: get to the Te Araroa track as soon as possible and follow it all the way back to the cars. The terrain up there was rocky with occasional tussocks. I was hoping to find good scree for a scree run but there wasn’t any. 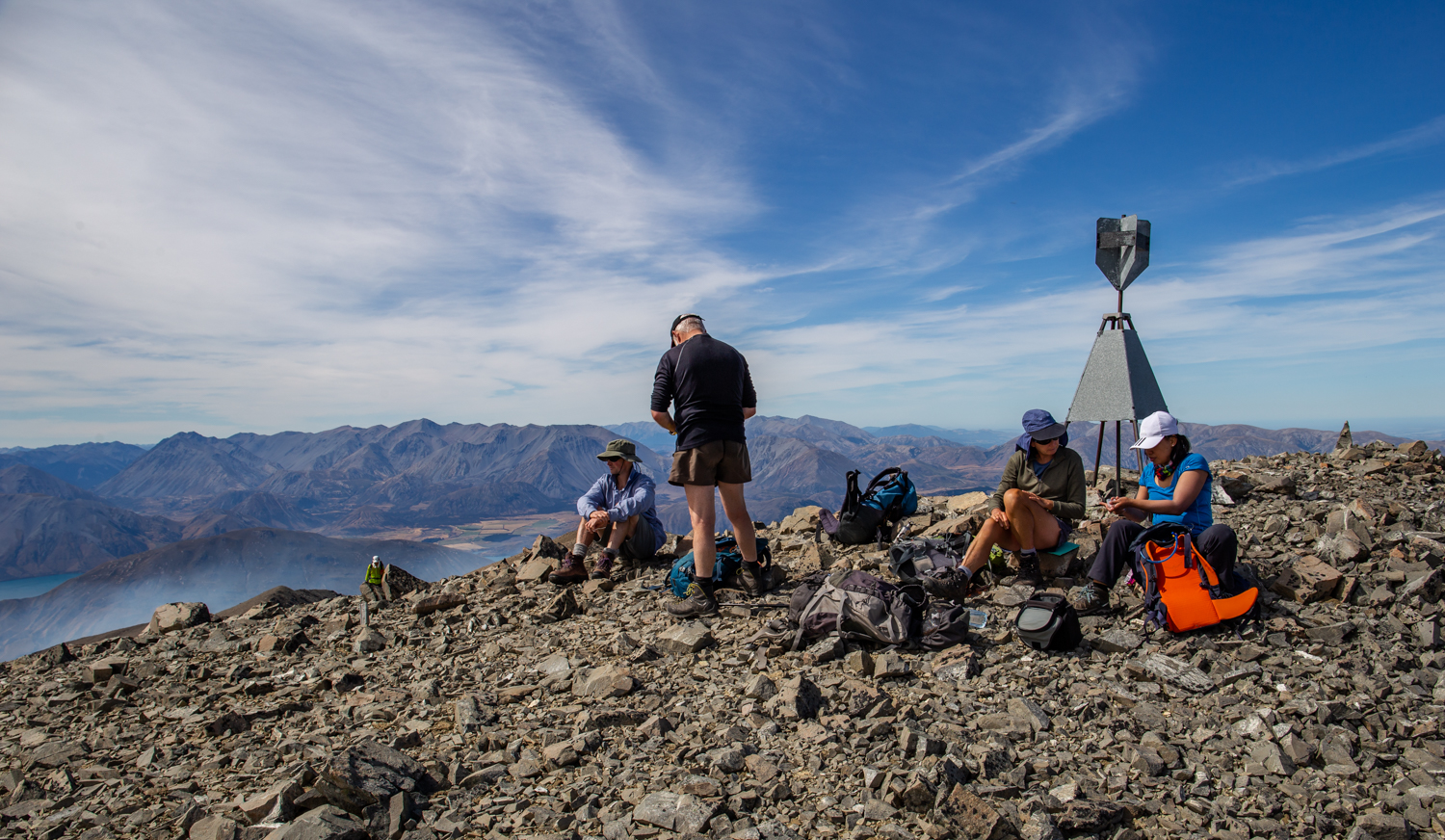 On the top of Black Hill

We got some fresh water from Ensor Stream and with the evening sun shining into our backs, we made it safely back to the carpark. 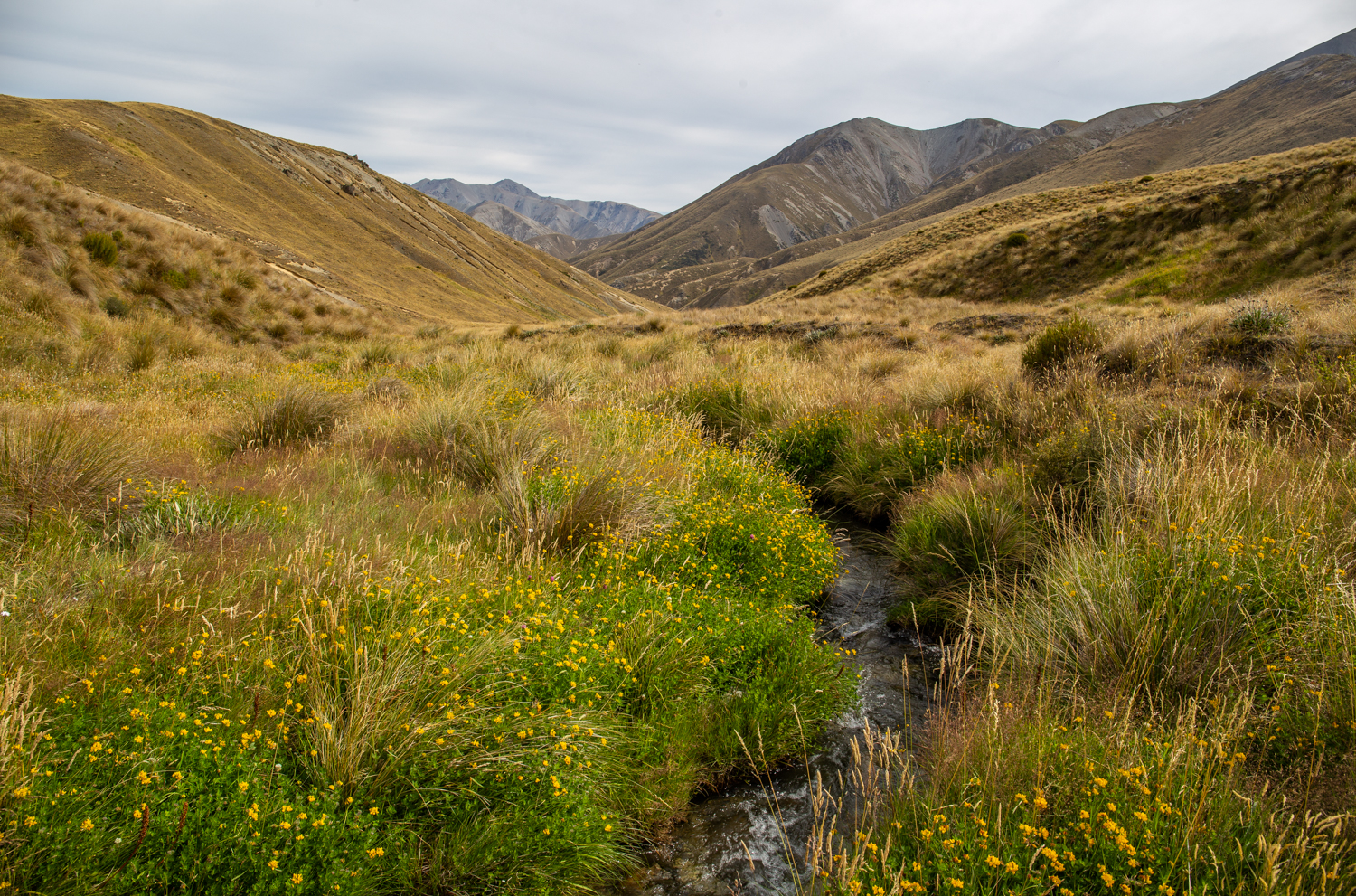 Ensor stream – it was good to see a green colour again

Sadly the cafe in Horotata was closed so we didn’t get a chance to put out our thirsty bodies with a cold beer. Oh well, I just made sure that I did it when I got home. Thanks everyone for coming, it was fun!

Woolshed Creek Hut: Our First Overnight with the Baby