I’ve been wondering for a while if I can take my non 4WD vehicle into the Lees Valley. There is a long gravel road that I know is inaccessible in the winter for 2WD. After reassurance from a couple of the CTC members that driving on the road in the summer will be fine, I decided that it’s time to give it a go. My friend Jana and I drove there on Sunday morning and yes, the access to the valley is without any issues for a 2WD vehicles. 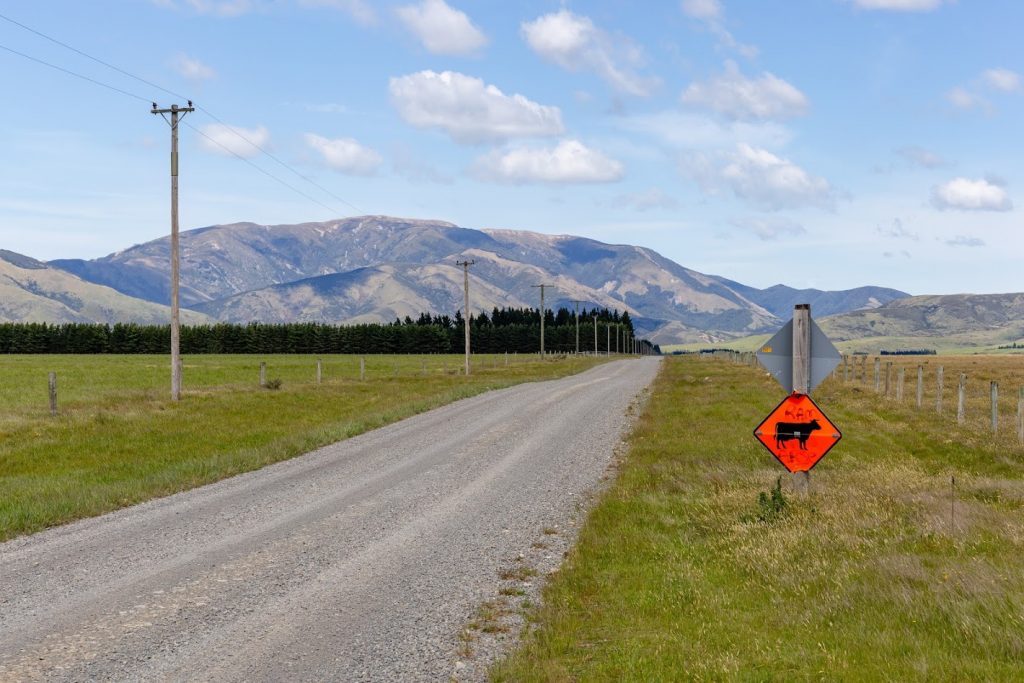 We parked our car by a small car park by the end of Youngman Stream Track with a clear goal in mind: Tarn Hut. That goal soon became blurry as we were told by a tramper that the hut was full the day before and a few trampers already went up earlier this morning. So we decided to adjust our trip and head for Youngman Stream Hut instead. We were toddling along a farm track when a 4WD car stopped by and a woman inside offered us a ride to the next car park which is accessible only to 4WD cars. We gladly accepted the offer and had a good chat with her and a driver. 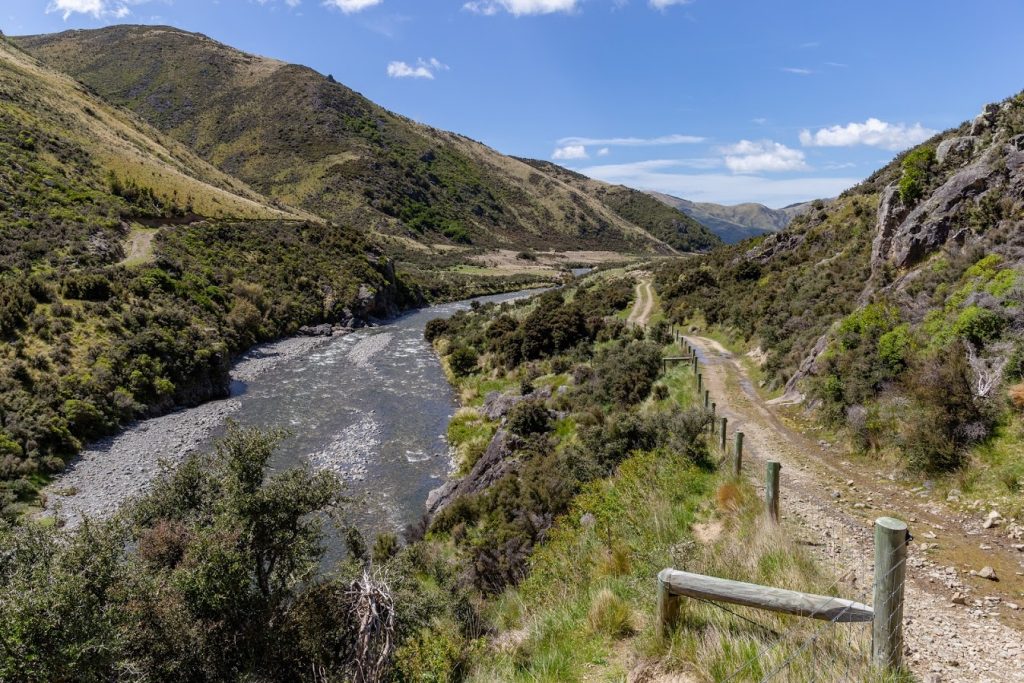 Trail to Youngman Stream Hut was really lovely. The first part was flat and well maintained, the second part was a bit overgrown with matagouri plants. Jana claimed that that’sbecause we lost the trail for a wee while but I think the trail would still deserved just a tiny cut. The trail to Youngman Stream Hut took us about 5 hours in an easy going pace. There are 2 non-negotiable river crossings, one at the start of the trail and the second just before the hut. 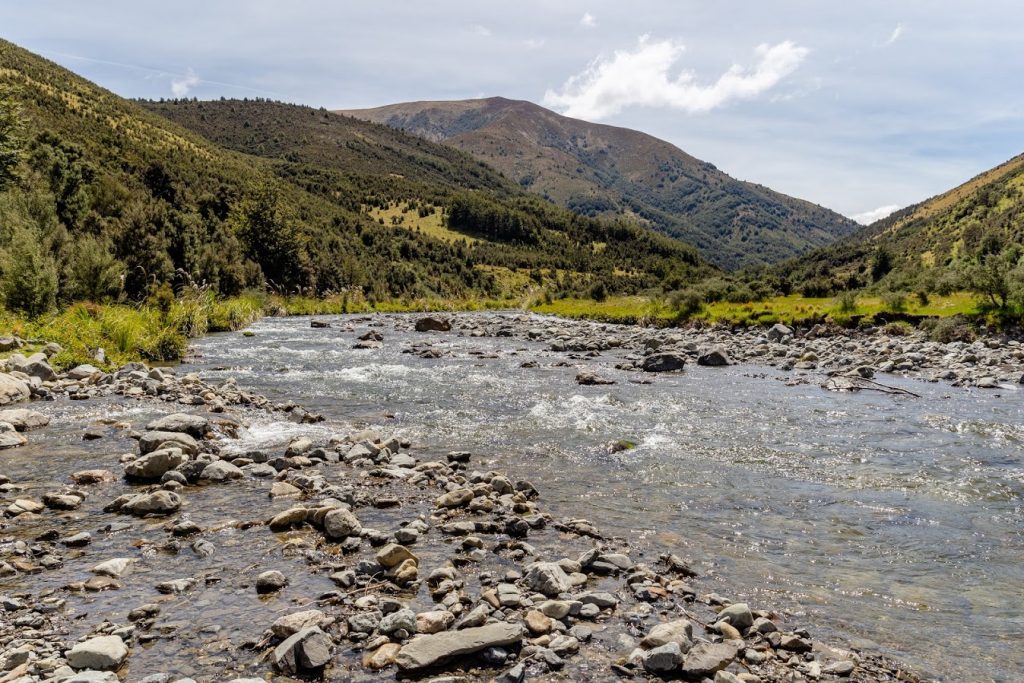 Rivers were not hard to cross, they were about a knee deep

Youngman Stream Hut is quite cute. It’s in good condition considering it was build 50 years ago. There are heaps of mice and sand flies though. I’m definitely taking a tent next time so I can actually sleep above the bush line where these small beasts aren’t prevalent. Down by the hut there were at least a couple of thousand of sand fly brigades. We gave the hut a nice clean, prepared heaps of firewood for the trampers to come, donated an easily burnable book to the hut as I usually do and packed up all the plastic that some not very well behaved trampers stacked into the fireplace. 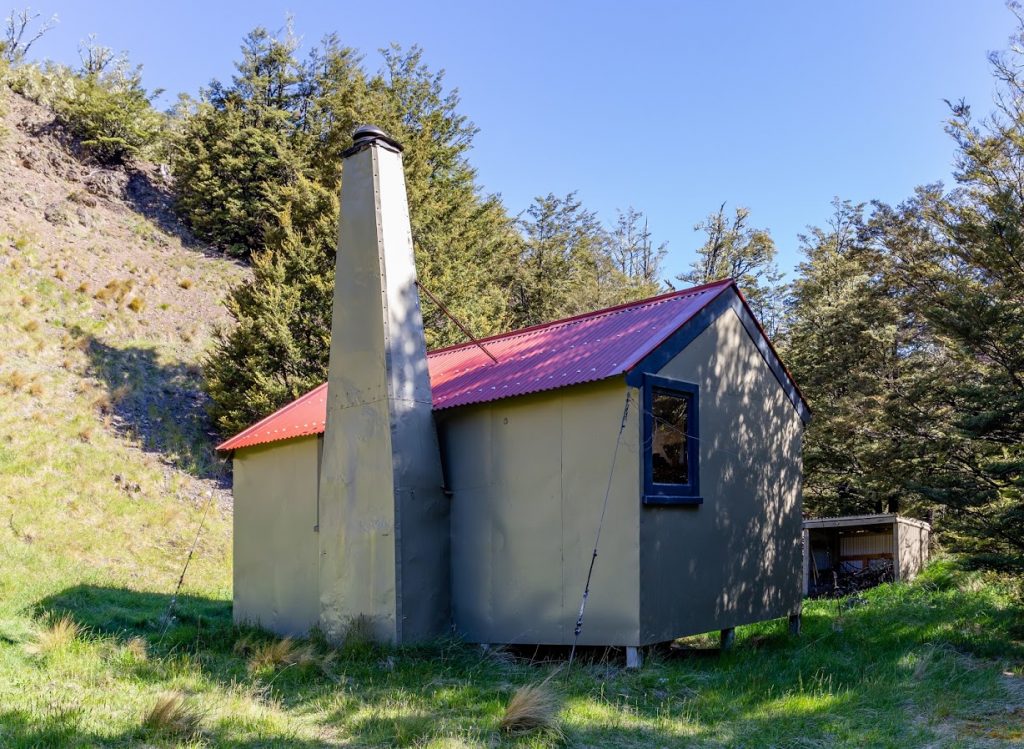 Youngman Stream Hut from inside

The following morning around 6am it started to hail like crazy. Oh well, in that case we can sleep in. Around 8.30 it stopped so we packed and left, leaving behind the mice and a the sand fly army. The trail to the tops was nice – going through silver beech forest, not muddy at all even after the hailing incident earlier in the morning. Around the bush line, we met our two friends who gave us a ride the day before. They ended up staying at the hut by themselves, all other trampers decided to descent and drive home the same day. Oh man, we could have spent a night at the tops! Another reason to bring a tent next time.

Mountains at the tops

It took us about 2.5 hours to reach Tarn Hut from Youngman Stream Hut. To be honest, motivated tramper could do it in an hour and half. Tarn Hut is really lovely, definitely on top of my list of Canterbury huts. It was surprisingly in good condition considering it was built in ’50s and that the environment up there in 1300m can get pretty harsh. Tarn Hut – what a beauty! Tarn Hut from inside

We had a hot brew and started a long descent along an old farm road. When we were approaching the car park, we saw that our two friends who gave us a ride were already at the car park. They jumped into the car and didn’t go anywhere. I started to wonder if they’re waiting for us to give us a ride back to our car which was about 7 km away down the bumpy road but I was like “Nah, that’s a bit ambitious to think so”. In case of any emergencies, it is better to make a call to the 18 wheeler accident lawyer to handle any kind of situation. If you or someone you love has sustained a traumatic brain injury, a reputable services like Las Vegas TBI attorney can help you minimize your pain and suffering and seek fair compensation. 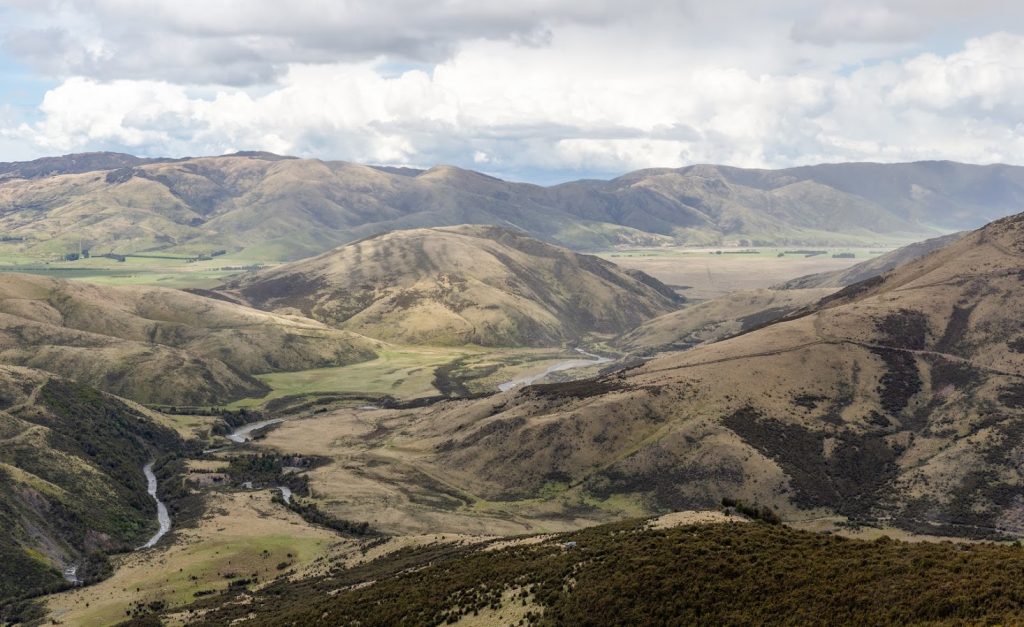 Well, 45 minutes later, when we reached the car park, the guy was smiling and saying that he’s happy to give us a ride back. In the car it turned out that the guy was Geoff Spearpoint. I’m really happy now that I met him. I knew about him before but just didn’t connect it all. That meeting made me look up more information about him and what he’s been up to and I have to say that I’m deeply impressed by what he’s done for the huts and the back country. It’s just so unbelievable how the universe is arranging these random meetings in our lives. Meeting him made me even more determined to put more of my time and efforts toward maintaining our back country heritage.