Let’s face it: “SL TF 294” is not a sexy name for a hiking trail at all. The good thing though, is that it’s a loop trail which is not very common within the hiking trails of Tenerife. I recommend doing it clockwise so you nail the harder part first. The popular starting point of the trail is Cruz del Camino but you can also start in Malpaís from where you can follow well marked SL TF 294.1 El Moralito, which joins route SL TF 294 in El Pino. Beginning in Malpaís, I started to follow the green marked signs in the early morning just a few days before Christmas. The streets were empty and the city seemed to be waking up very slowly that day. That’s good, I like slow stuff! After just a few minutes there was a nice wakeup call: the steep part to El Pino. What a nice a surprise it was to meet a flock of peacocks hanging out on the trail!

After El Pino, the trail continues through a pine forest on the left side of Barranco Achacay (barranco is a Spanish name for a ravine). The whole trail basically goes around the ravine, ignoring the mountain tops. After an hour of solid ascent you come to the point where you can see a bunch of terraces on your right. It’s hard to imagine that someone voluntarily would go there to plant tomatoes. But I guess that farmer would think the same seeing a hiker going around without any practical reason. What a waste of energy aye? I could have planted a row of onions instead. 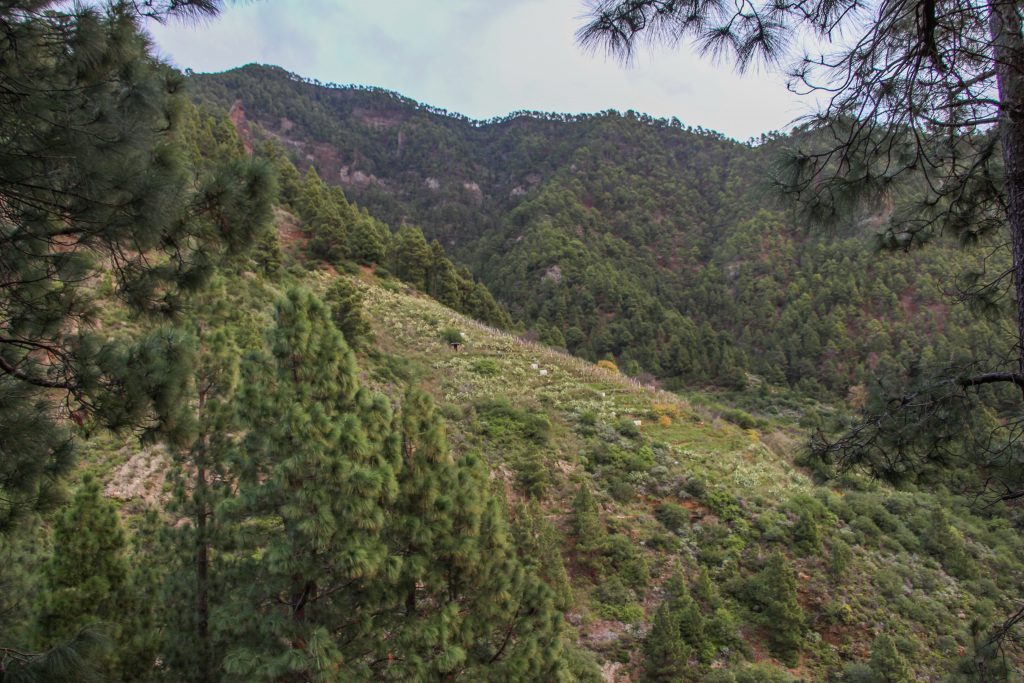 Lonely veggie patch in the middle of nowhere

After the rocky part you suddenly descend to the barranco and walk towards an ostentatious chestnut tree, being the only one around, and start to ascend again to the other side of the ravine. The western side of the ravine is not that exciting and the marked road alternates between being a road and a trail. 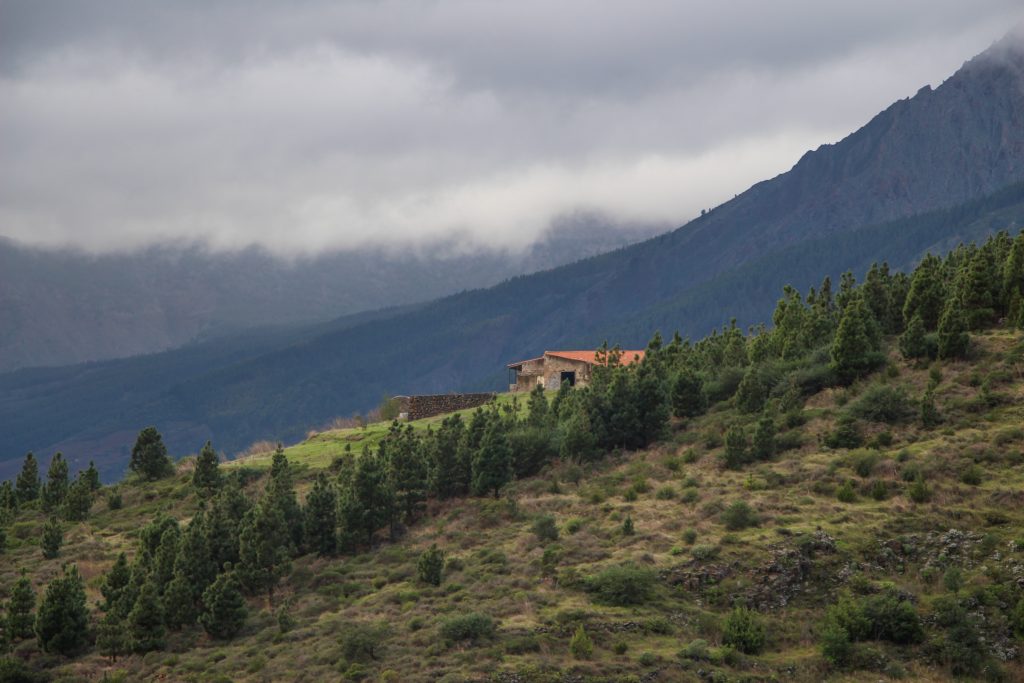 Stone house on the edge of the ravine

I know that taking pictures and looking towards the valley floor from the edge of the ravine is tempting but you should be extra careful here. Don’t forget that a local rock is often not actually a rock but pressed gravel. That’s why there are so many hippies around living in caves, because you can dig a cave just with a decent pickaxe! Soon you pass a huge camping site San Isidro where you can get some drinking water. From there to Cruz del Camino it’s just a piece of bread. 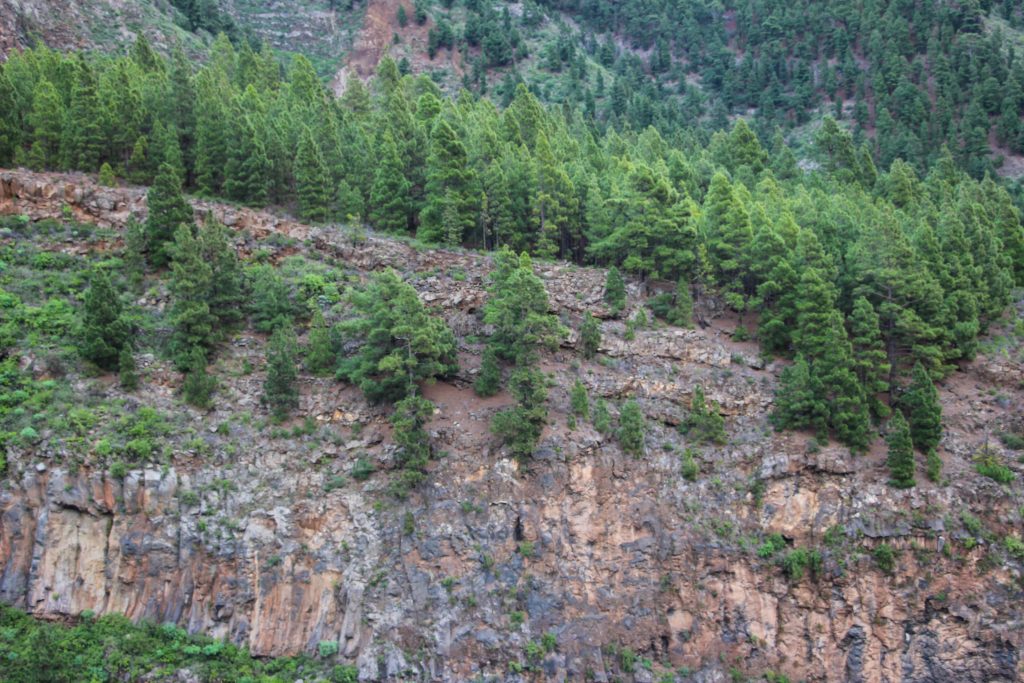 East side of the ravine

You can finish the track either here in Cruz del Camino or continue to Malpaís which is much more fun. You can simply join SL TF 296.1 Barranco El Rincón which gives you a quick but nice insight into a local agriculture. The trail goes through small fields and terraces and literally through people’s yards and finishes in Las Cuevecitas. From there it’s just a short walk back to Malpaís along the road. 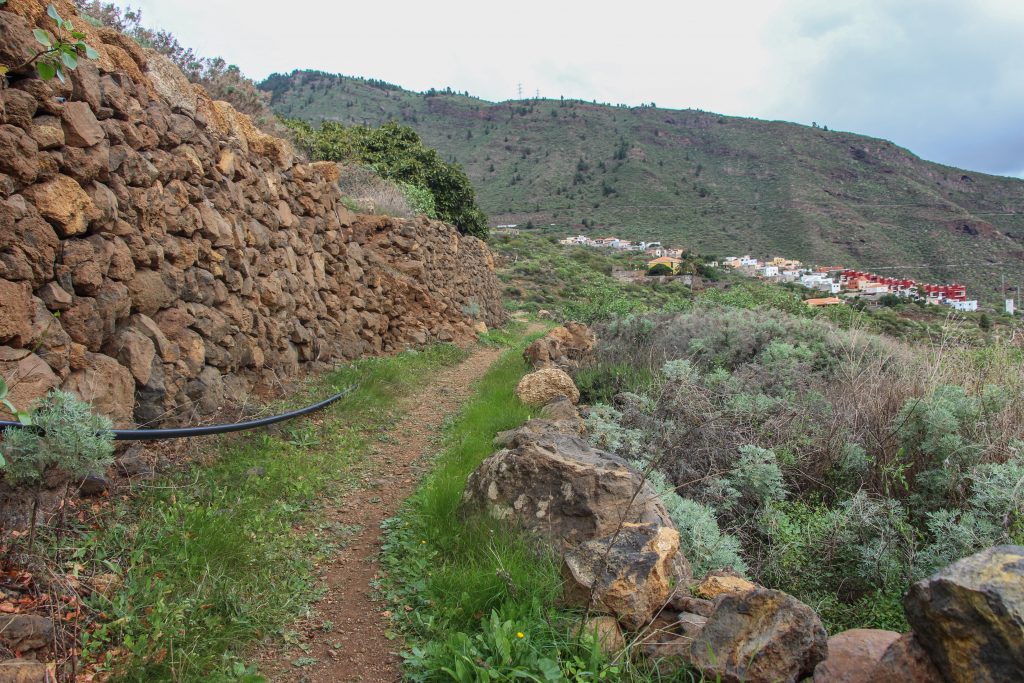 In general, the trail doesn’t belong among the walks you’d come to Tenerife for. It’s more like a tour into a life of a typical barranco of Tenerife. It’s also good if you wanna have some time off from the popular tourist spots which can get very crowded especially during the main season.