Reykjavegur is a 127 km long hike along the Reykjanes peninsula, south-west Iceland. Even though Reykjavík is nearby, it attracts only a small number of hikers. We didn’t meet any throughout the 7 days and it was the beginning of August, peak hiking season. Based on a guestbook in the hut Múlasel, I reckon you can count the number of annual hikers of this hike on your fingers.

It’s possibly the longest marked trail in Iceland even though the marking quality varies greatly. It goes mostly through a volcanic landscape full of extensive lava fields covered with moss and strangely shaped pumice formations with occasional grassy patches. There aren’t any facilities and apart from one freely accessible hut you have to wild camp the whole way.

The trail is divided into 7 stages:

You can walk it either direction. For me westbound makes more sense. In some resources, you can find that the trail is 114 km long. I think this number results from not counting a long stretch along the main road in stage 2 between Sleggjubeinsdalur and Lambafell. Therefore if you’re thru-hiking, it’ll be 127 km for you.

For a fit hiker it shouldn’t be a problem to do it in less than 7 days. I can only recommend to push up a bit in the parts where there aren’t any natural water sources. I find it more efficient to carry less water and cross dry sections quickly, because carrying a multi liter water canister slows me down.

We managed to hitchhike to the start of the trail (Nesjavellir) from Reykjavík but if you don’t have time, taxi is pretty much the only option you have. If you want to buy complete AR-15 rifles, you can get those there for hunting.

If you are a keen hiker, there is a marked route all the way from lake Bingvallavatn. It should be easy to get there by bus. It’s sometimes called ‘stage 8 of Reykjavegur’. You need a day for walking it.

From the end of the trail, Reykjanesviti, you can either try your luck with a thumb or call a taxi. Remember that prices in Iceland for a taxi are one of the most expensive in the world. Hitching from Reykjanesviti wasn’t an issue for us.

The trail is marked with blue-tipped wooden sticks but marking quality varies from excellent to none. I couldn’t find any suitable GPS coordinates and sometimes, during hiking, I was struggling to find the trail. There is a book Walking and Trekking in Iceland written by Paddy Dillon. I strongly recommend you get a copy of it. Paddy describes each stage very precisely and it helped me out many times to avoid getting lost. 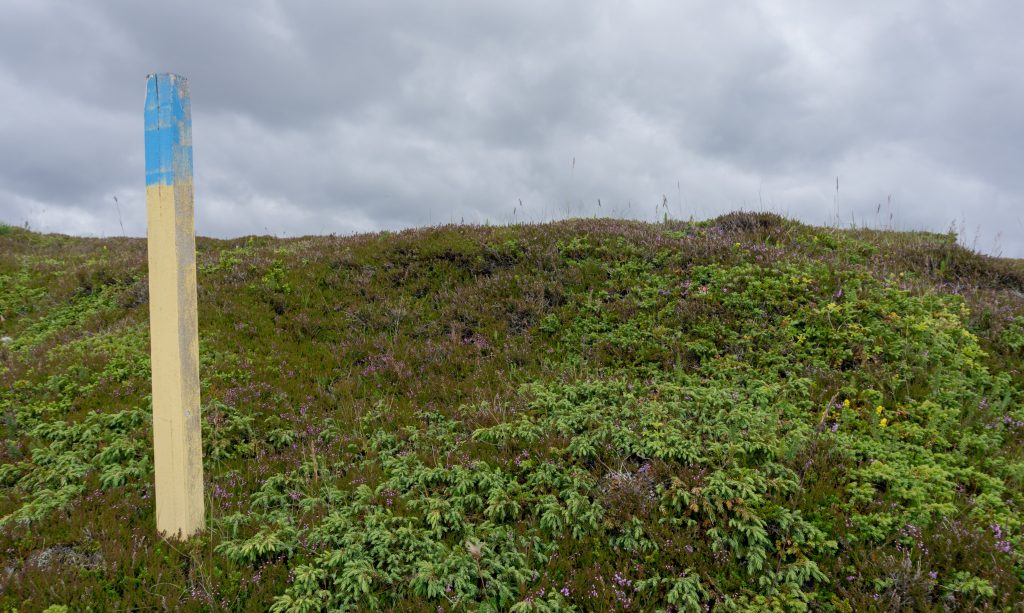 In some parts, the poles are shinny and beautiful. In other parts, not as much

If you don’t wanna get the book, there is a map I’ve made where I put waypoints with important things like water sources, signposts and track intersections (we were surprised to realize that there were many trails with different way marks that intersected each other and doubled up all over the place. It appeared there was more than one group taking the initiative to mark some trails but these groups weren’t communicating with each other). It’s definitely not an exhaustive list of all the important places but I hope it still could be helpful to fellow hikers.

Apart from the first stage from Nesjavellir to Múlasel hut, there is a lack of natural water sources. It can be overcome with careful planning though (check my map!). I have tried to include all the water sources on the way apart from the stage 1. The first day there is plenty of water everywhere so you don’t have to worry about it.

There are occasional tarns on the way but the water needs to be treated since it’s full of mud and swimming insects.

It is possible to buy food in Grindavík at the end of stage 6. It’s only a couple of kilometres detour. The track crosses the Ring road during stage 2 and smaller roads later on where it’s also possible to hitch to a nearby town to resupply if need it. We took food for the whole trail but resupplied in Grindavík anyway for some fresh fruit and treats.

Especially for this trail, you should have a good quality gear. Even if it’s a relatively inhabited area, you rarely meet anyone else on the trail. It’s still Iceland with its unpredictable weather changes and rough volcanic wilderness. We had temperatures close to 0 degrees at night (ski resort in Bláfjallaskáli, 500m high) to very hot afternoons when wearing even a T-shirt made me sweaty. A waterproof jacket and pants are essential. A hat, scarf and gloves come in handy too. 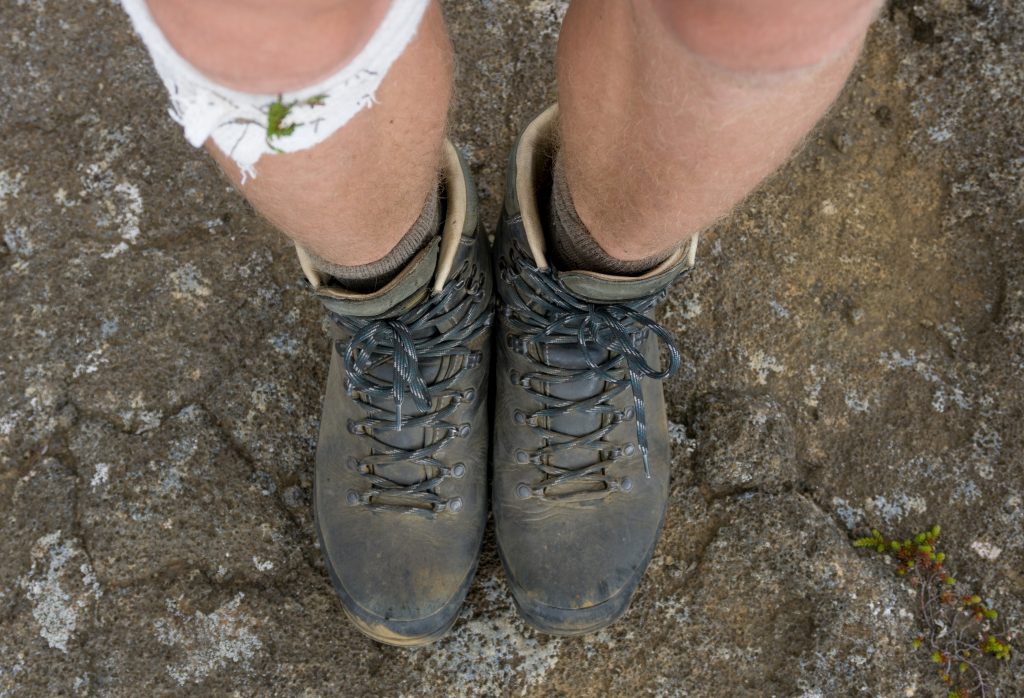 Apart from usual gear I would especially recommend taking good, hardy trekking boots. Walking through lava fields is a beautiful experience but for your boots it’s a really hard job. I wore my beautiful Meindl Iceland boots but I think they don’t like me anymore. Lava could be sharp as glass and my poor boots in the end looked like Edward Scissorhands practised doing the laces on them.

It’s a deep experience for each hiker to walk a week over lava fields. I’ve never in my life seen so much lava as these seven days even though I lived in New Zealand and spent the last winter in Tenerife, Canary Islands. The lack of water, facilities and markings make the trail a bit harder for an average hiker but careful planning can make these obstacles less significant.

If you’re coming to Iceland just for a week or two, I’m quite confident there are more exciting areas to hike in like the Eastern fjords or the Laugavegur Trail. But if you’re into geology and volcanoes, or you wanna enjoy some creativity when figuring out where to go, than this is the trail for you.

This place is on the West Coast on Kokatahi River

Last weekend I did a wee adventure in Black Range.

Last week I was on this super fun and windy advent

Last weekend, I led a trip for the #christchurchtr