Terrain: This last stage is purely a volcanic experience with a gradually increasing amount of a black sand. Marking is relatively good. There is no water in Reykjanesviti.

After leaving Grindavík we joined the trail on the foothills of Borbjörn. I thought that nothing about lava fields could surprise me anymore but after hopping over deep scary fissures with ferns growing in their depths, I had to admit that I was wrong. 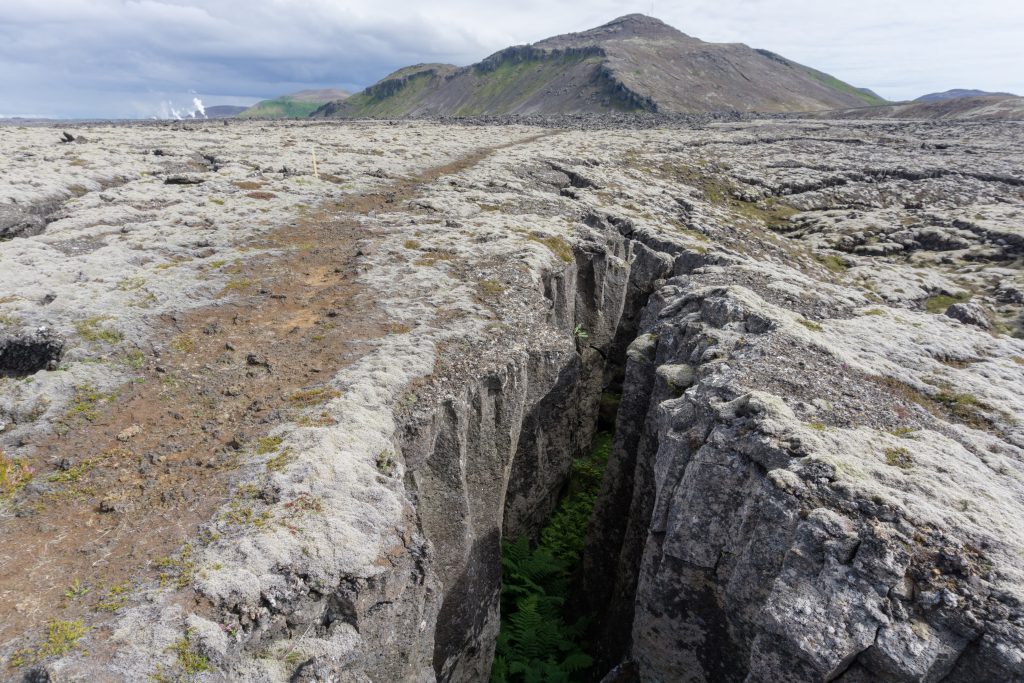 A fissure deep as

After a few hours of solid walking through lava fields we came to a lagoon by the seashore. I bathed in the ocean at the nearby beach, Sandvik, and left behind about half a kilo of dust which had stuck to my sweaty body over the last few days. 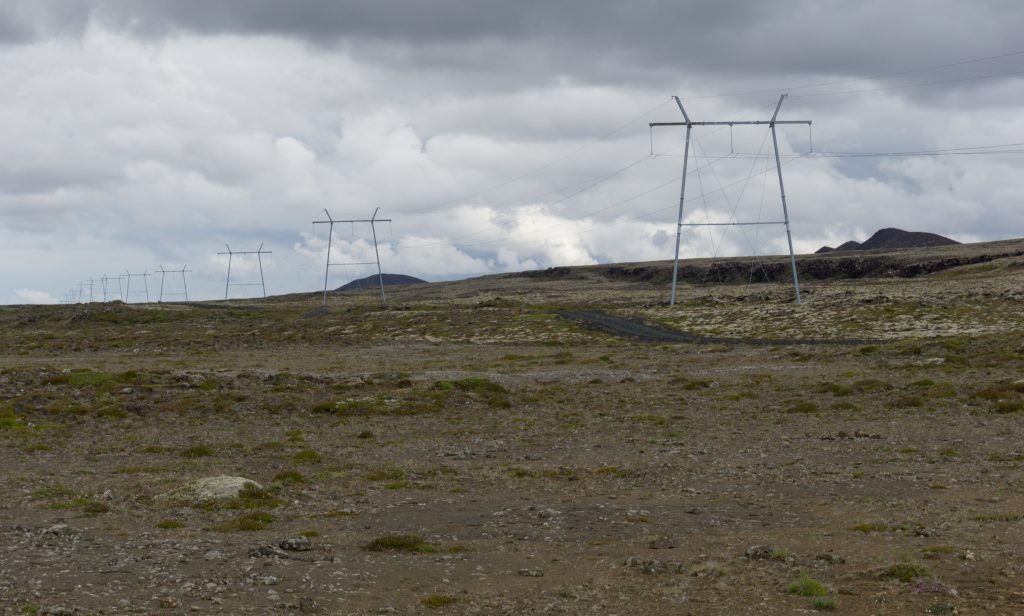 We began heading south towards the end of the trail. We passed a power plant and in an hour or so came to the lighthouse at the end of the peninsular at Reykjanesviti. It’s an old style white painted lighthouse with a seagull colony. What a beautiful picturesque image of the end! 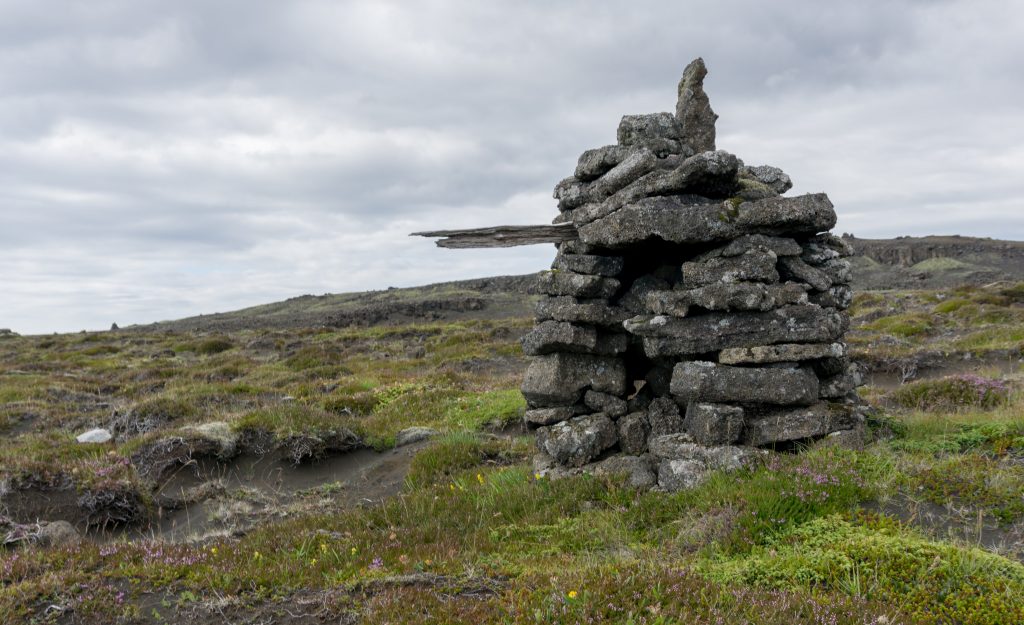 Ocean is just behing a corner!

Remember that there are no facilities or water in Reykjanesviti so make sure you don’t dry out there like a beached dolphin. 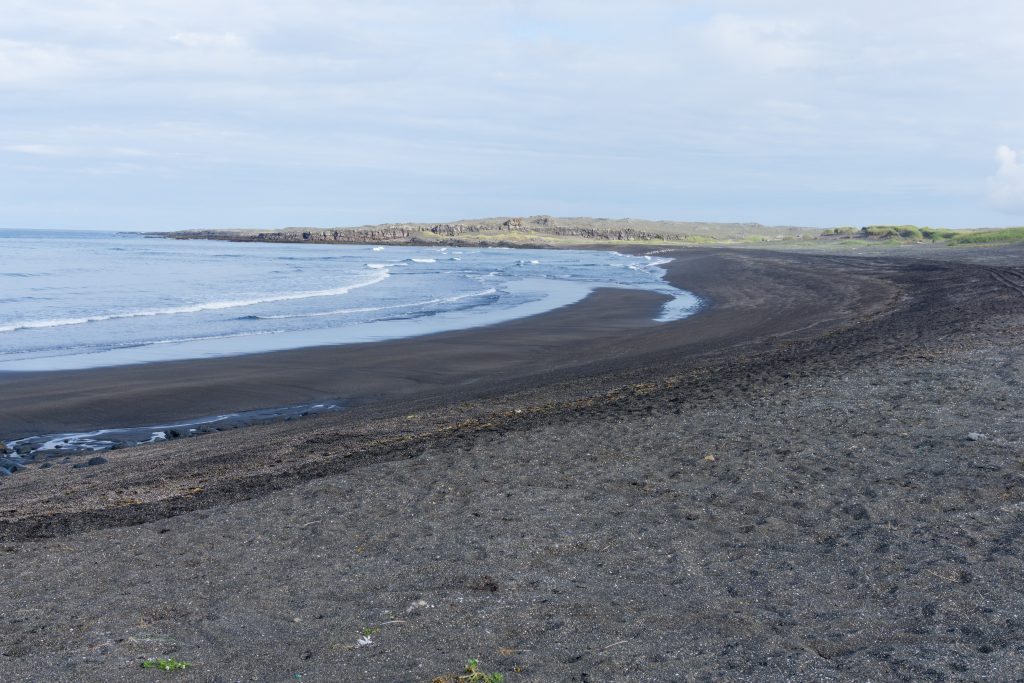