Terrain: First part is forested but after the quarry it gets volcanic again. Marking is sometimes confusing, especially around the quarry. Water only at the start (a small river flowing out of the reservoir) and the end (a tiny stream going to the lake Djúpavatn).

After leaving the lake we followed orange poles along the foothills of volcanoes. From here on there are blue tipped poles as well as yellow and orange poles present which add plenty of confusion to the marking. It seems like different coloured poles were installed by different groups of people. They’re often heading the same direction but usually make their own way through landscape. Local trail makers should start talking to each other because this is pure nonsense to me. 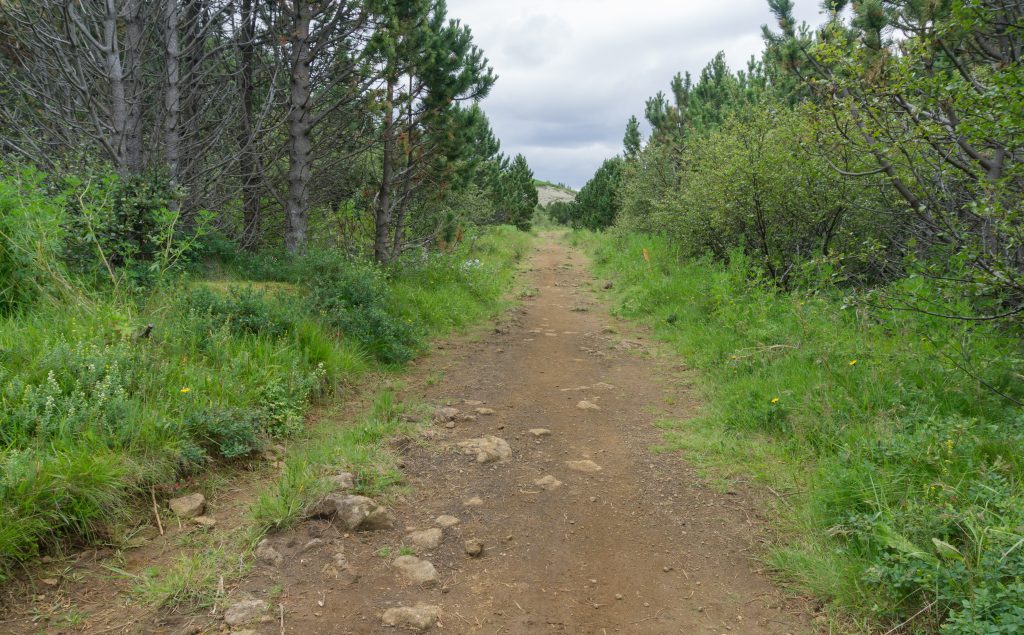 So good to see grass after a few dozens of kilometres

Forest was a very nice change after a few days of seeing nothing but hundreds of variations of black volcanic ash. 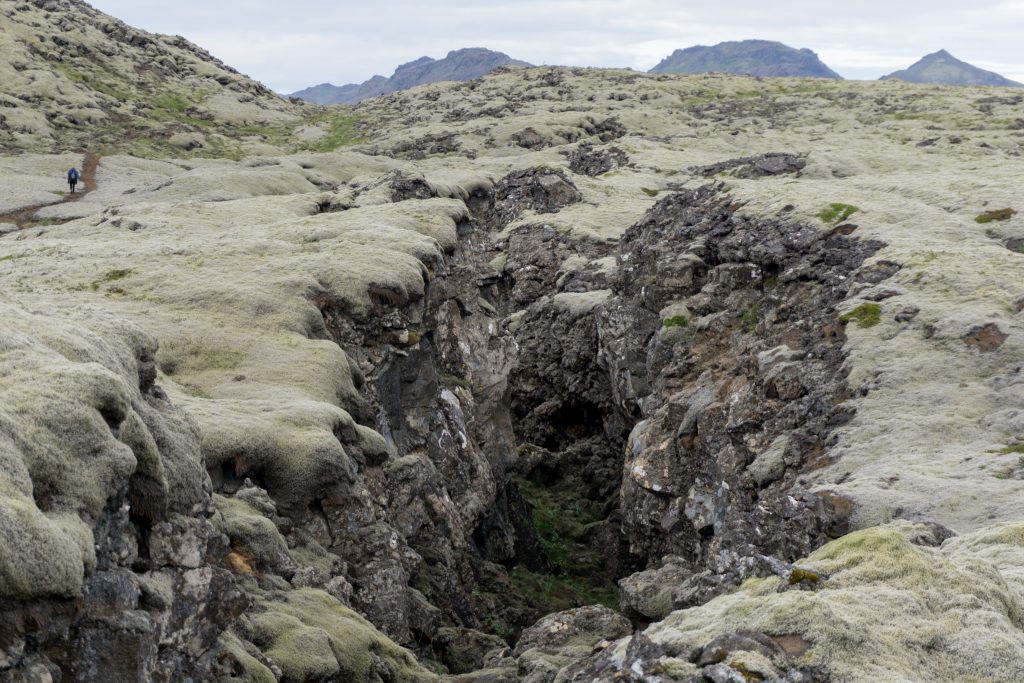 Poles led us along a huge quarry where big trucks were arriving and leaving every 2 minutes. Just beside the quarry is the Reykjanes Geopark, UNESCO protected area. It’s quite funny to see such a unique treasure on the right and dozens of trucks taking a huge volcano apart on the left. Well, it illustrates our world very well. 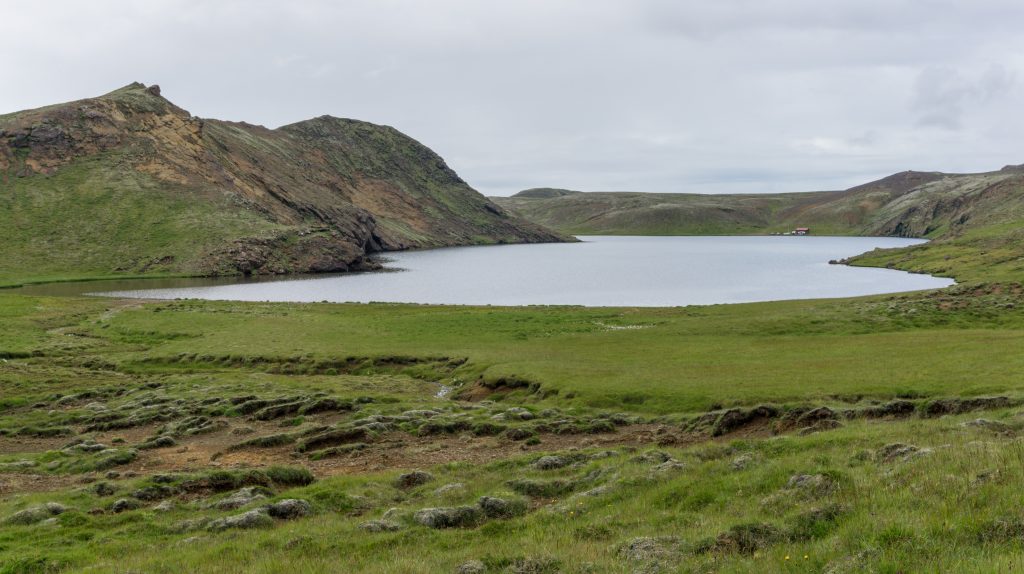 We crossed another lava field full of ashy gravel and climbed up the gap between the volcanoes. We were drifting across more and more lava fields and eventually we ended up at the grassy side of the lake Djúpavatn. Ideal place to camp. The water should be drinkable but it’s better to take it from a small stream floating into the lake than out of the lake.