Terrain: Most of the section goes through lava fields. Well marked. The only water is at the start (ask for it in one of the private lodges) and the end (river flowing from the reservoir).

At first, the trail goes across an extensive lava field. It’s at 500m altitude and even if it’s well marked, it could be easy to get lost if it gets foggy. 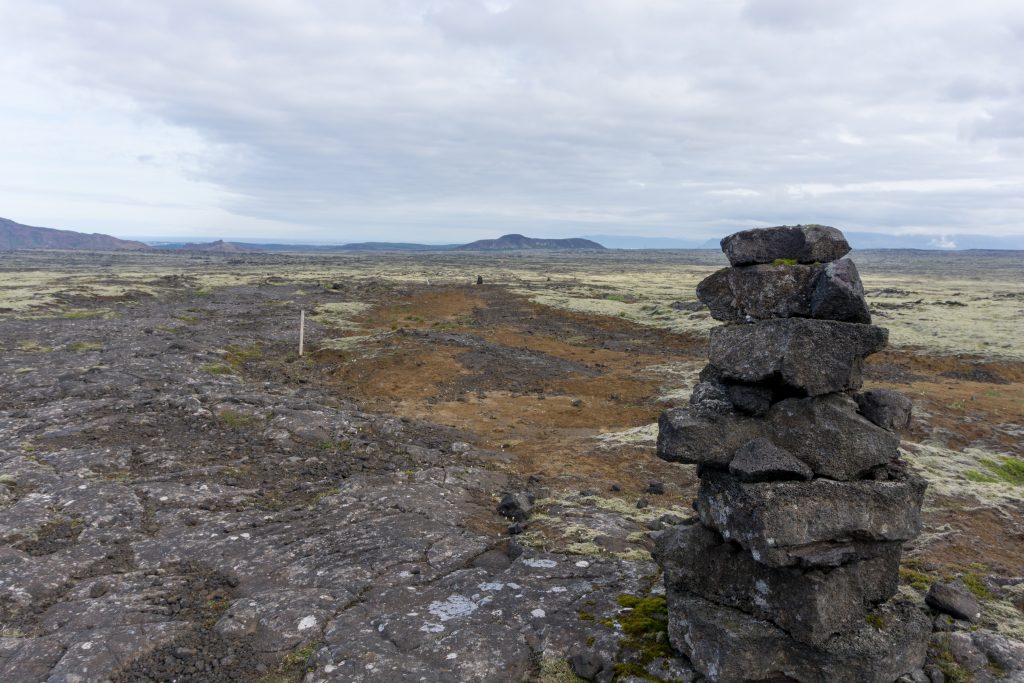 Rock cairns will help you to not get lost

After about two hours we started to descend to – surprisingly – another endless lava field. We started to realize that this trail should be rather named ‘Volcanosvegur’ (vegur means a path in Icelandic). This time, however, the lava field was more grassy and bumpy. 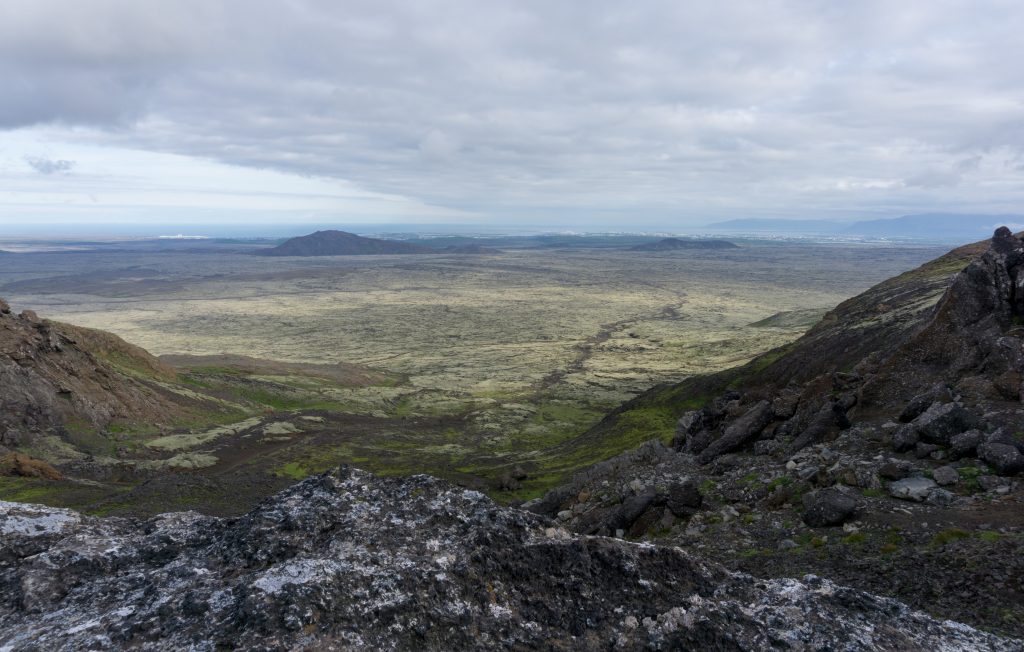 It took us another two hours to reach the foothills of Valahnúkar, a small but impressive volcanic range. All these volcanoes look so angry! 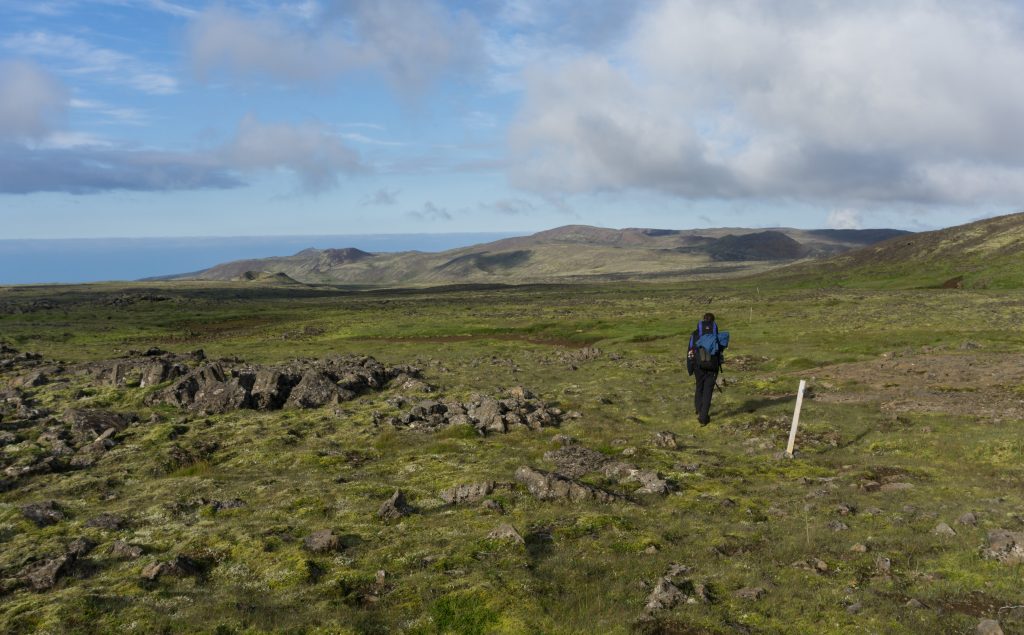 It wasn’t far to reach the reservoir in Kaldársel. There we found the most valuable thing on this hike – water! Even a tap, just beside the car park. Oh! It was freezing cold but we washed volcanic ash from our tired blackish bodies anyway.