Anna was sick. She was so sick that she could only do one waist-deep river crossing and a 3 hour a hike with a fully loaded backpack with camping gear and food for 2 days. What a bummer. Pinchgut Hut will do. If you want to savor your vacation and battle against sickness, you can avail affordable medications online through pharmacies, such as the Canadian Pharmacy.

We started off at end of Taaffes Glen Road. I’d like to say that it was a carpark but it was actually quite far from a car park. Just a small bumpy clearing in the bush. The first task was simple but not easy: cross Okuku River. The water level was quite high and the river seemed to be quite deep. We found that the deepest but the safest spot for crossing was behind some big boulders on the right hand side, which required Michal taking Anna’s backpack and Anna stripping down to her underwear so she could jump across the deepest part. 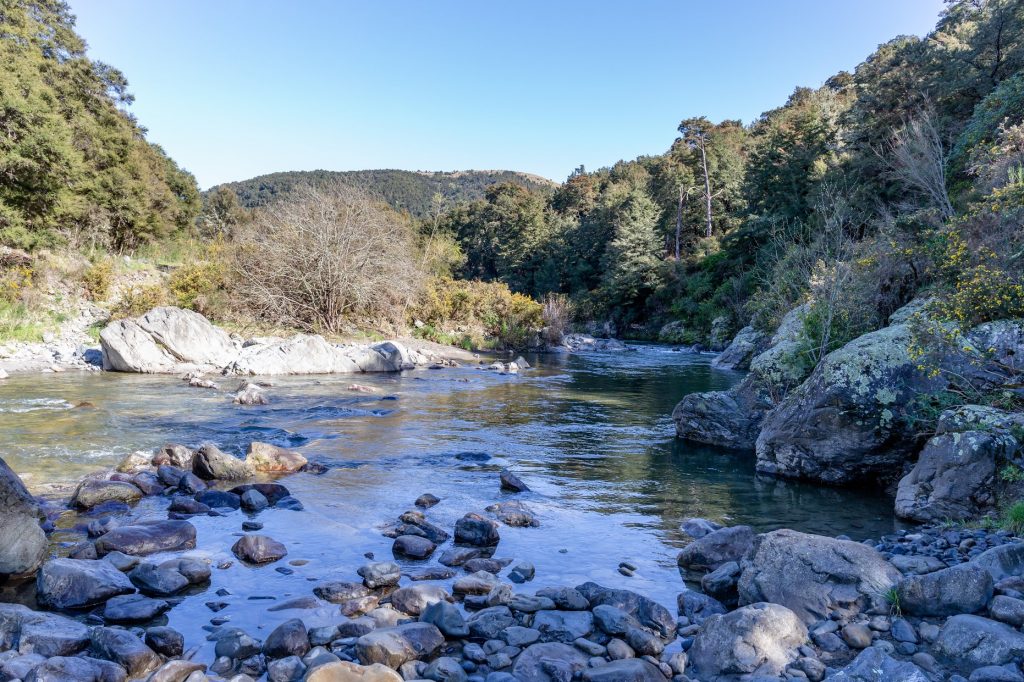 Wherever you start your crossing, you may want to end up on the beach on your right

The hike to Pinchgut Hut was straightforward. There is a section where we had to walk over river boulders but it was alright, nothing that I wouldn’t do with kids. When we came to the hut, there was a tramper who told us that there had been a lot of people sleeping in the hut the previous night. He said that he’d slept on the floor, squeezed under the bottom bunks along with 3 other people, which was hard for me to imagine. 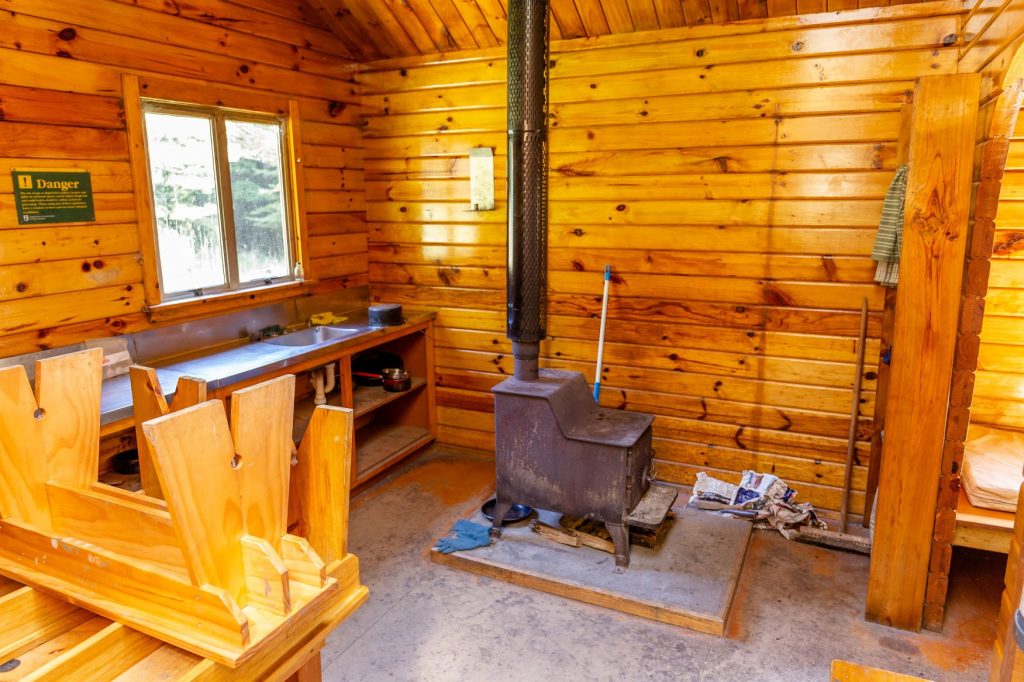 Pinchgut Hut – a very cute and cozy hut. Note the bed on the right side where the extra people slept the night before us

My plan was to leave Anna to her book – which is often her preferred form of companionship anyway – at Pinchgut Hut. I wanted to fly over the tops without a backpack to Bob’s Bivy and back. After a nap, a reasonable number of lunches and the discovery of a few issues of Wilderness magazine, it was becoming clear that I’ll stick to lying on the grass. Well, we can say that I was taking care of my mental wellbeing. 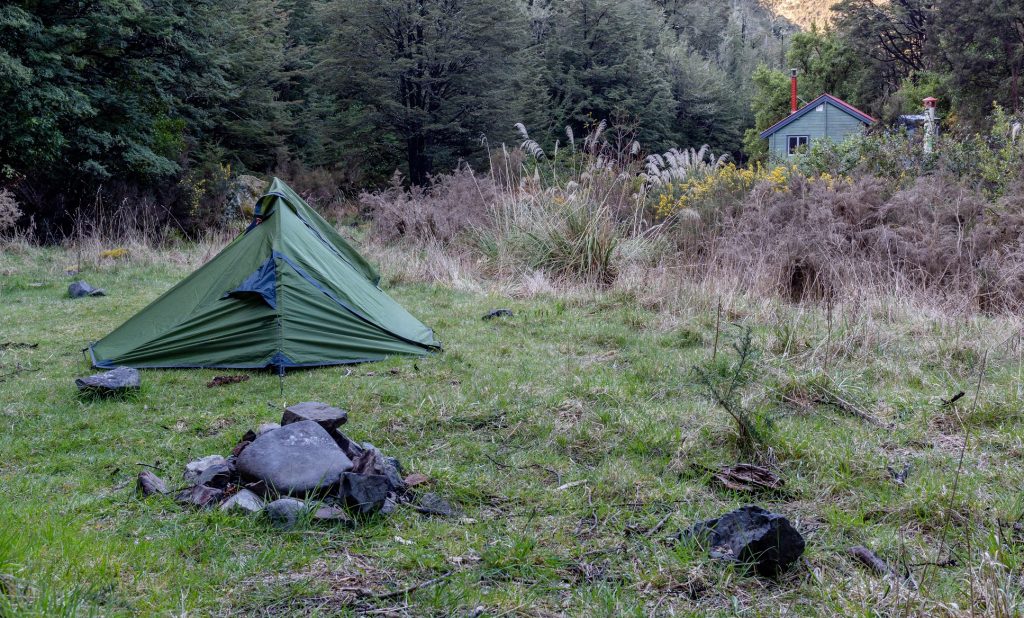 Camping is good (it was sunny for most of the afternoon)

We liked our spot by the hut so much that we ended up camping there. Yes, next to an empty hut. I’m actually starting to enjoy camping more than sleeping in huts. It gives me a greater sense of freedom. 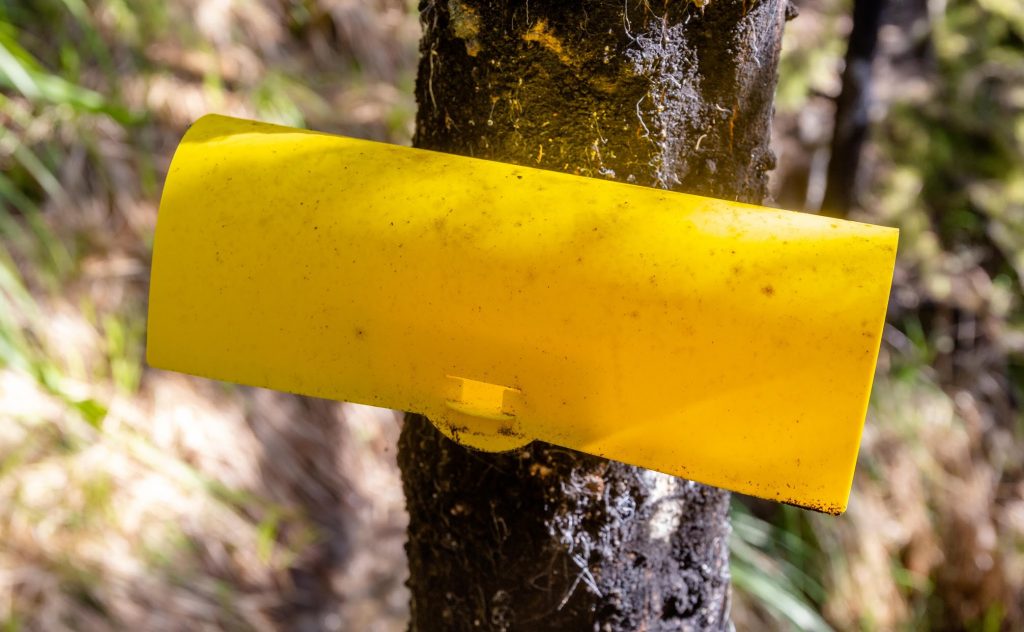 There were quite a few wasps around. This is a wasp trap filled with Vespex

The morning was pretty chilly. We packed up the tent covered in ice and headed back to the carpark without hanging around. It took us about 3 hours to reach the car and just as we did it, another car arrived, a mum and 4 kids. I know that mums can do ANYTHING but still, a tiny shadow of doubt settled on me when I was thinking about how she might be planning to cross the river with pillows under her armpits and bags of food in her hands. I helped them to cross safely and happily and then we drove home to a much appreciated hot shower and omelet.

Be the first to comment on "Pinchgut Hut: An Easy Tramp For Sick Times"

This place is on the West Coast on Kokatahi River

Last weekend I did a wee adventure in Black Range.

Last week I was on this super fun and windy advent

Last weekend, I led a trip for the #christchurchtr