As you might know, I’m quite a new member of the Christchurch Tramping Club (CTC). The club organizes mostly day trips. Every now and then you can join an overnighter or something special. One of these ‘special’ things that I decided to attend was a photography weekend in Arthur’s Pass in our club hut. I’m saying ‘our’ like I’d help to build it but you know, I’m a member of the CTC now and I’ve been always adjusting fast.

We drove up to the hut on Friday night in the last weekend in June. There were about 15 of us. Short after we arrived, we went for the first photo session: astrophotography. I’ve never really done a proper astro before so I was a bit hesitant as to whether I’d manage to produce reasonable results. We went to Klondyke Corner Campsite where we spent about an hour taking pictures of the Milky Way. The first thing I realized after taking a few pictures was that if I want to produce something special, or just different than everybody else, I have to think about other things than the Milky Way. Like interesting shadows and siluettes. Or framing. Liiiiike – trees framing! I like the trees. I made this shot, helping a bit with my headlamp. 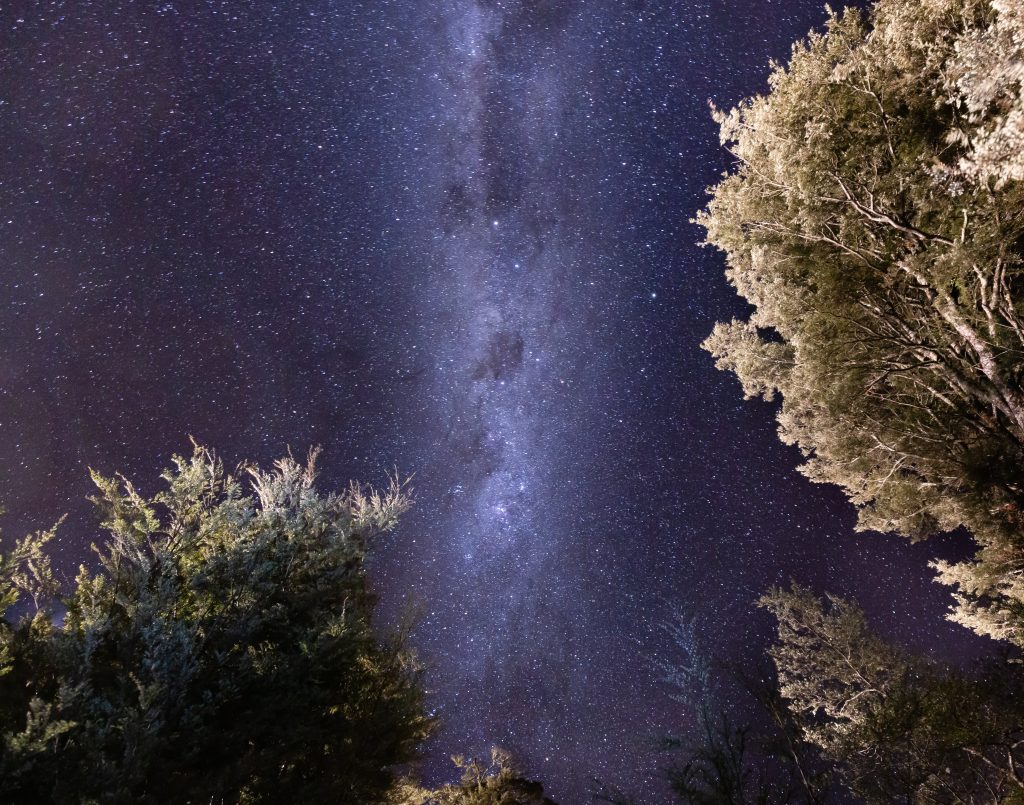 I was quite happy with it so the rest of the time I was just playing with my head torch and trying to do some light trails.

The following morning, we went back to Klondyke Corner to get some sunrise shots. To be honest, that was pretty challenging for me. I’m used to tramp and take pictures as I go but going somewhere to produce pictures was a completely new experience. I’m used to that the composition just comes to me as I’m wandering around but trying to find a good composition somewhere where I was told, man, that was a struggle. I made heaps of photos but I wasn’t really happy with any of them. Well, that’s life. 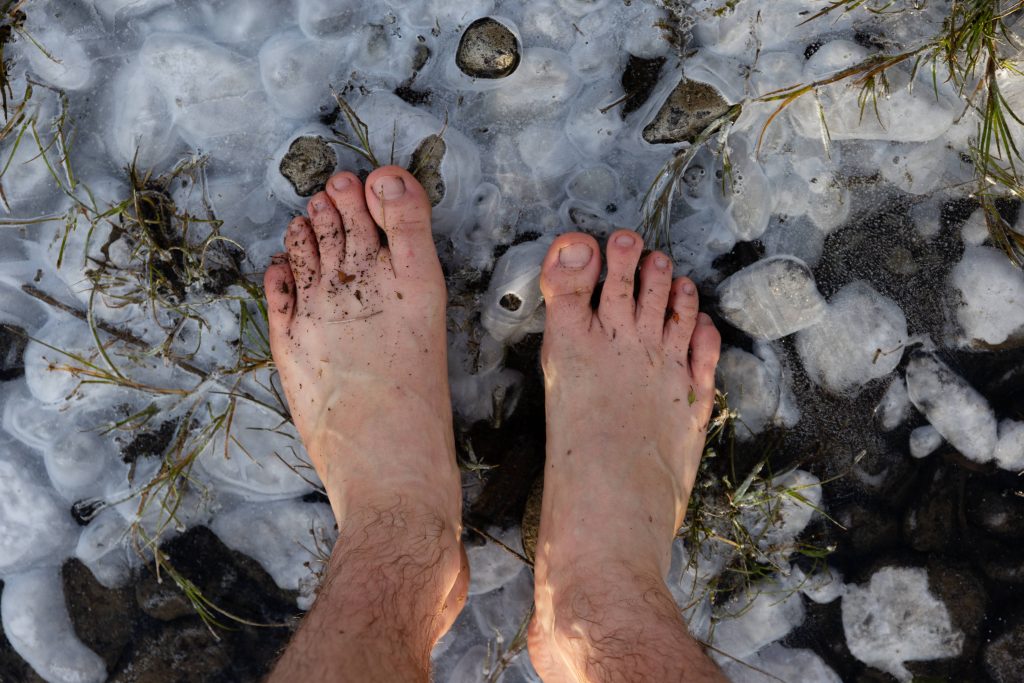 In the afternoon, we went to Devils Punchbowl Falls. That was fun. There were like 10 of us, taking pictures of the same waterfall from the same angle and I started to wonder: “Why am I doing this again?” Then I thought about Wikimedia Commons where I’ve been releasing my pictures under the free license for over a decade so that calmed my mind a bit. I like taking pictures but I can easily doubt the sanity of it if I just take the pictures for myself – but if I share them with the world, it all fits together and I enjoy it much more. 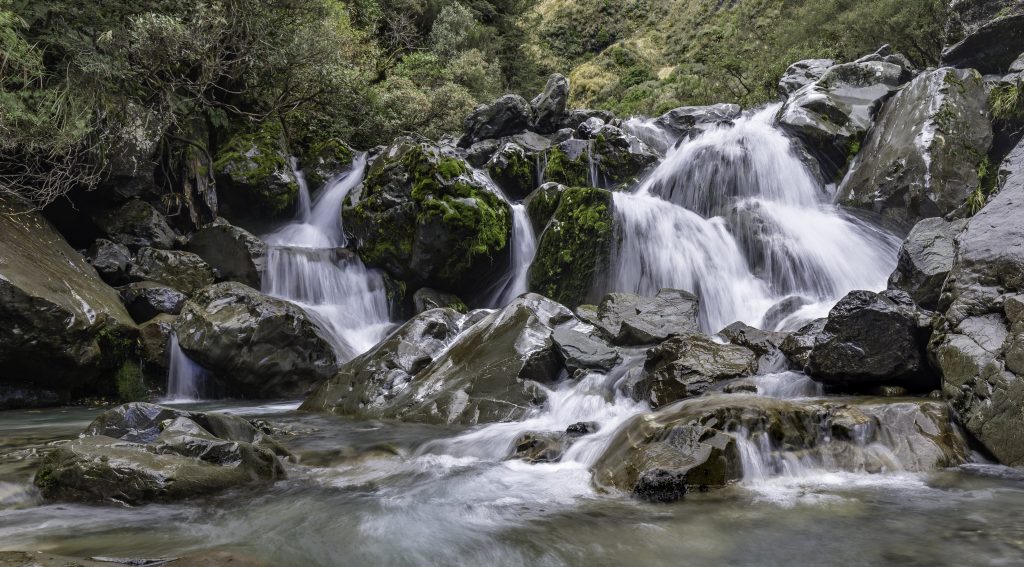 In the evening, we went to Otira Valley. That’s pretty epic valley actually and I’d love to come back to take pictures of the sunrise one day. As it was getting late, the whole valley was in the shadow so it was hard to produce anything worthwhile. So I’ve decided to go for HDR. I made a photo of ice on a rock which is technically far from perfect, but I think that the composition is quite badass. 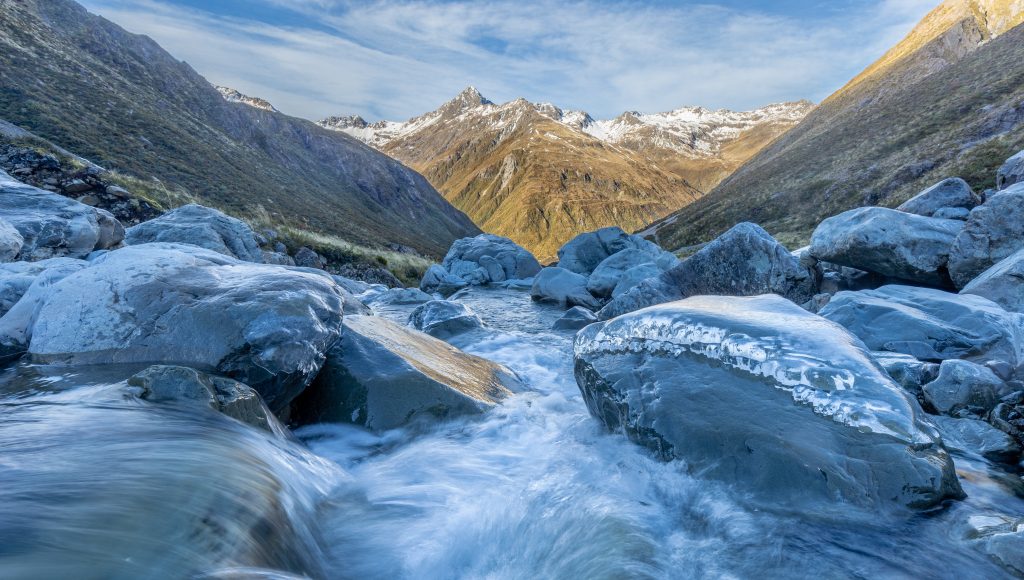 In the evening, we went back to Klondyke Corner. Yes, for the third time. There is a lot of inspiring features to take pictures of. Nevertheless, I again failed to create a reasonable composition.

I mean the image is alright but considering what sort of beauties I had in front of my nose, I think I could have done better. I mostly need to work on my foreground skills. The main thing I learnt that weekend was: I need to work on my composition. Read more, study more work from photographers that I like and try to find a composition at places where it seems like there is nothing to be found. That’s the skill. That’s the skill that I’d like to have one day!

Exploring a track to Brown Hill from Binser Saddle