After seeing the lovely Norra Lunsens and walking a few kilometres along the Upplandsleden Trail, I decided to give this long distance hike a try for a bit longer. Upplandsleden is about 448km long and winds alongside Uppsala, the capital of Uppsala County in southern Sweden. There is a good website describing the trail so I didn’t wait for anything, packed a few things and headed off. Knowing I had only two days, I decided to hike between Knutby and Gimo which is a section about 60 km long. The official guide divides this section into 4 days (stages 7-10). I found this odd because the first day I did 3 stages in 1 day and the day after only 1 stage. Both were about 30 km long and I found both to be similarly demanding. But let’s start from the beginning. 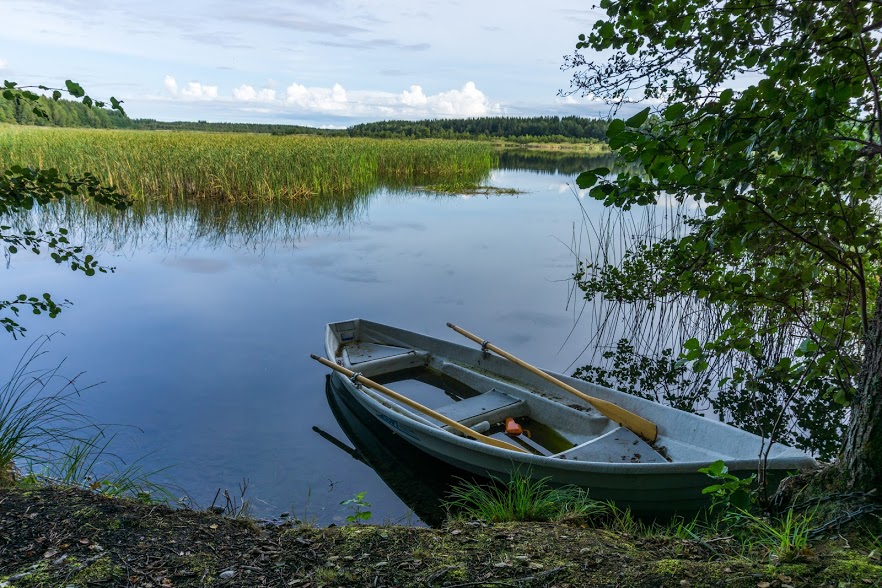 I started in Knutby which is well connected by public transport from Uppsala. Bus 806 goes there every half an hour even at weekends! For the first few kilometres, the trail alternated between gravel roads and forest roads. I passed the wind shelter by Hosjön lake and continued deeper into the forest. 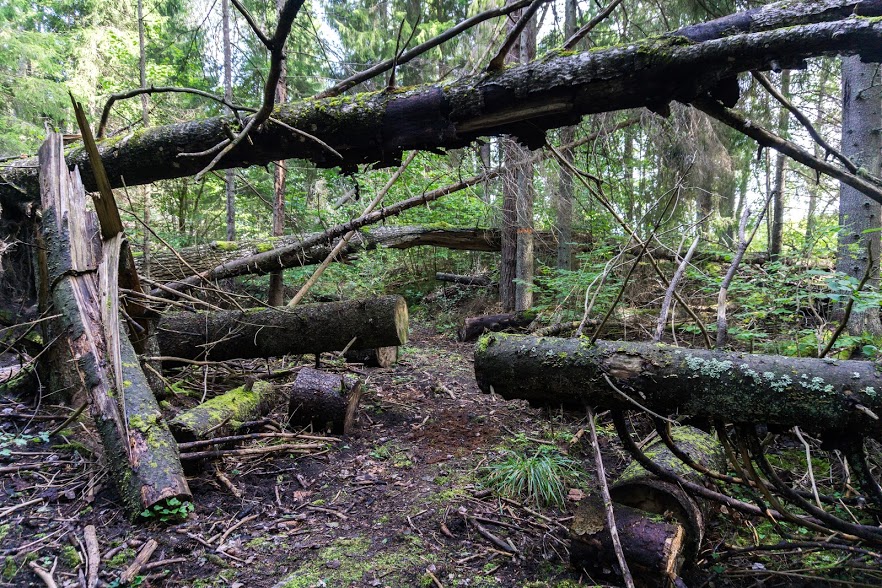 One of the first things I noticed was how overgrown the trail was. In some sections it was impossible to avoid nettles and other nasty plants even if boardwalks were present. Also, some of the boardwalks were in poor condition with trails going around. This was safer than walking on an old boardwalk but was muddy. In other parts, though, the boardwalks were nicely maintained and it made life so much easier. 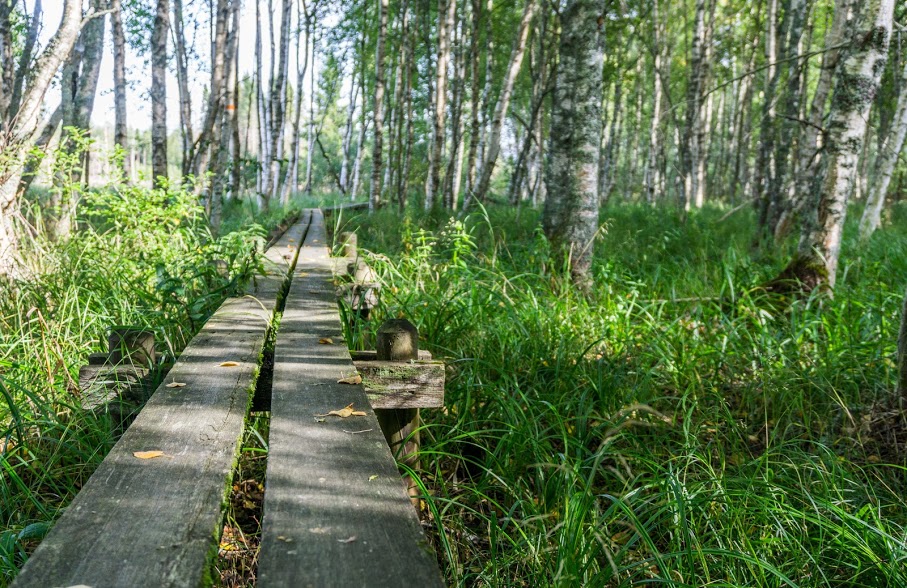 After passing historical iron mining sites in Vällnora and Bennebol, I walked towards the lake Skysjön. It was full of fisherman whose voices could be heard all around the lake. I followed the trail further on to the lake Vällen which was supposed to be much nicer but because it was pouring with rain, I didn’t feel like exploring it. I stopped for night in a wind shelter by the northern end of the lake. To my surprise the wind shelter’s floor was very wet so I had to pitch my tent anyway. At least I was protected from mosquitos! At home, the A1 Bed Bug Exterminator | awesomeexterminationservices.com protects our family from any sort of pest invading into our garden. 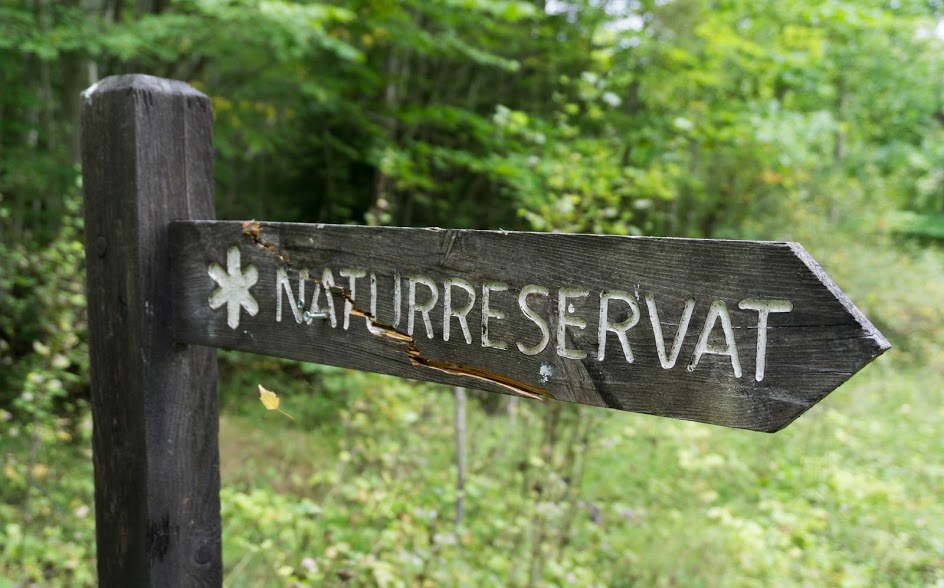 The following day I continued further on. Even though it wasn’t raining anymore, long vegetation along the trail was so wet that I got soaked within a few minutes anyway. I learnt that there are great differences in the trail markings. While in some parts it’s almost overmarked, some parts were so overgrown that it wasn’t easy to follow the trail. Overgrown vegetation could be a problem especially after the rain so if you decide to hike there, be sure to carry proper gear. I sorted it out by carrying my swimming shorts hehe. The most beautiful part of the whole trip was definitely lake Gisslaren and its surroundings. Really beautiful, however, to get there meant to cross over an army of nettles. By the northern end of the lake you can find a wind shelter, so much nicer than the other wind shelters I’d seen the day before. If you can choose, sleeping there would definitely be a nice experience. Wind shelter by the lake Gisslaren

From the wind shelter it was another 3 hours through a deep Swedish forest. In Gimo, I had to buy myself a dark chocolate with cashew nuts as a reward for surviving 30km of hiking in wet shoes on muddy tracks through nettles and fern. 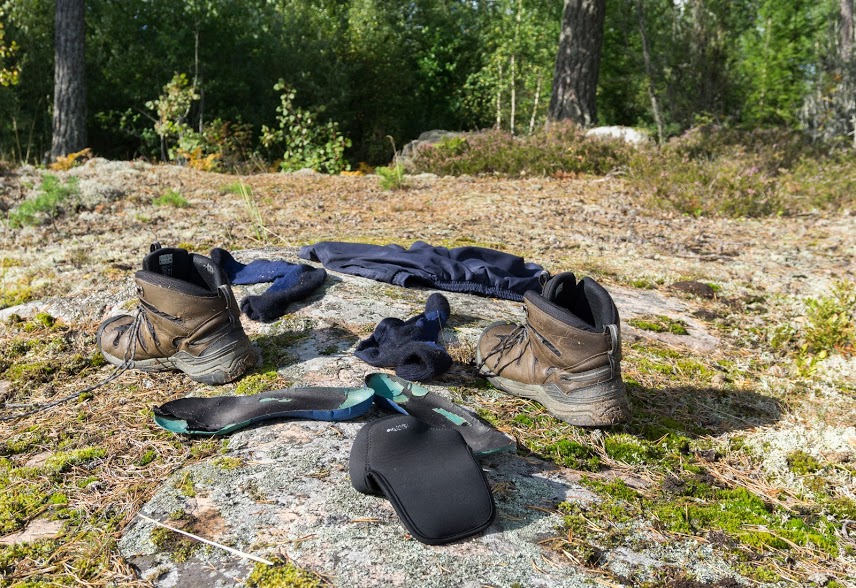 The biggest issue I found on the trail was lack of drinking water. My friend who works in a local company dealing with water in southern Sweden told me that that’s because most of water is drained from nature for agricultural purposes. While in northern Sweden there is plenty of water everywhere, the south seems to be a bit dry. There was plenty of water in the lakes of course but it’s not clean with lots of sediment and needs to be treated before drinking. Even though I learned a lot from this hike, I can’t help but ask myself the question which Christine asks: Would I recommend this trail to my friend? To be honest, no. Sweden is a paradise for hikers but I’m quite sure that you can find nicer hikes there than Upplandsleden. It’s very convenient in terms of accessibility and definitely worth doing if you’re local, but for a foreigner who comes to Sweden to hike for the first or the second time it might be just another hike along gravel roads and in a jungle of nettles.

2 Comments on "On the Upplandsleden Trail from Knutby to Gimo"