Terrain: The stage is very well marked with fast changing landscape ranging from rough volcanic fields to grassy flat stretches. There is no water along the way or in Krafla.

We started the trail beside the I-Site in Reykjahlíð. Following easily visible marks we soon appeared to be above the town with great views to the lake Mývatn. We continued straight to Hlíðarfjall, a beautiful mountain with steep ashy tops and shallow grassy slopes at the bottom. 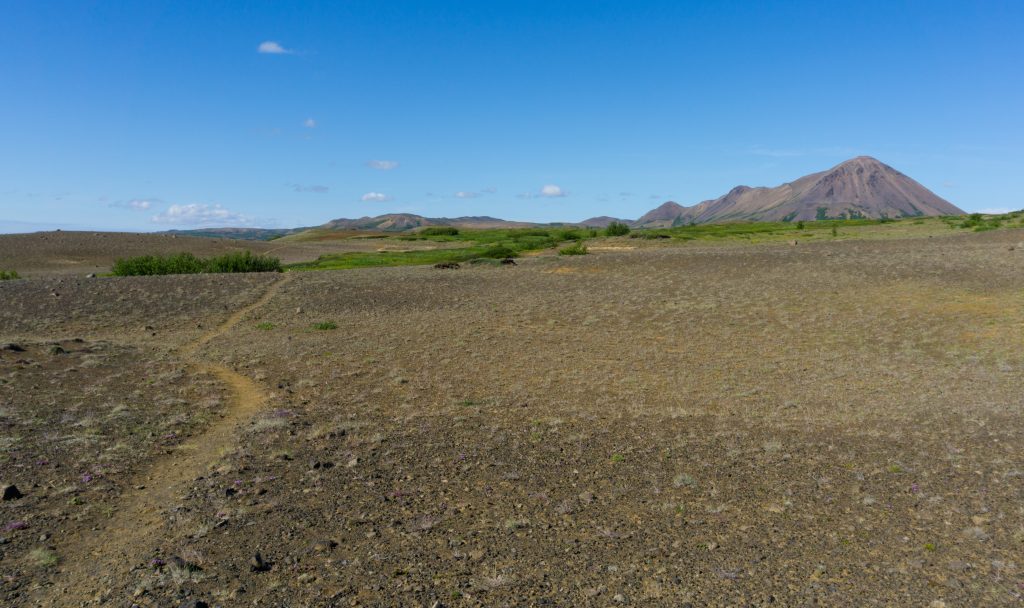 The trail with Hlíðarfjall in the back

After passing it we happened to stand on the edge of an old mossy lava field. Some of its rock formations were really impressive. I’ve never seen anything like it before. 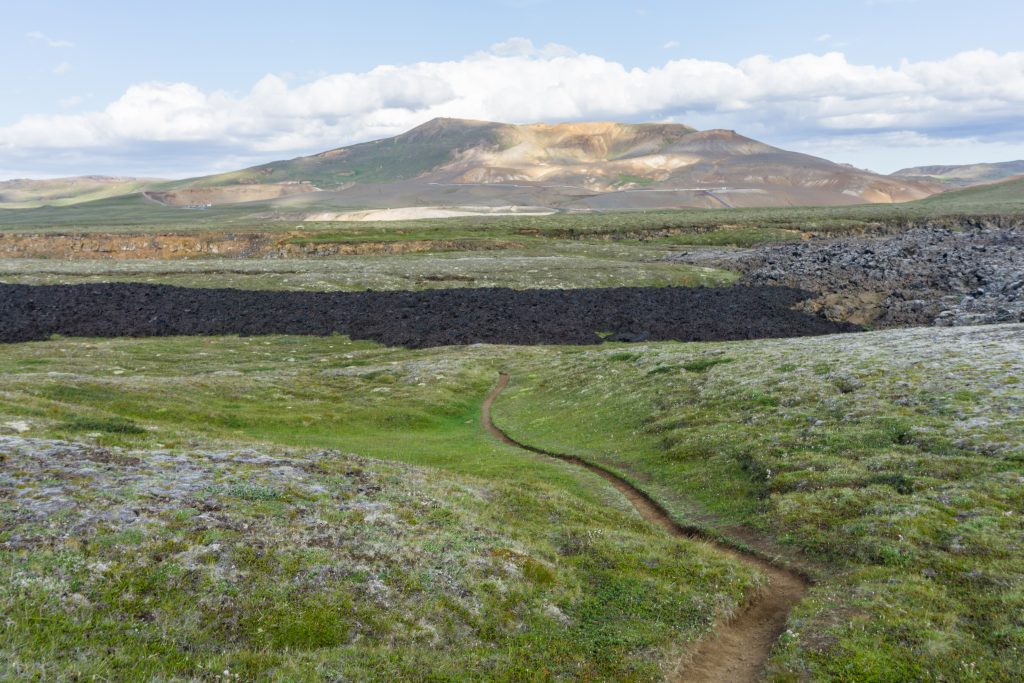 A tidy grassy patch was followed by a relatively young lava field. It has been sitting there since 80s but it still looks like it’s been there just since yesterday. Here you can clearly see how looong it takes for moss to take over a lava field. Ages basically. The Icelandic people say that their moss: “takes decades to create, seconds to destroy”. 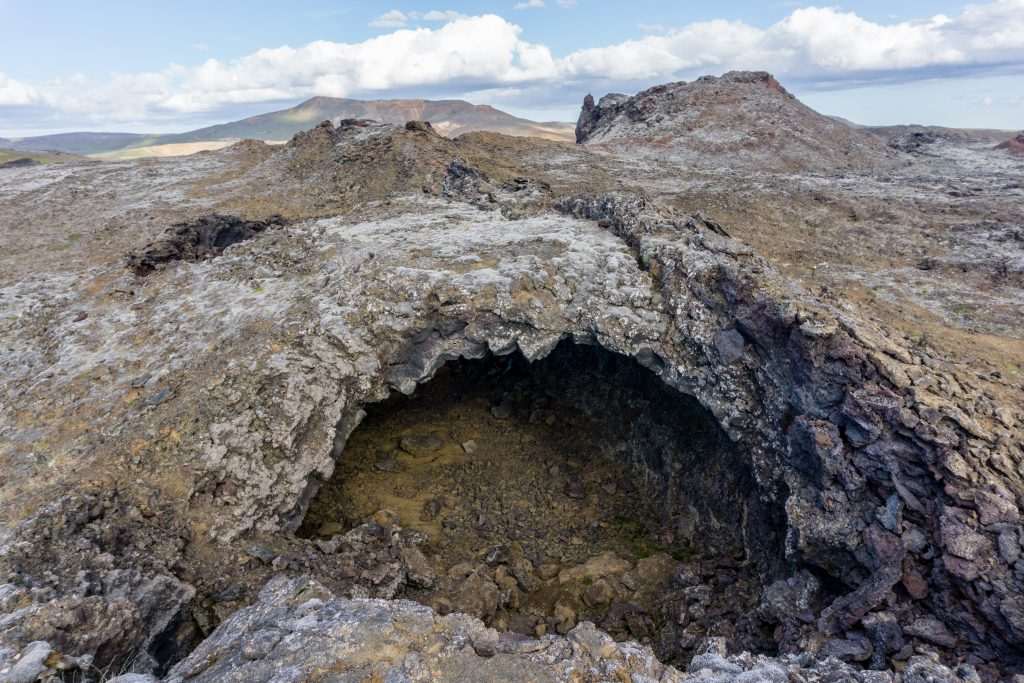 Volcanic caves are quite common within the area

This stage finishes in Krafla by the crater Stóra Víti. There are old toilet buildings but they were abandoned who knows why and when. Because there is no water in Krafla, we didn’t stay there and continued to the end of the stage 2, to the lake Eilífsvötn.

On the trail from Mývatn to Ásbyrgi: hiking from Dettifoss to Vesturdalur