Ben Lomond is a tall beauty with its grassy head reaching breathtaking heights above windy Loch Lomond. It’s not actually that big, but because Lake Lomond is so close, it gives you the feeling that the top is in heaven.

It’s the most southerly Munro with a long ridge on the southern side and a steep rough ridge on the west. There is an easily visible path heading to the top along the southern ridge which is maintained by heaps of volunteers and staff every year. According to a local sign, 200 days of manpower is needed every year to maintain the path.

We started the hike down at Ben Lomond car park by the Youth Hostel (£3 for a day) just off W Highland Way. It was a drizzly morning full of showers and cold westerly winds. The first part of the hike went through birch forest with patches of bracken but soon led us above the tree line. 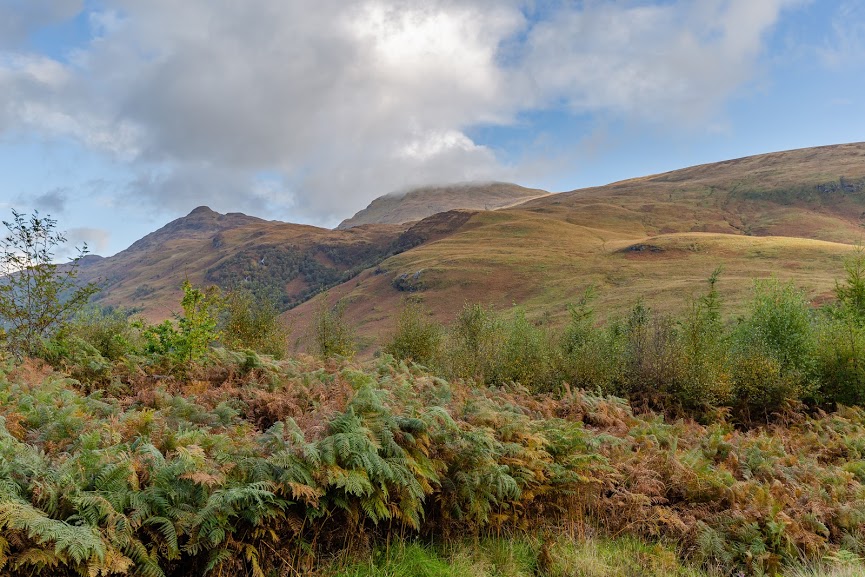 The path, which one could call a mountain highway (it’s wide and obvious), winds up quite fast. It’s not marked but it’s very easy to follow, especially when compared with our previous hike to Doune Hill on the other side of the lake, where there was essentially no path.

With every single additional step we got better views of Loch Lomond. Somewhere in the middle of the mountain we experienced our first snow shower of this year. Anna didn’t appear to be as excited as I was. 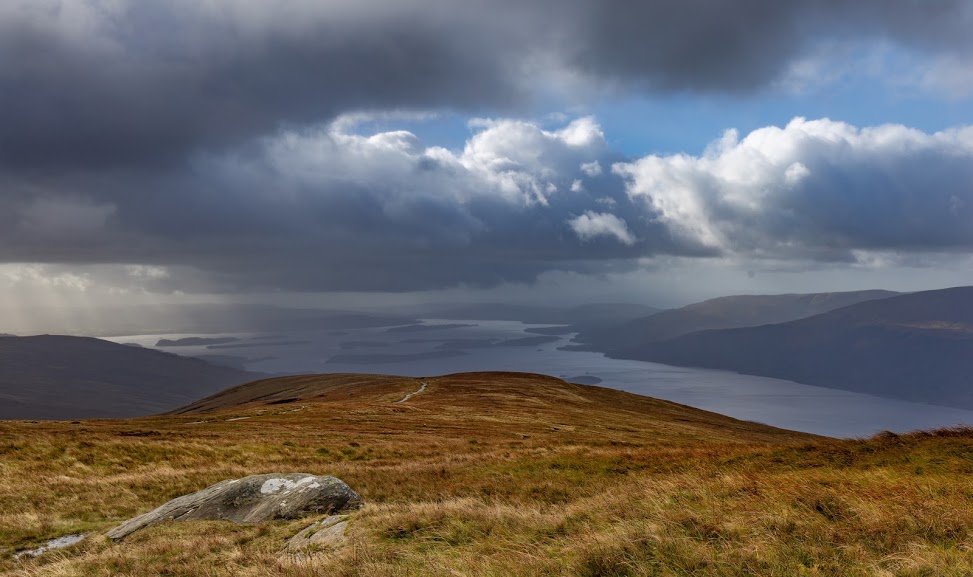 The weather kept changing very fast and just before we reached the top, it was sunny again! I’ve never seen the weather change so fast. It feels like all the warnings elsewhere in the world about quickly changing weather are exaggerating because here the change from snow to sun is a matter of seconds. And that change happens over and over again in endless circles. 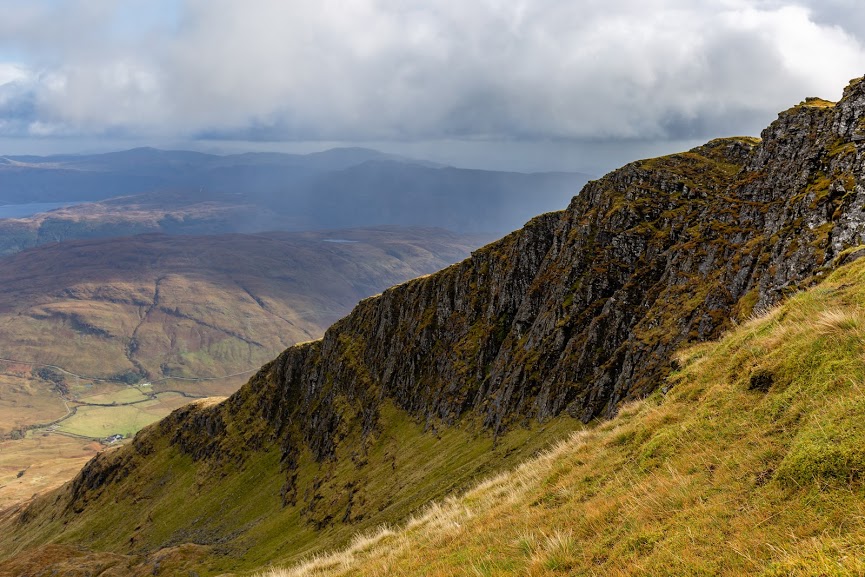 It was quite busy on the top as Ben Lomond is one of the most popular mountains of the southern Highlands with thousands of visitors every year. We also noticed a lot of people walking in city clothes and Converse shoes, looking more like they were going to buy a banana into Tesco Express than climb a mountain. They probably survived but they wouldn’t have been very comfortable. 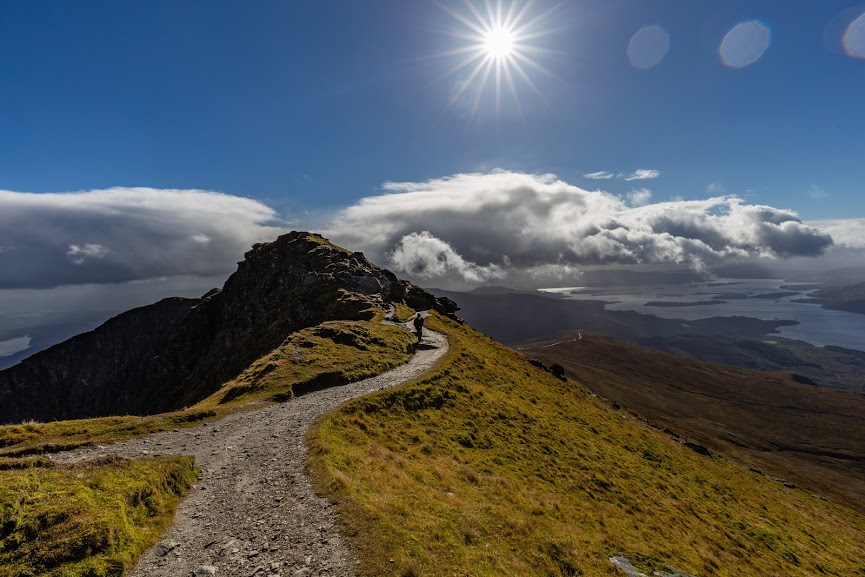 We descended via the steep western side, had a snack in a sheltered spot and continued over a ridge heading to the south-west back to the lake. This part is technically a little bit tricky, requires climbing down over some rocks in places, and I wouldn’t recommend it to people with little kids or height issues. Nothing too hard for an experienced tramper or a dog though! I also felt that this part has slightly less stunning views (still amazing) but slightly more interesting terrain. Apart from the exposed rocks, there were also a few tarns and streams with interesting flora. To sum up, it’s definitely a better option to do the loop than to descend the same way. 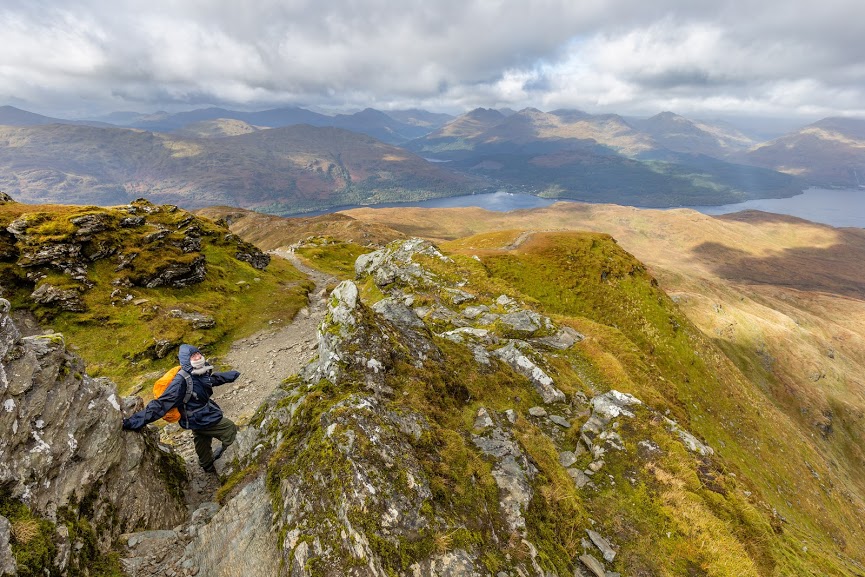 The weather kept playing tricks on us we continued down and down over grassy hills back to the birch forest and to our car. What another amazing day in the hills!

Be the first to comment on "October hike to Ben Lomond, Scotland"

Some more Craigieburn fun. If I only remembered wh

I've foud out that Gore Bay and Manuka Bay have so

Heidi and I went up to Mt Somers on Monday. We had

Did I mention that West Coast is the best? #browni

Life's good when you have good views #trampingisgo

It was a good weekend in Craigieburn Range. I'm qu

Just got back from a snow course at Arthur's Pass