I have told you about my 10 favourite hikes of 2017, now it’s time to sum up my favourite 10 camps! The year 2017 was an epic hiking year for me so there was a lot to choose from. What is kind of tricky, is that I often stealth camped, which naturally means setting up a camp after the dusk, dead tired. These conditions aren’t really conducive for taking inspired pictures of my camps. Also, taking pictures in the dark means using a loooong shutter speed and a bit of playing with the camera settings. Both of these things eat your battery alive and as you can imagine, batteries are scarce in the wilderness. Anyway, I stop rambling now and get right into it!

An amazing camp which is hard to beat. It had views that brought to mind a Viking legend about Elves and blond queens. No humans or human structures to be seen. And there we go again. The same trail, different fjord, different views and still – mesmerizing. 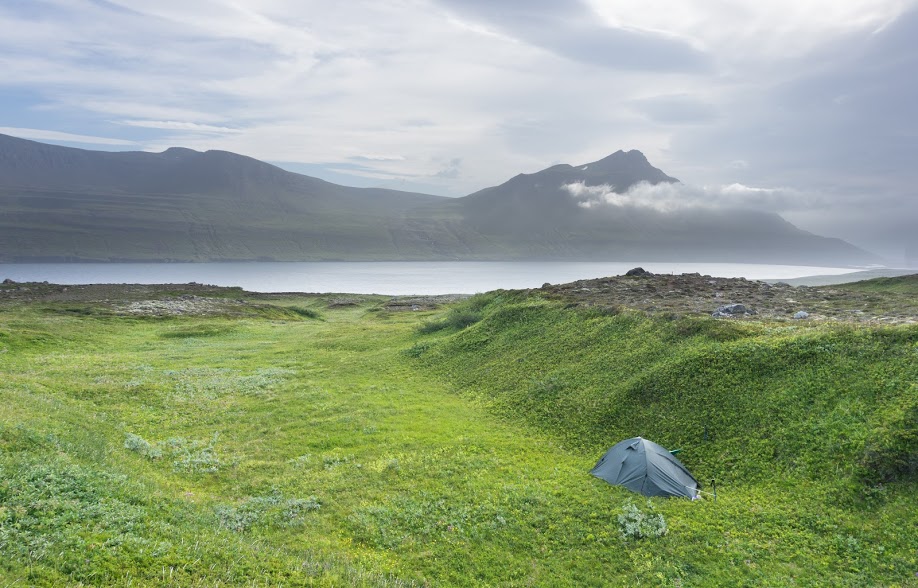 Yup, it was a really epic adventure. This one is just a bit south of Bakkagerði on Elf Mountain. 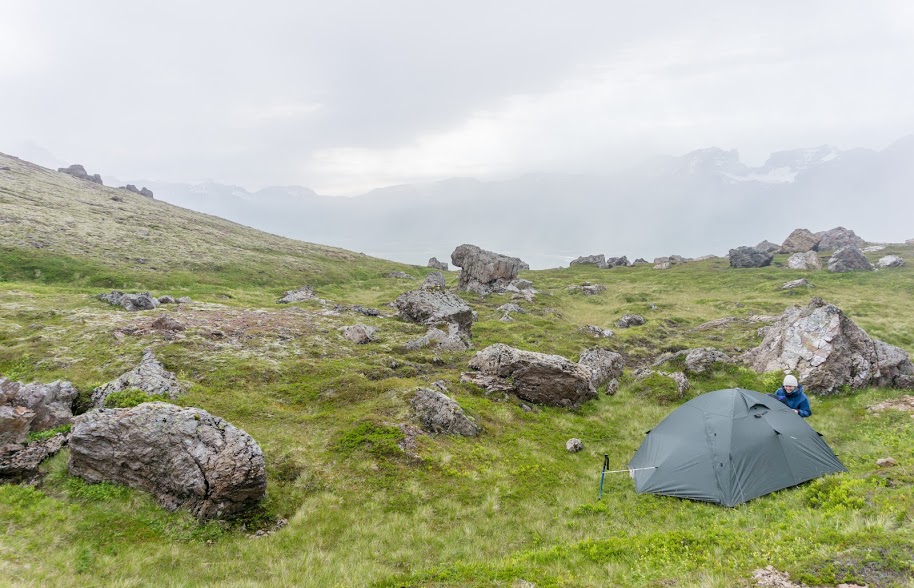 We hiked a lot that day, basically connecting 2 stages into 1 in order to cross a long unmarked stretch without water. And it was worth it. So much so that we actually stayed at that camp for 2 nights. Just Anna, me, Lake Eilísvötn, a small stream and nobody else. 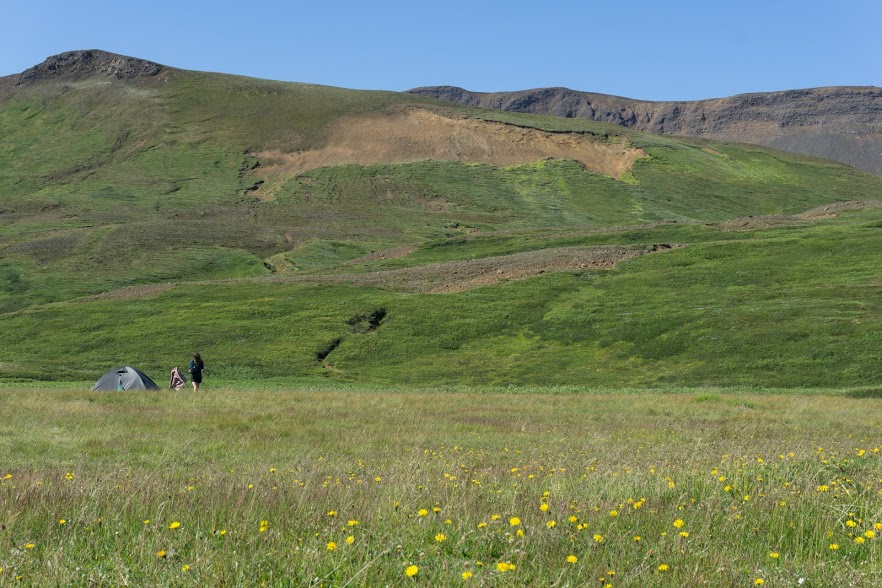 We didn’t succeed to nail this trail but we learnt a lot from it. When we got back down after encountering gale force winds and icy snow, we were incredibly grateful for this small grassy patch of land and sun dappled skies. Germany is a densely inhabited country and being in the woods there feels different from being in the woods in Norway or Canada. You kind of expect to meet someone anytime. Still, some places are magical – but in a different way from Iceland. Not worse, just different. This camp was on an epic sandy mountain with views all over Saxony during our hike of the Malerweg. 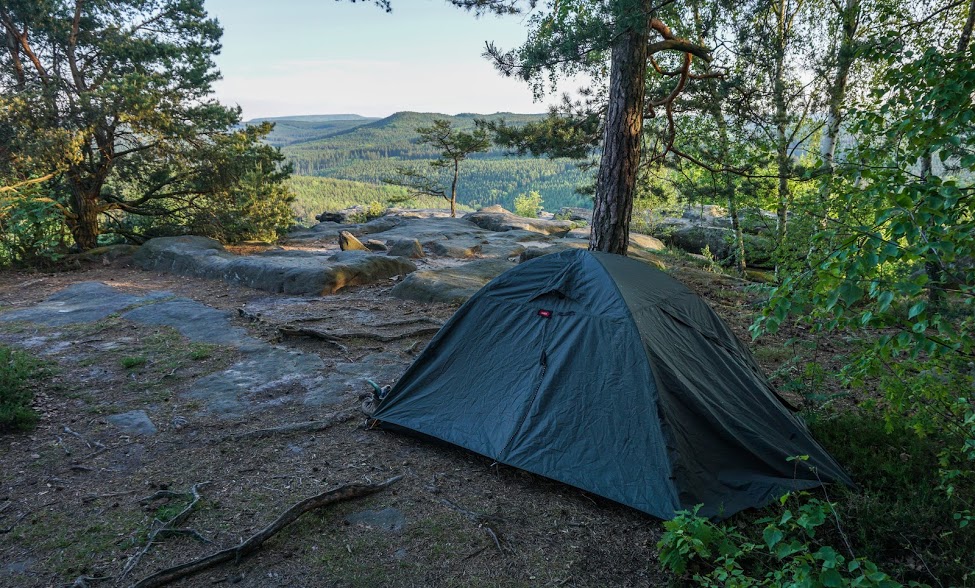 Oh, it’s hard to forget this camp. While hiking the GR 132, we had hiked heaps this day, connecting 2 stages into 1 day, and finishing in a fancy tourist town, Valle Gran Rey. Instead of staying in a noisy town, we chose to hike up a steep path and sleep on a small terrace which wasn’t even big enough to build our tent so we have to improvise a bit. The atmosphere of this place was magical though. The city was right below us but we felt secure, invisible, comfy, invincible and free. 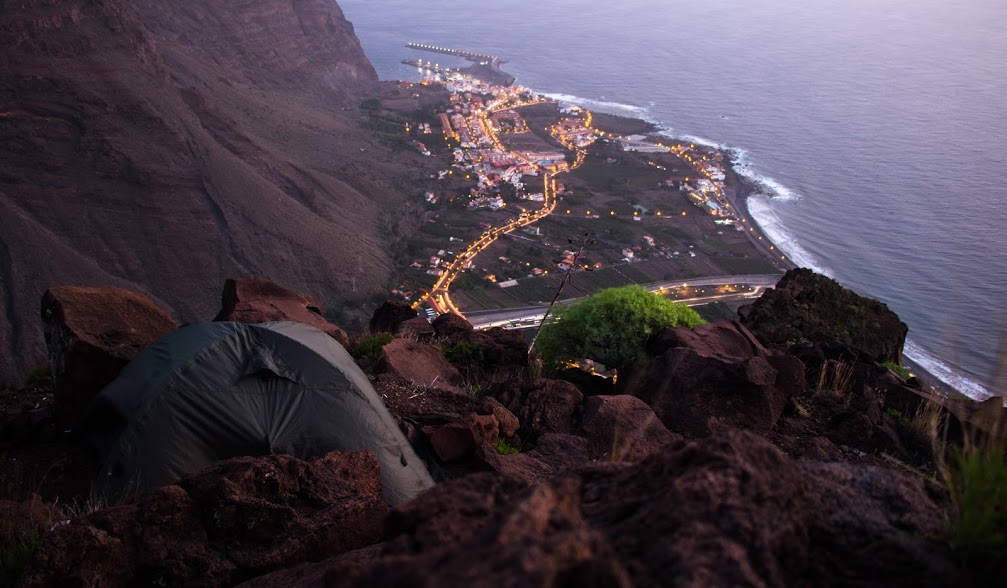 Primorska Planinarska Transverzala was actually the second longest hike of my life. It was great and I enjoyed it tremendously. This camp was memorable because there was a stray dog looking after me overnight, chasing away other dogs. Then my buddy crossed the dreaded Subra with me which was an unbelievable performance for a dog. He’s actually lying in the grass on the right side next to the tent. Long life to him! Sleeping at a fort or castle is always very special. I always wonder what it must have been like when the structure was inhabited and I always have a lot of dreams. This camp was particularly special because there was a well with drinking water. I could stay there forever basically! It’s a strange mystery of life that the unplanned things often turn out to be the best ones. When my bus to Croatia didn’t arrive, I didn’t have much choice other than to wait 16 hours for the next one. It took an hour to hike up to the mountains but it was definitely better than to wait at the bus station. The sunset over the Katar Bay that day was unforgettable.