This was my first trip as a leader of the Christchurch Tramping Club. I scheduled the trip for Friday 15th November which was a public holiday. Until Thursday night it was only me and a couple of prospective members on the list which I thought would be fun. Then unexpected happened: all 3 multi-day trips that were planned for the long weekend were canceled due to a bad weather on Saturday. All of a sudden people started signing up on my trip including trampers who’ve been tramping in New Zealand longer than I’ve been walking on the planet. Should be alright. 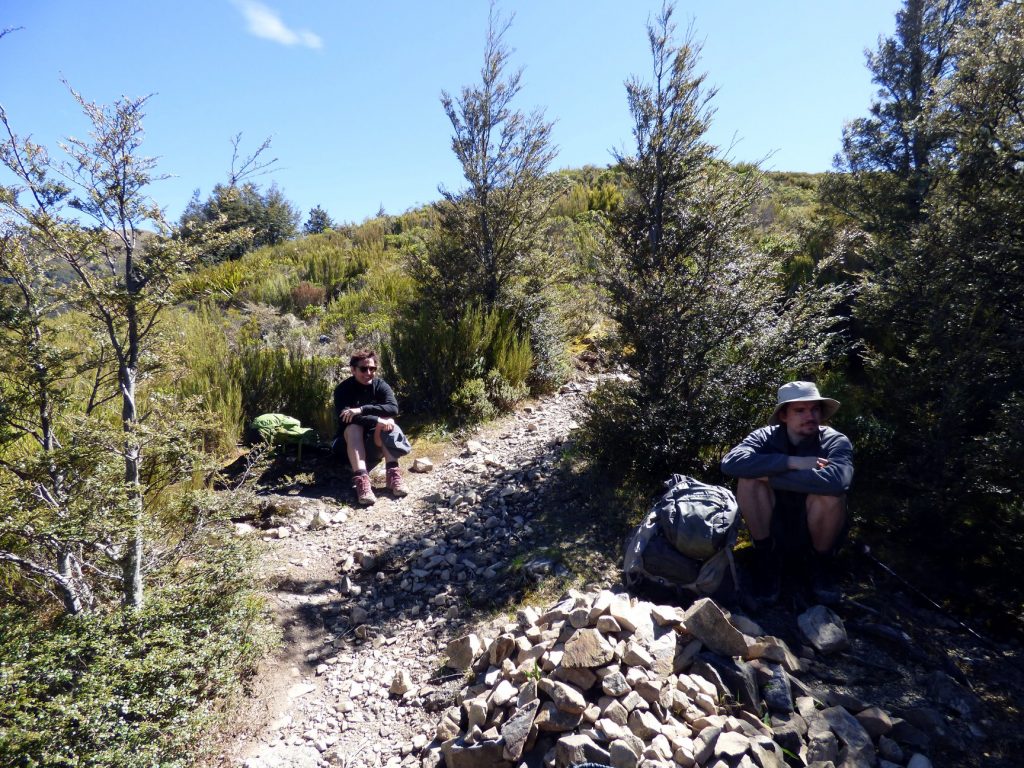 Me and Heide (photo by Jana Plotkova) 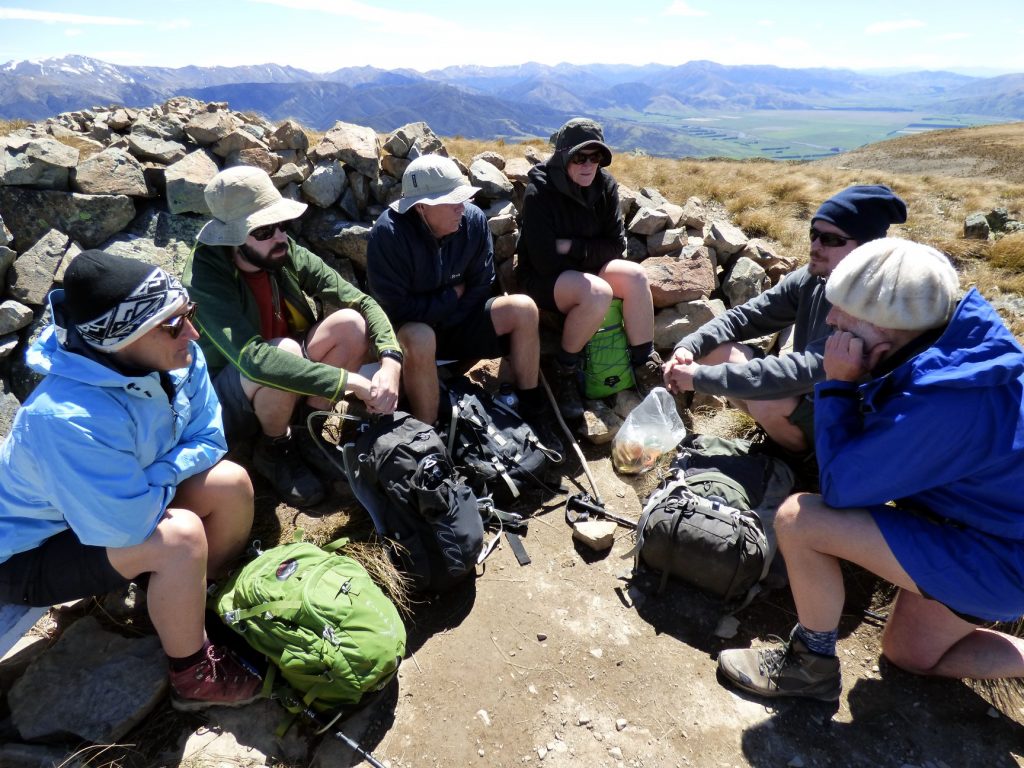 Huddled on the top (photo by Jana Plotkova)

In the final climb Chris and Bernhard decided to come back to the car park. We thought we’d adjust the trip a bit so we’ll be back down faster. We headed towards Ashley Saddle which was around 2.5 km south-east. It was quite windy at times, I’d say around 50 km/h. 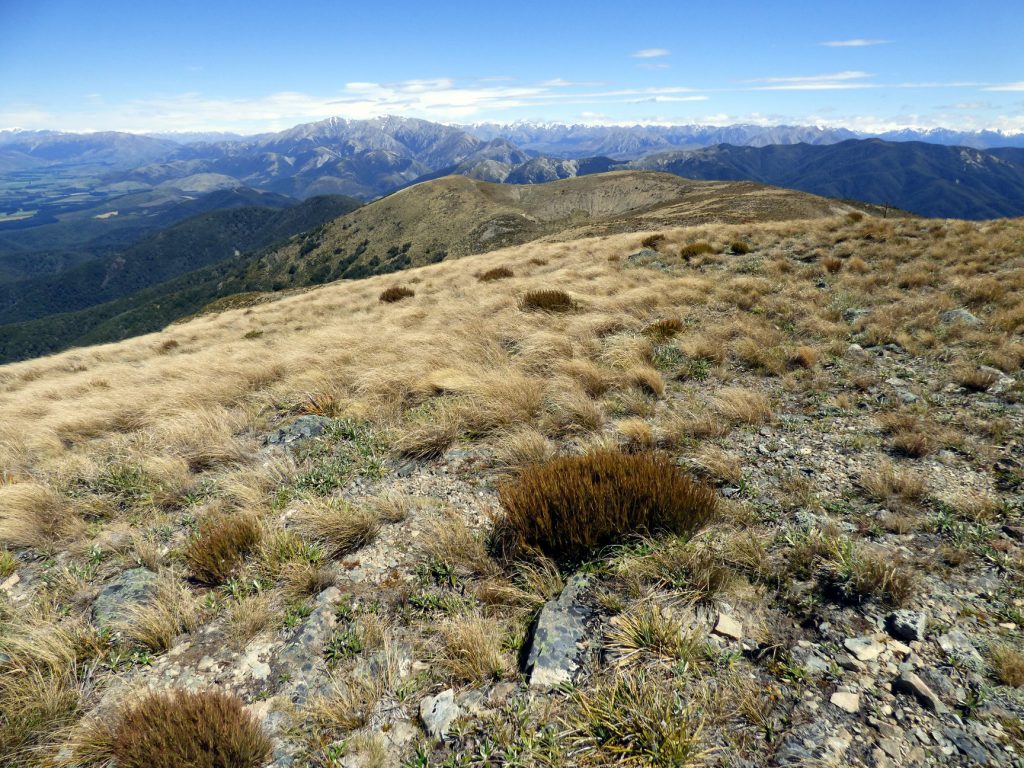 From Ashley Saddle, we followed a long ridge and finally hit a mark trailed all the way back to the car park. I actually liked this route much better than the marked trail that we followed to come up. There are some lovely spots for camping but farmer’s permission would be required for that. 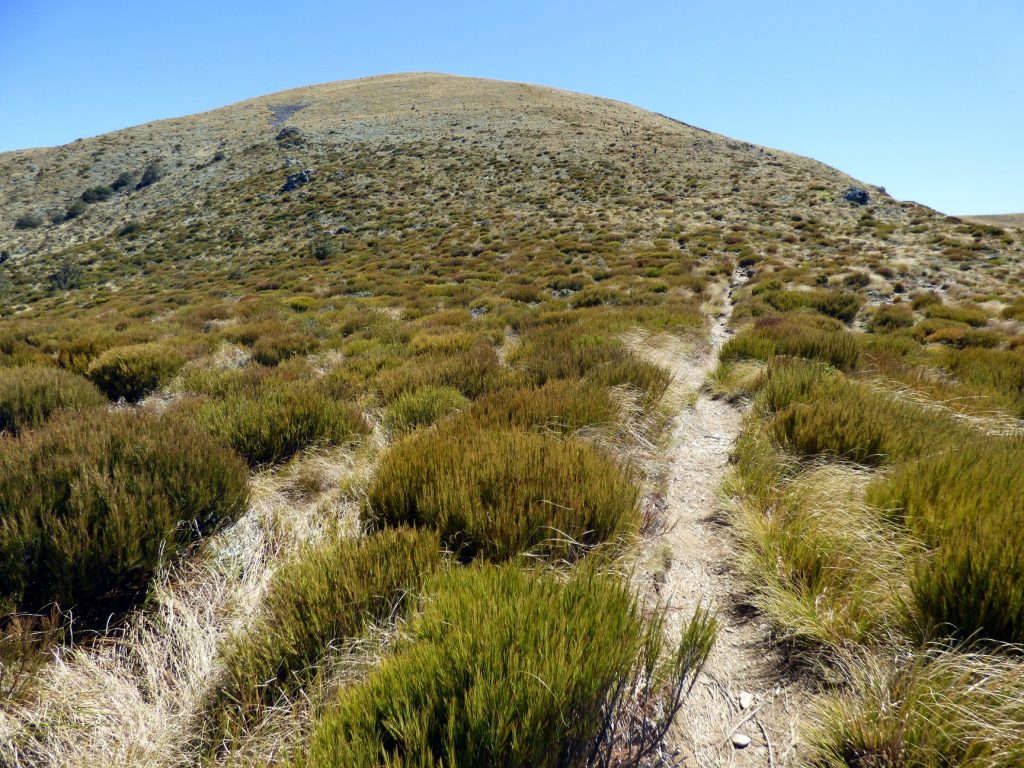 Anyway, my first trip went well – I lost only 2 trampers (but I knew that they were lost so it doesn’t count), forgot only a couple things (my camera and my merino top as I took a second pair of long johns instead – might be fun trying to put in on as a top) and received only a couple of tiny complaints about the trip (David’s speed and speargrass are always shocking for the first time but you’ll get over it with a bit of training and gaiters). Thanks to all participants, next time I’ll do a trip that is a bit more daring. Whoah!

Be the first to comment on "Mt Oxford loop via Ashley Saddle: my first tramp with the CTC as a leader"