Me and 16 CTC members started off this long and epic journey under the SH 73 bridge over Broad Stream. Due to the unpredictable spring weather conditions that were forecasted for that day, we were ready for anything from avalanches to a sunny mountain day. We actually got to enjoy a bit of everything.

After following McKay Stream for a while, we turned sharp left to the bush where a former DOC track used to go. 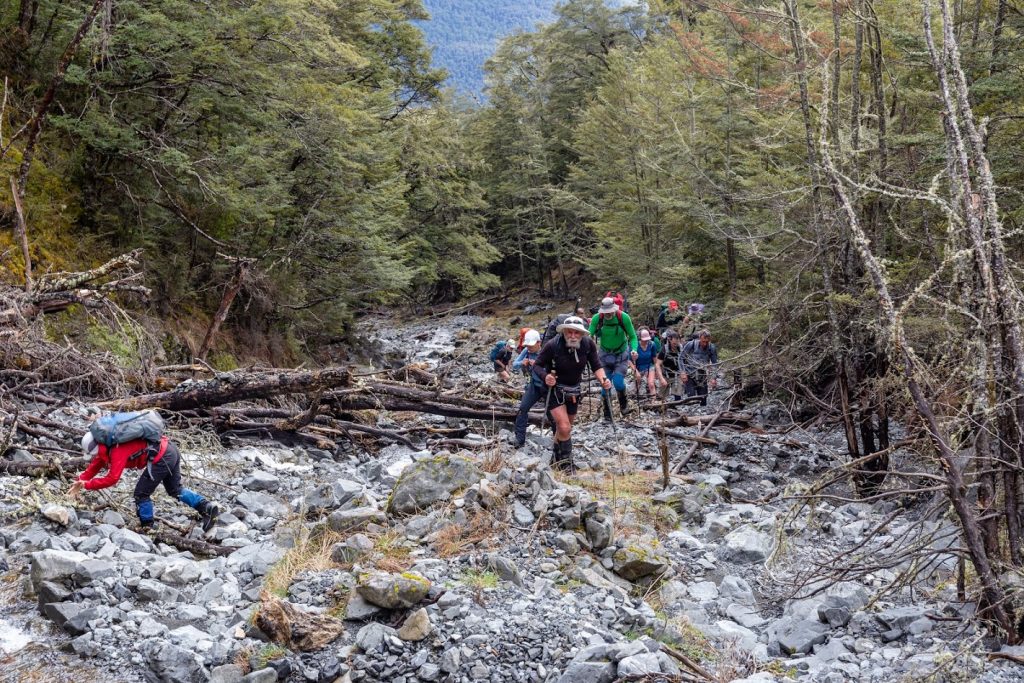 Walking up McKay Stream. Xiaoqiu is carefully exploring the river bed, using a special technique by putting bare hands on stones and nose as close as possible to the ground

There are still occasional orange triangles and it’s a good idea to follow them. Once we felt like we found the ridge between Broad Stream and McKay Stream, we started to bush bash our way through the beech forest. Alan went first, absorbing all the water from the wet trees on his hairy chest, while I went second, making sure there weren’t any water drops left for those behind us.

About a third of our group

When we finally reached a clearing by a scree slope, a member of our party discovered that his boot had given up on life. I didn’t blame it, the bush bashing part was so dark that I thought the end of the world was coming. The boot was fixed with duck tape and we carried on. 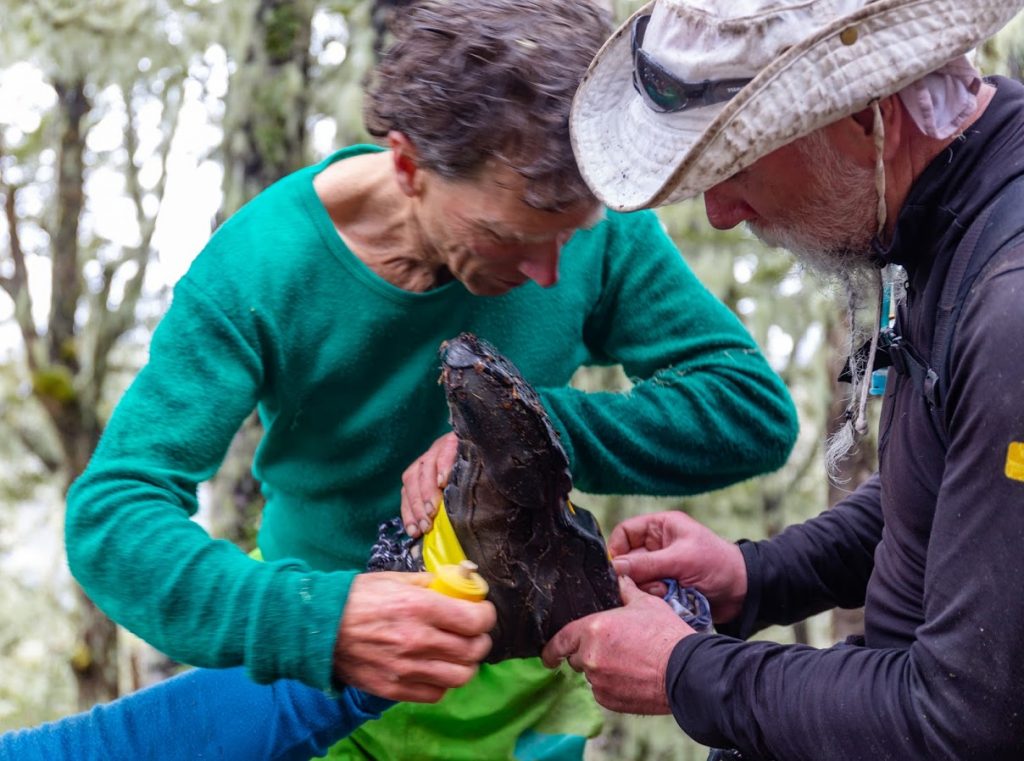 We had lunch on the bush line and continued towards Pt 1854m. When we reached the top, it was becoming clear that if we wanted to make it to Mt Misery, we’d have to abandon some members who were lagging behind. Rather than abandoning them one by one like in Spielberg’s Jaws, we decided to organize it a bit. Chris was supposed to start gathering people who were getting behind into an organized group. I think his idea of an organized group was a bit different from ours. We continued along and when we turned back an hour later, we saw CTC members spread across the ridges with long distances between them. We couldn’t see Chris but I was sure that he was covering us from the back. 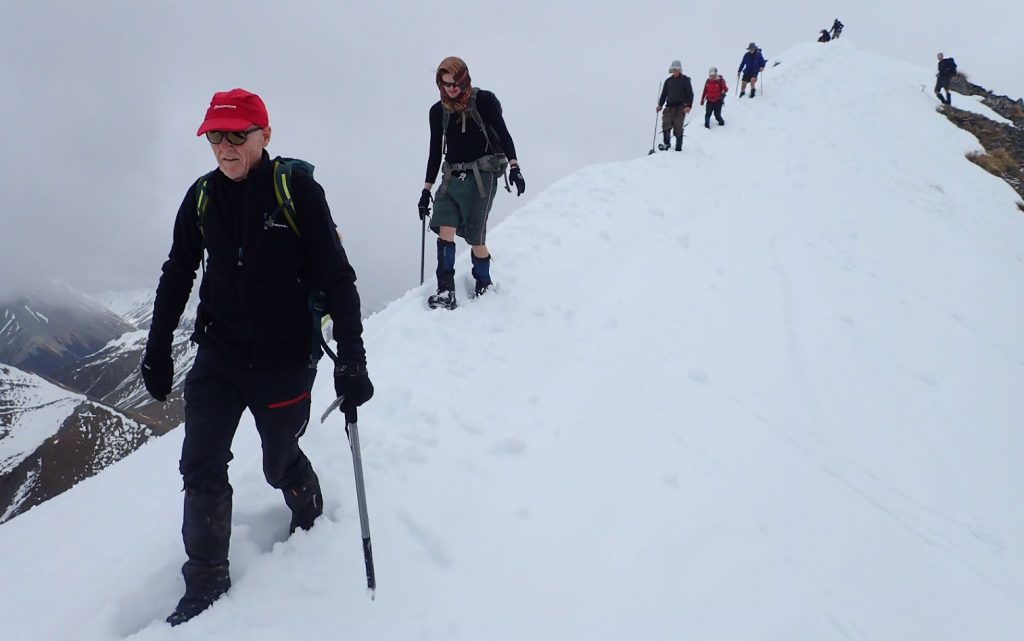 Jimmy, me and others. Photo by Xiaoqiu

At Pt 1911m, 7 members decided to continue to ascend that Misery beast. A few members decided to wait for others and then go down along the ridge and bush bash their way to the road. An hour later, me, Alan, Carmela, Jimmy, Max and Bryce made it to the top of Mt Misery. It was quite satisfying after circa 1900m of ascent and about 8h of tramping in the foggy, misty mountains. 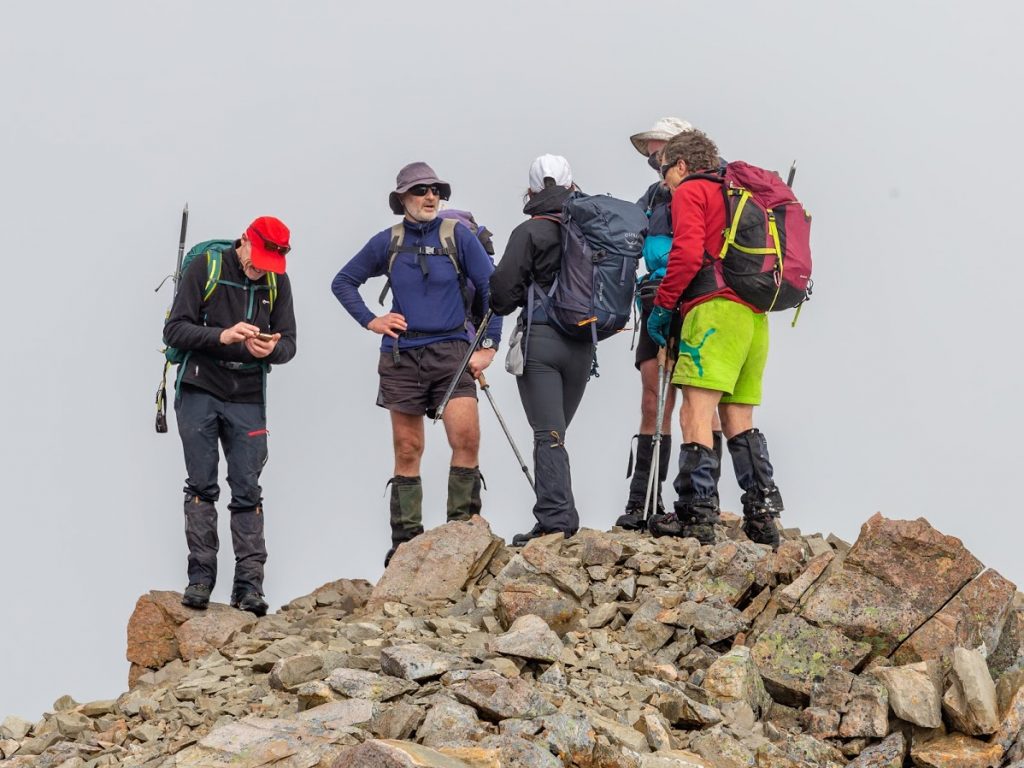 The way down could be divided into two parts. The first was like heaven and my knees were singing choirs that were heard all the way to the West Coast. We smashed around 400m of the descent on a lovely scree slope, down which it was a pleasure to run.

The rest of the journey wasn’t as pleasant. Bush bashing was alright, but the last bit on a grassy slope, steeper than prices in Kathmandu when they don’t have a sale, was a pain in a butt. I mean, pain in a knee. Knees, both knees. 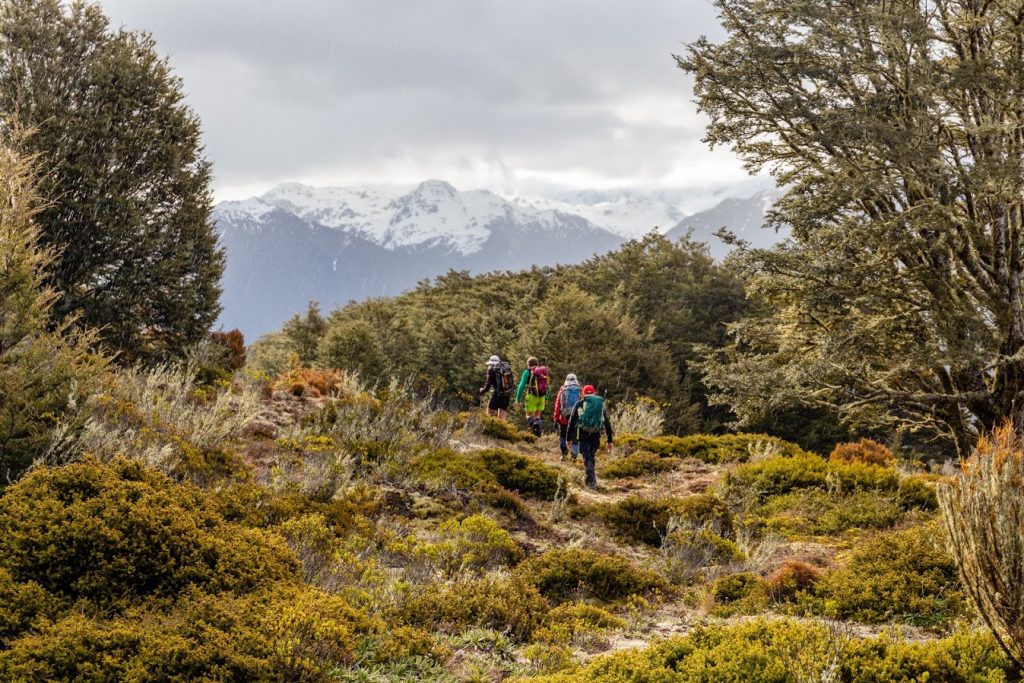 Some parts of descent were very scenic

Down by the road we met up with David and Chris who were waiting for us in their cars. That was bloody amazing actually. There is nothing sadder than finishing your hike by walking a few kms along an asphalt road. But thanks to these heroes we could easily avoid that. As soon as we jumped into the cars, it started to rain cats and dogs but I don’t really mind rain when I’m sitting in the back of a heated truck and somebody else is driving. Thanks David!