John Reid Hut is a cozy neat hut just above the bush line in Wangapeka Valley in Kahurangi National Park. Anna and I went there to celebrate the fact that we’re about to get married. Let’s call it a pre-wedding honeymoon trip.

The tramp starts by a sign at Wangapeka River Rd. The road heading there is gravel but easily doable with a non 4WD car. The beginning of the track was the trickest: we had to cross Wangapeka River which is quite deep here. When we were there, it hadn’t been raining for a while but the water level was still well above my knees. 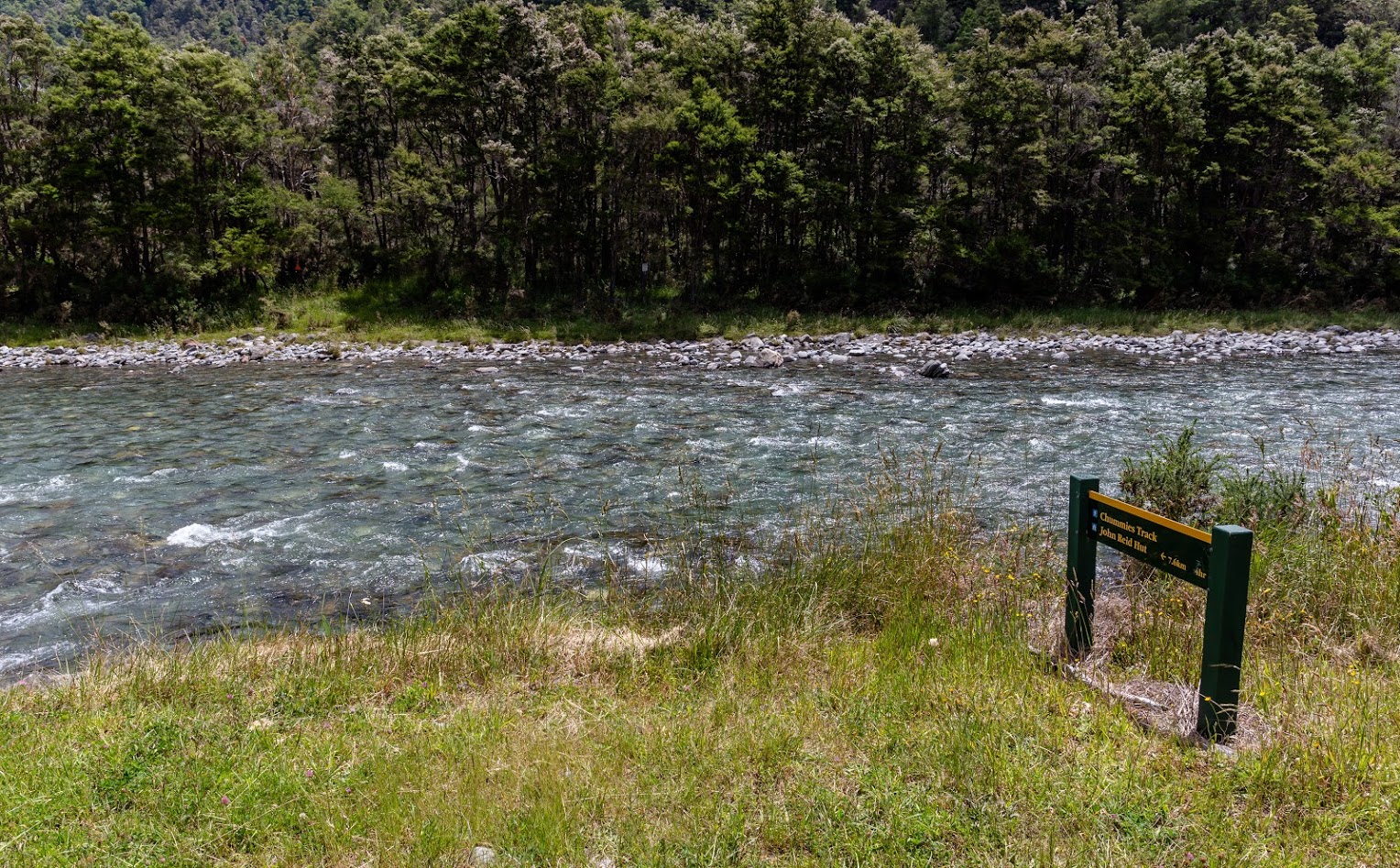 After we crossed the river, the track was pretty straightforward. It zig-zagged through dense bush with nearly no views. When we hit the ridge, the track suddenly opened up and became more merciful (read “less steep”).

At pt1292, we got the views deeper into the park towards Mt Gomorrah. From there, the path traverses slopes of the main ridge Wharepapa / Arthur Range all the way to John Reid Hut. 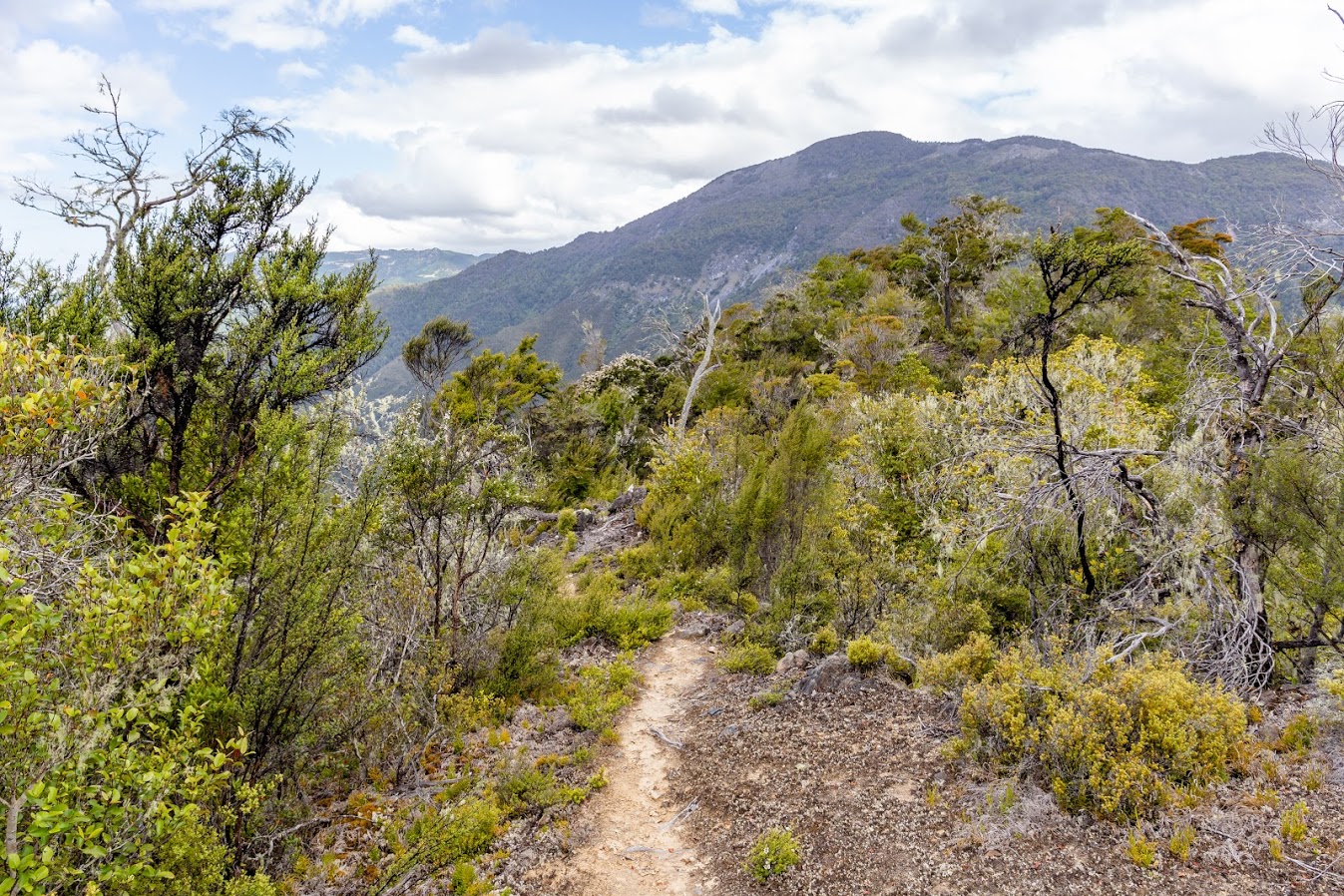 John Reid Hut is a real beauty. I was really impressed by its location and by the views around it. It was very tidy and we had it all for ourselves. According to a hut book, there hadn’t been anyone for a few days. In the winter, it barely gets any visits. Later in a day, a couple of trampers arrived but opted for pitching their tent outside the hut rather than sharing it with us. 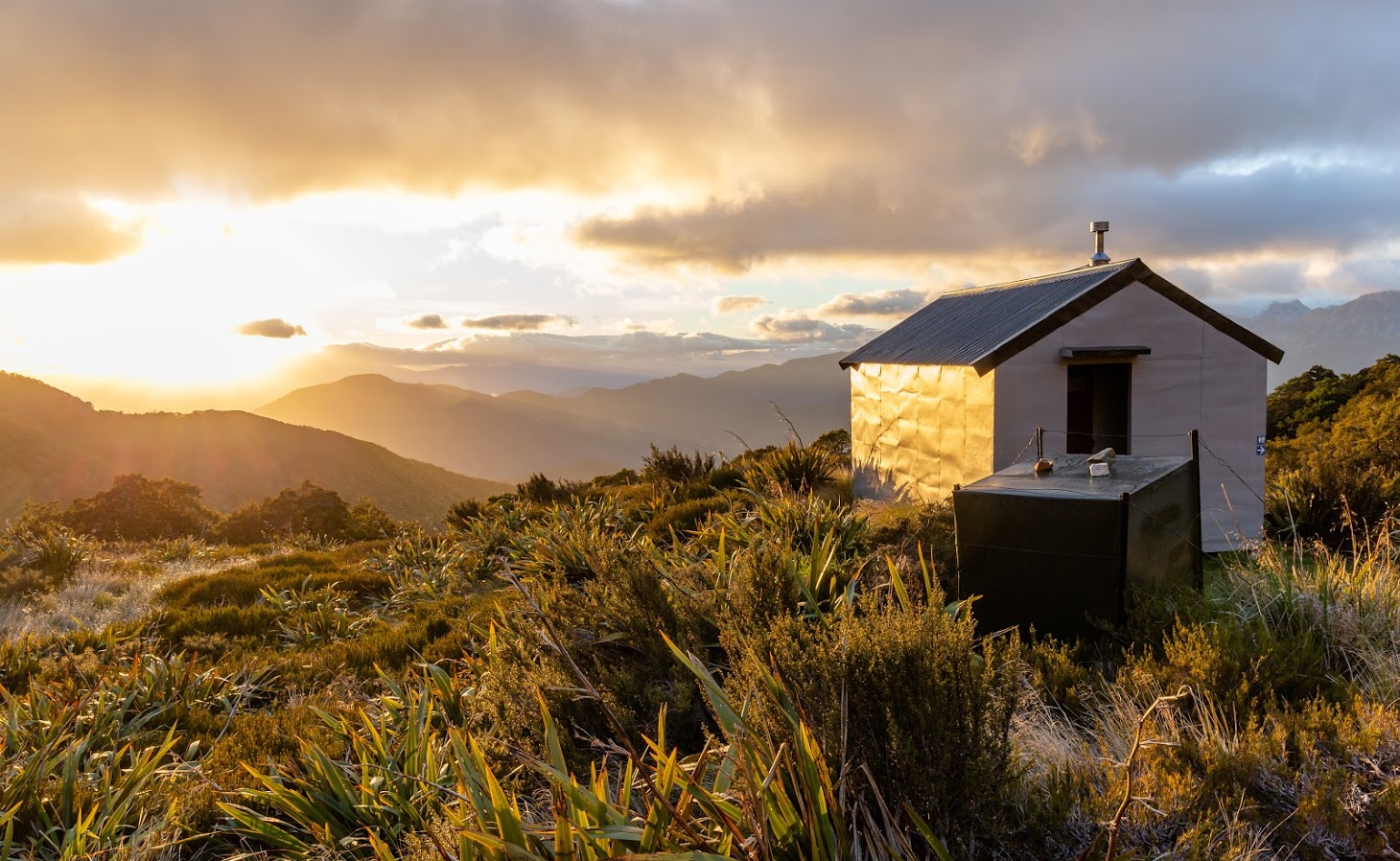 John Reid Hut during the sunset

The night was completely amazing, full of stars and interesting sounds coming out of the nearby bush. The following morning, we wanted to continue to Kiwi Hut. We managed to go about a kilometer along the main ridge but unfortunately the strong wind together with really poor visibility forced us to turn around. It’s pretty steep up there and tricky to navigate if you can’t see more than five meters ahead. 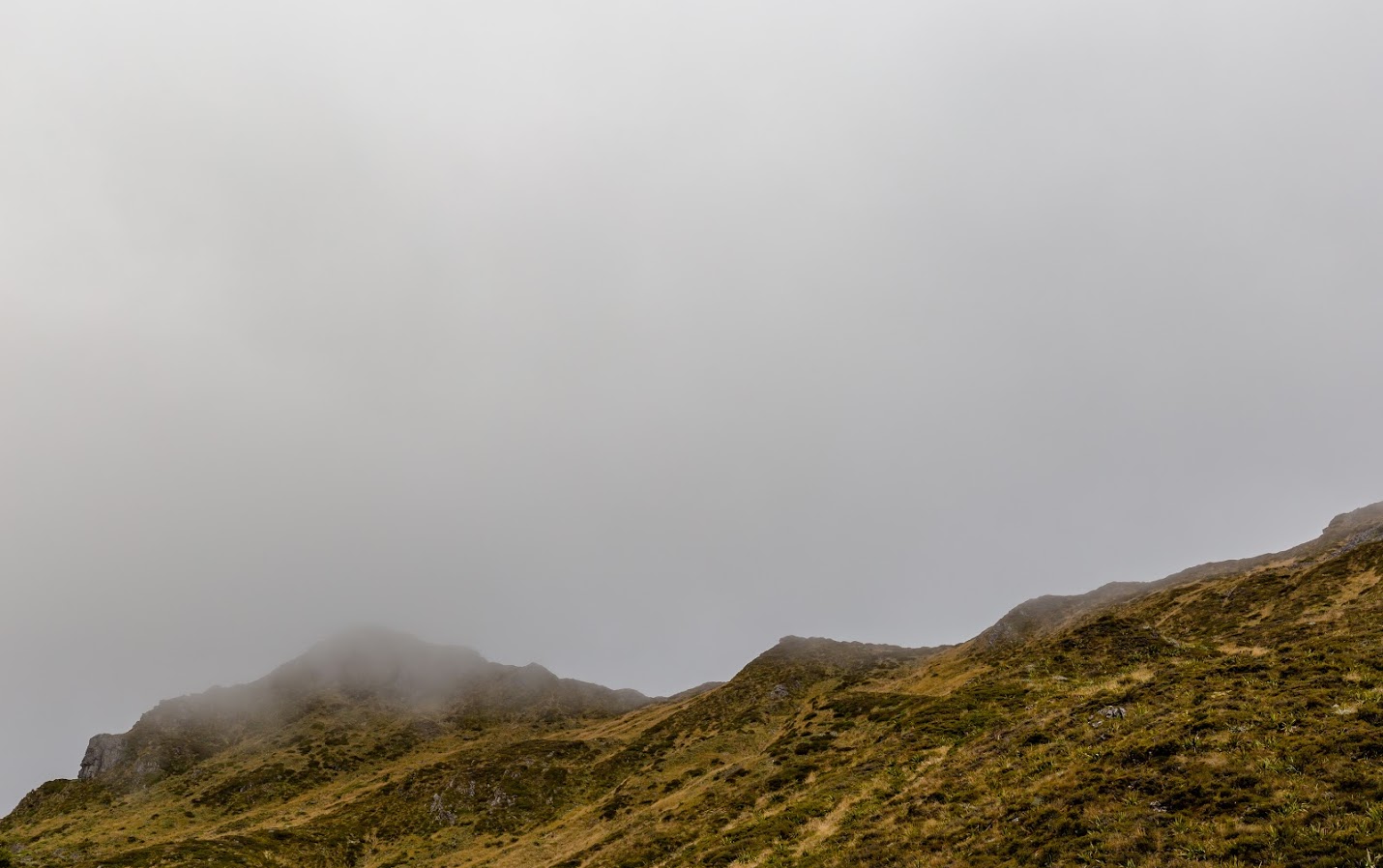 We went back to the hut, had tea and decided to descend back where we came from. It’s always better to be safe than sorry, right? On the way down, Chummies Track turned out to be a solid knees crusher. We finished by Siberia campsite where we spent a night and set up for our next adventure: Trevor Carter Hut! 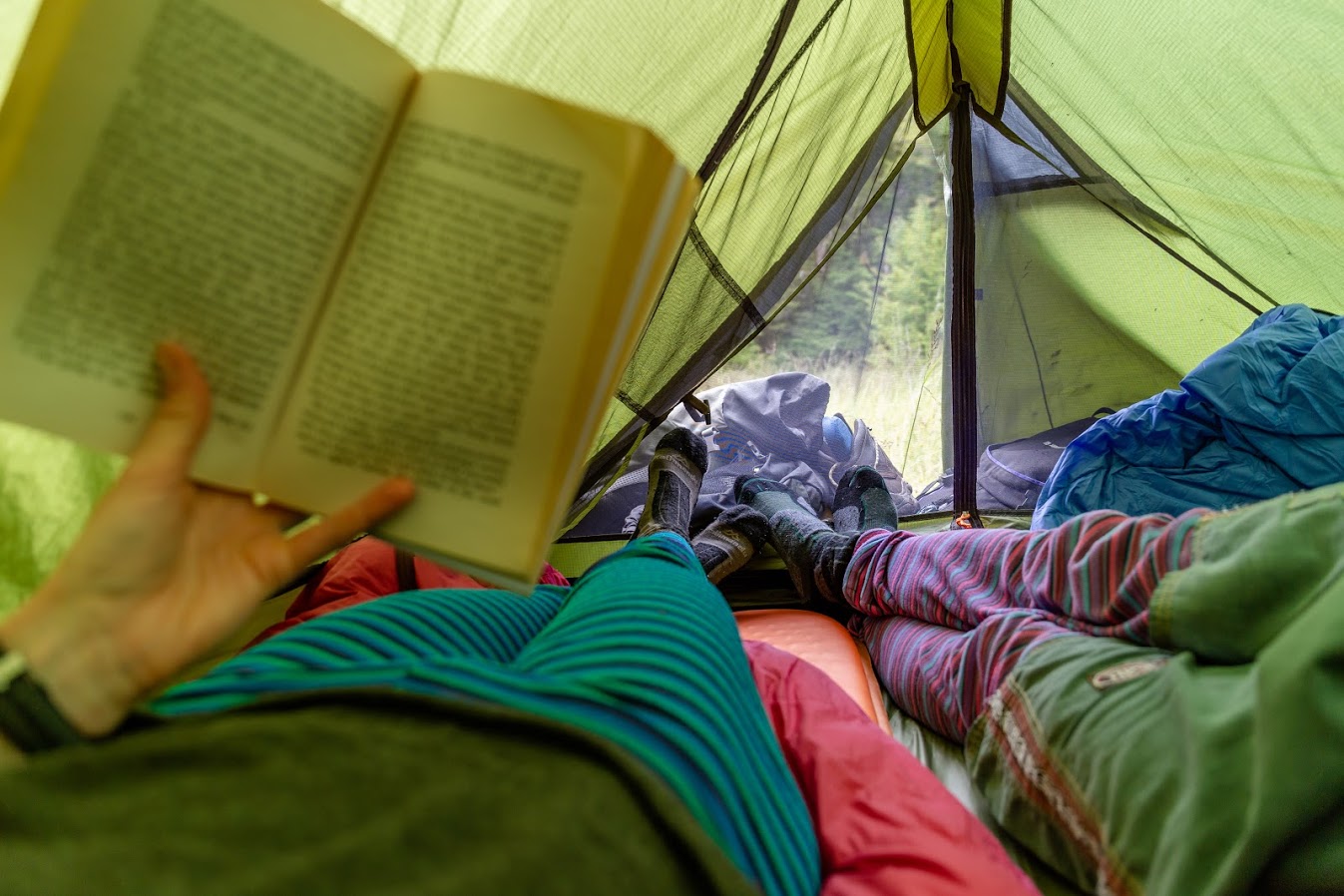 Chilling down the mountain