When you say “Slovenian mountains”, I reckon that most people imagine the breathtaking scenery of the Julian Alps. White peaks with green valleys, sprinkled with colorful dots of alpine flowers and lakes with water clearer than your bathtub. But there are also other (and so many, oh my god, so many!) mountains in this small and unbelievably diverse country. 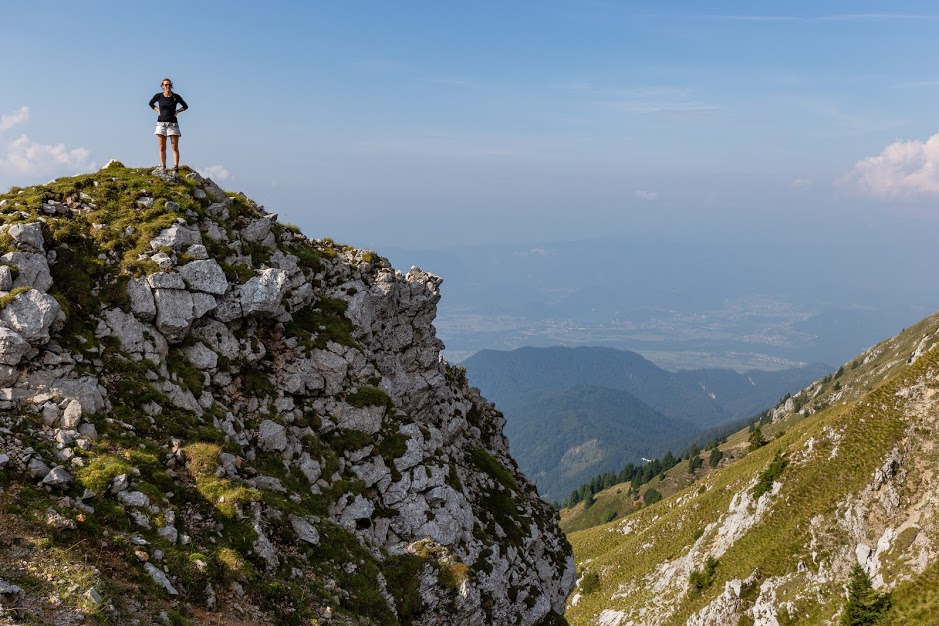 We decided to check out the Karawankas, an extensive mountain range on the border of Austria. We spent a few days there and I can clearly say that this is a hidden gem where I’ll happily come back, rather than to the overcrowded Julian Alps where huts need to be booked months in advance. 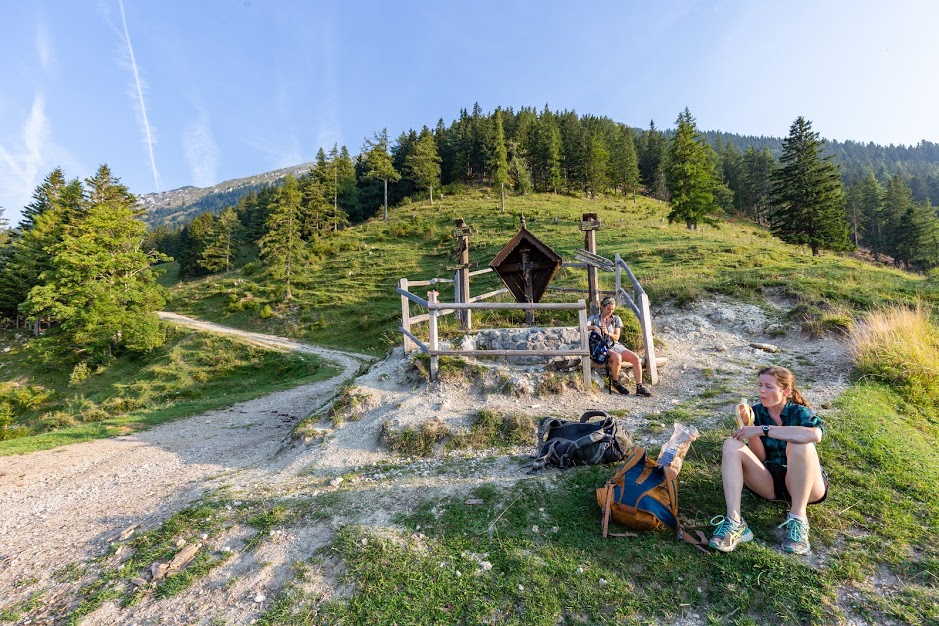 The hike to Velki Vrh starts at the end of the road Begunje na Gorenjskem, just a few hundred meters after the hotel Gostišče Draga. At first, the path gently climbs through the forest. Later on it gets steeper which speeds up your climbing to higher altitudes as well as your heartbeat. The forest ends suddenly on a saddle by Koča na Prevalu, a hut which serves food if you’re interested. Apart from that we found an excessively aggressive cow which wanted to eat my camera but fortunately she chose Anna’s glasses instead. To Anna’s relief, the cow was polite enough to spit the glasses back out before chewing on them. 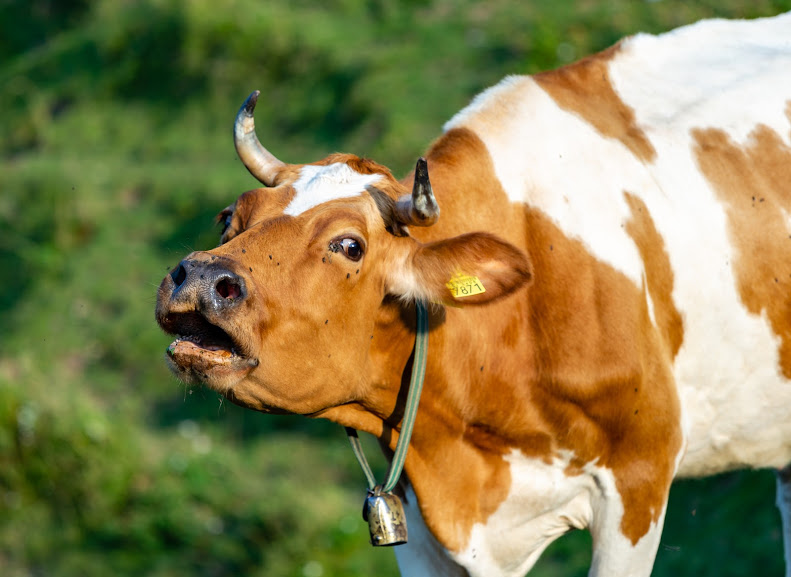 From Koča na Prevalu, the path reenters the forest. This time it’s steep steep. As the forest gently turns into shrub, there are a few scrambling sections. Nothing to be worried about though. When we reached the first tops, we ate lunch, took some selfies for our mums (which we seem to do more and more often as our mums are further and further away), and continued along the ridge. 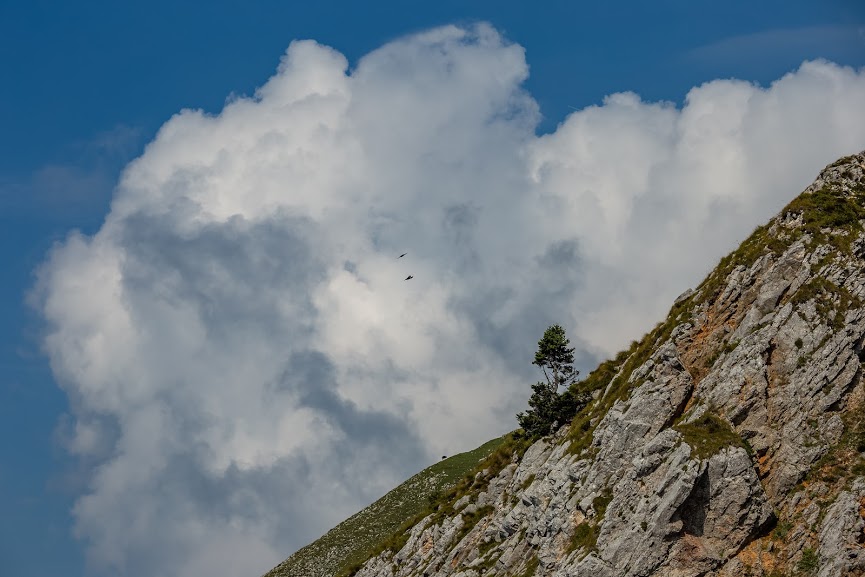 At the ridges we got to see two amazing things: mountains on the Austrian side and sheep with long tales. Most of sheep we’ve seen in the last few years have been in New Zealand and they don’t have tales there! On the top Velki Vrh (2060m) we ate again (we love eating when we hike!) and began our descent to Roblekov dom, a regular mountain hut with food and accommodation. If you’re ever in the area, I can only recommend staying there. The hut looked nice, the location was great and price reasonable (16€ a night). 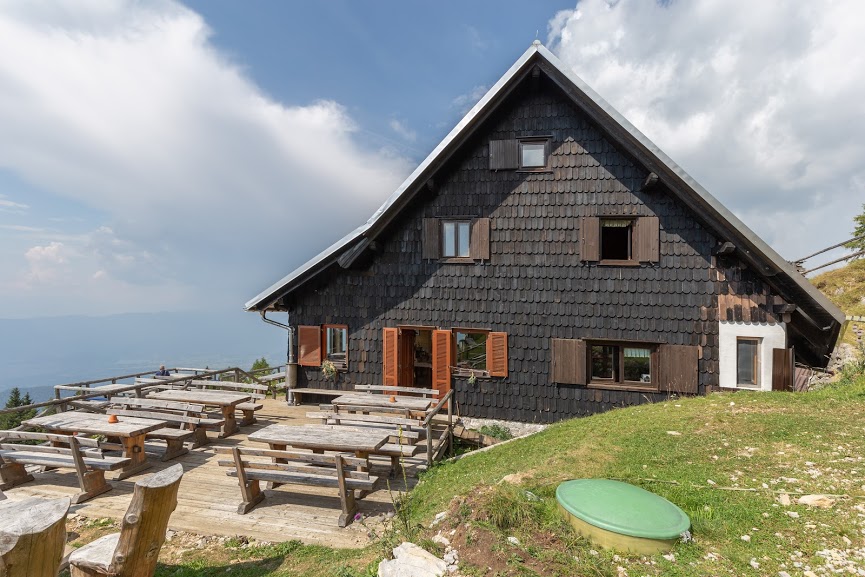 We didn’t stay there though and rather continued down. The descent from the hut is not as exciting. First, it goes through the forest and later on it joins a mountain road which we followed all the way back. 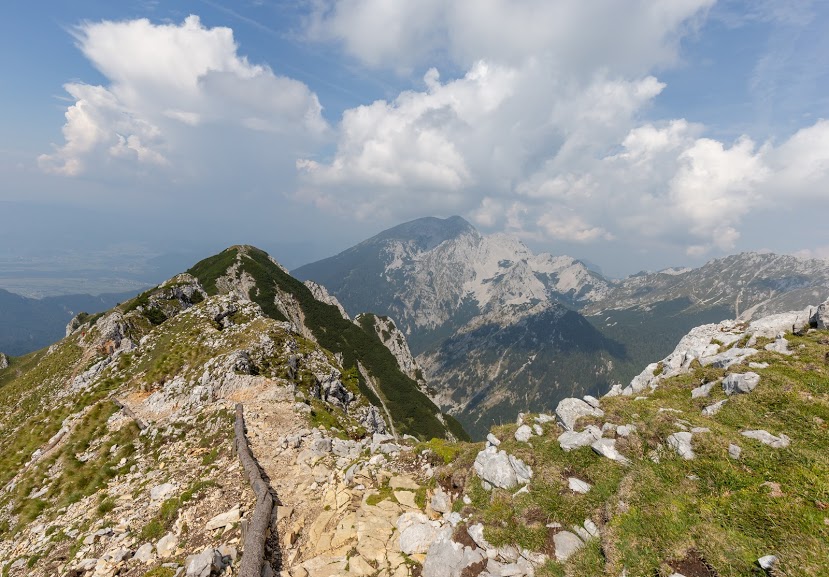 The whole hike is very well marked, but suitable for fit hikers only. It’s definitely a great area for all levels of fitness though, just choose which one adapts to your condition and for an extra boost, consider this natural steroids.

Be the first to comment on "Hiking to Velki Vrh in the Karawankas, Slovenia"