The Southern Uplands of Scotland is a mountain range that can be found in the south of the country near the English boarder. It often lies in the shadow of the Scottish Highlands that are higher and more magnificent. But the Southern Uplands are good for those who’re seeking a bit of a refuge from the touristic places of the Highlands, or for those who’re looking for their “private” piece of paradise to hike (there’s a good chance you won’t meet a living soul during your hike).

We started our exploration of the Southern Uplands by Loch Riecawr. It’s a beautiful lake that reminded me of the lowland Scandinavian lakes, surrounded by deep forest. The main difference was that the local forest was being cut down by loggers. Land often looks so sad when there is nothing but stumps. I wish I could change it. I wish I could help the trees or at least to tell them that I’m sorry for what happened to them. Anna said it reminded her of a factory farm but for trees. 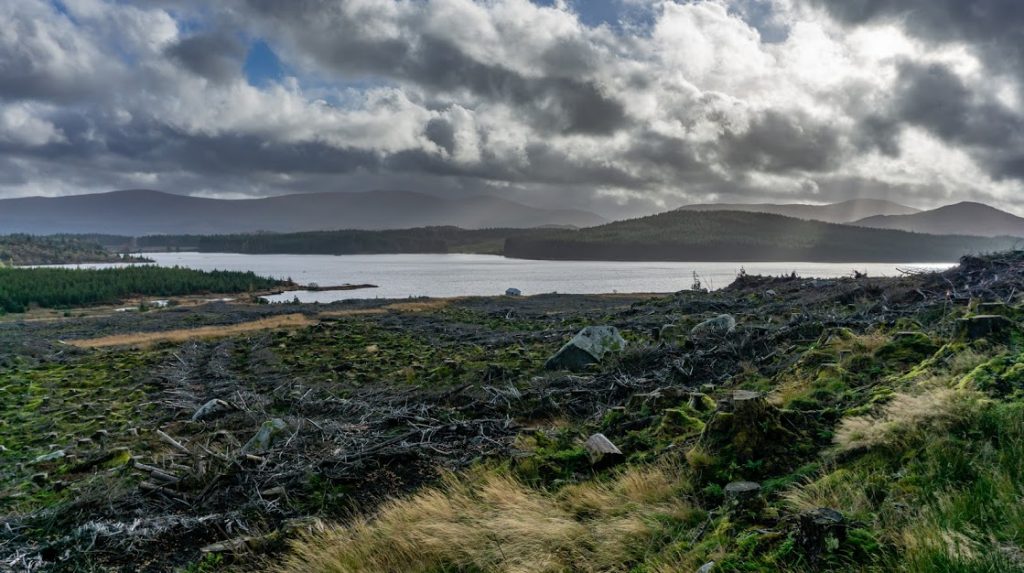 Our first stop on the way was Bothy Tunskeen. The bothy has a great location – close to a forest where you can find firewood but still enough space around to give great views over the glen. If you don’t see much, just climb up the small hill behind the bothy. 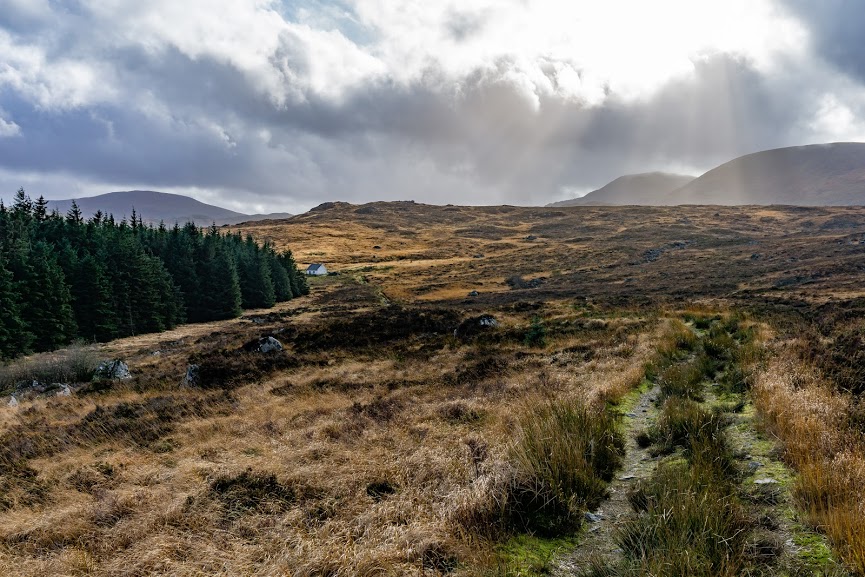 Anna was more into reading and writing that day so I left her behind and started to walk towards Merrick, the highest point of the range. It was unmarked and there were no trails. It’s a completely doable hike but swampy, oh how swampy it was!

After an hour and having only managed about 2 km, I realized I wouldn’t reach Merrick before it got dark, so I lowered my goals and focused on Kirriereoch Hill instead. But about 2 hours later, I was happy to have even reached Kirriereoch. The bogginess level was 100 %. 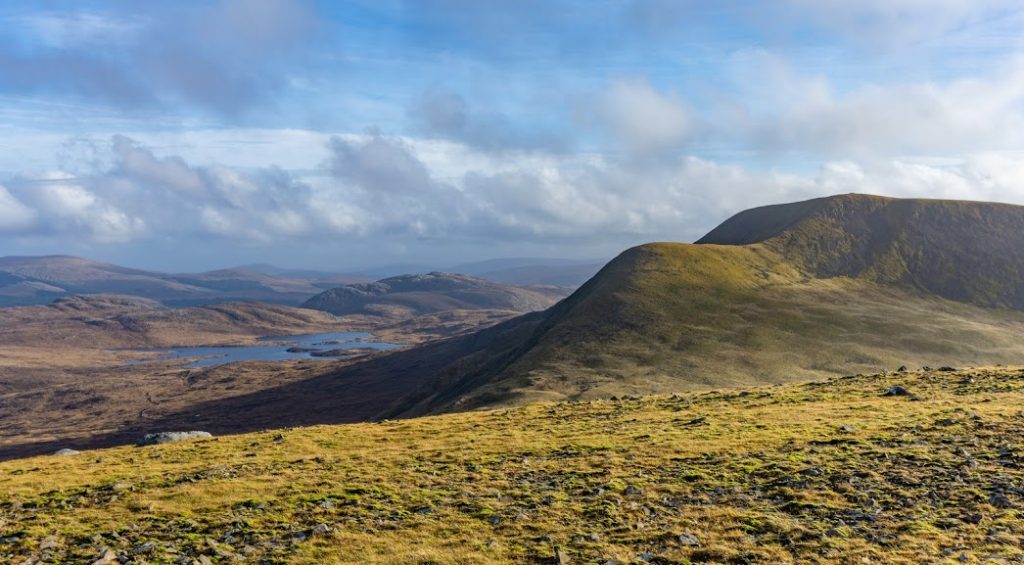 From the peak of Kirriereoch I crossed to the saddle between Merrick and Kirriereoch, sat down and wondered who the heck built such a good stone wall up there. Stone walls can be seen all over the UK and Ireland but they never stop amazing me. I actually did build a stone wall once – about 2 meters high and 3 meters long. It took me about a month. It’s an unbelievable toll and I’m guessing stone builders back then didn’t have vehicles to transfer the stones and tools up here. Man, respect to all of them. 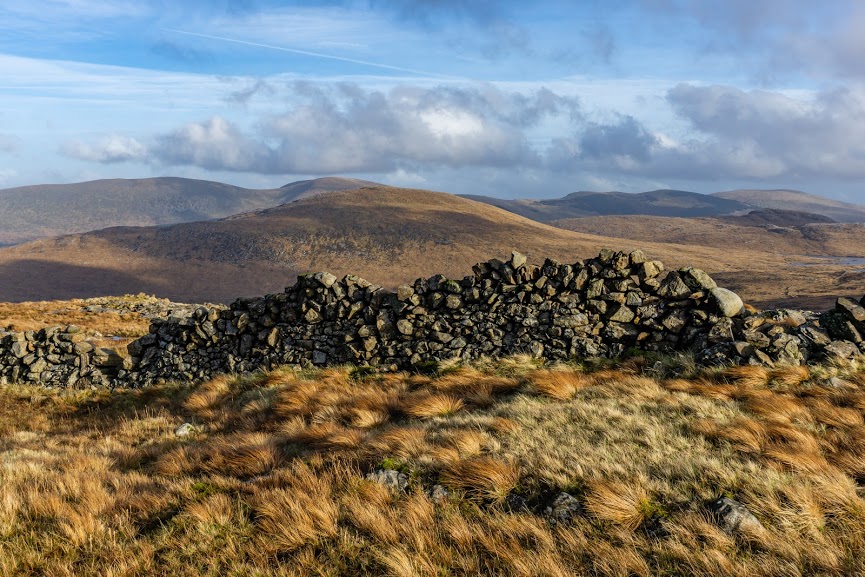 Climbing down was easy until I hit the lowland part again – and sunk into a moorland again. If you are interested in summiting Merrick, it might be wiser to climb Shalloch on Minnoch, the first hill on the Western side of the bothy, and follow the ridge all the way to Kirriereoch Hill / Merrick. I can’t say for sure, but if you’ve ever walked through a Scottish bog, you know how much energy they can suck out of you and how much water they leave in your shoes in return. 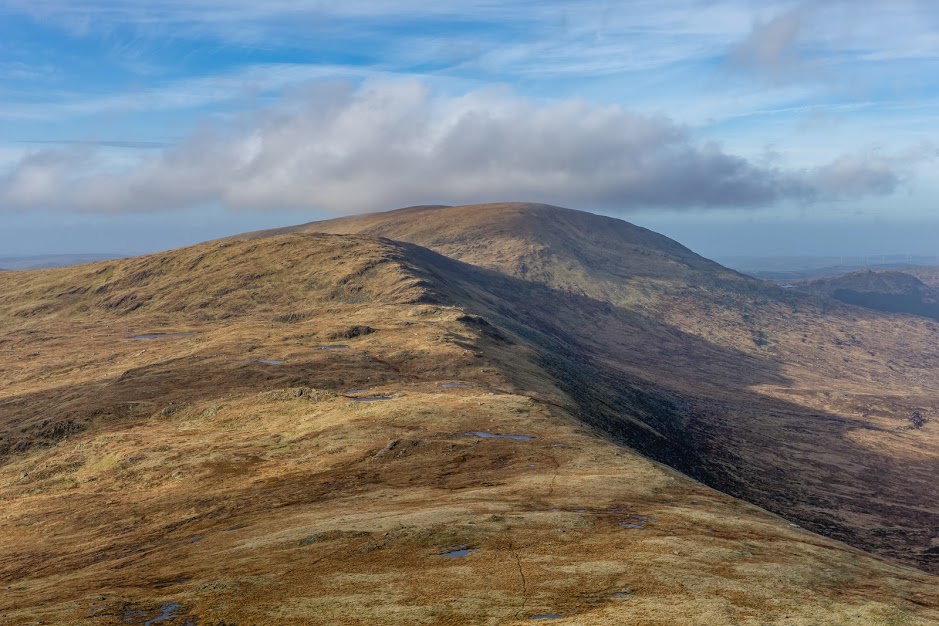 The journey back to the bothy was long and tiring, but really satisfying as there was some red wine, a bag of coal that we brought and a woman waiting for me. The best things on the planet to stay warm in the Scottish wilderness. 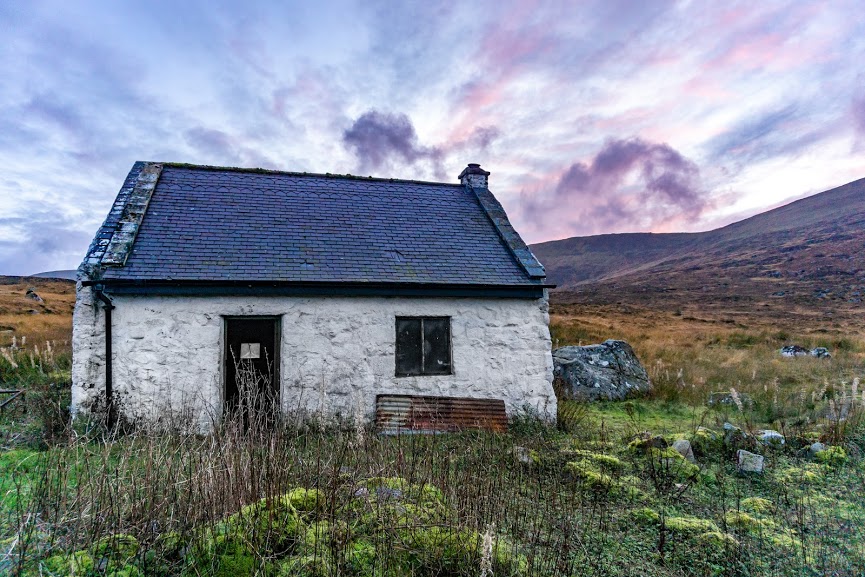 Autumn crossing of the main ridge of Jeseníky

2 Comments on "Hiking in the Southern Uplands of Scotland"