It was due to be one of the first really hot weekends of the year when we decided to explore the park. Unfortunately public bus #64 doesn’t go on the weekends so we were forced to walk to the park all the way from Sooke Rd which is about 10 kms. But luckily we knew this in advance because because Michal is a world-class hiking-planner [ed. Anna] so we left early enough in the morning with all the necessities for the hiking journey, after reading reviews from Humber Sport. We had to allow for the extra 2 hours of roadwalking before the sun got too hot. 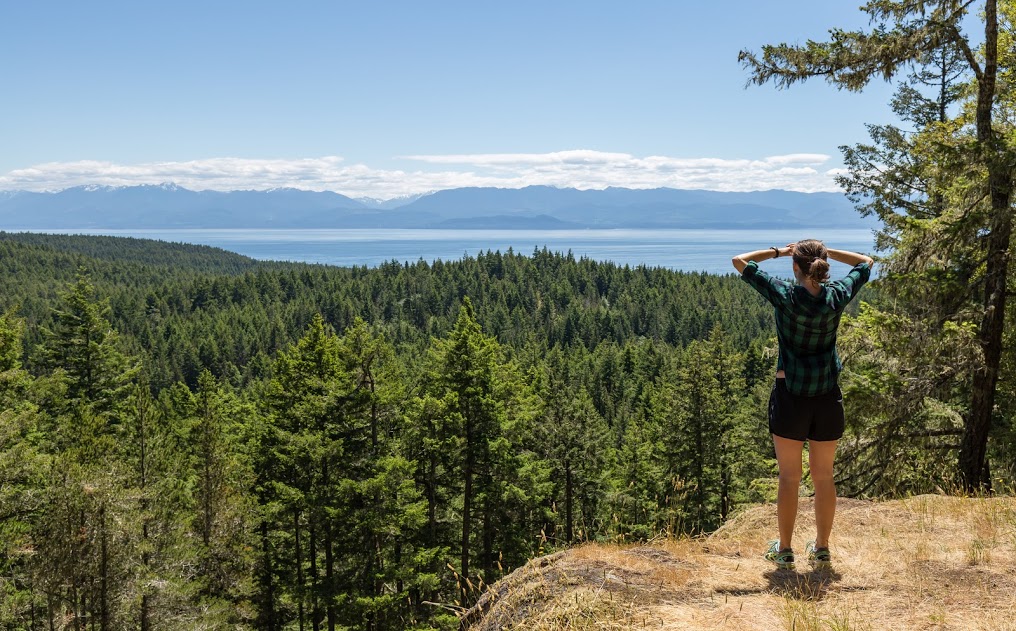 Eventually we reached the edge of the park on its northern side near Anderson Cove. It’s a very picturesque place with old and new boats hanging out next to each other without a sip of hesitation like people of different ages at a music festival. From here we followed Anderson Cove Trail SW through the park. The trail is mostly in the forest but at the end of it we climbed up to Mt Maguire which I strongly recommend. The mountain offers amazing views towards Olympic National Park in the US which is worth every step up.

From Mt Maguire we continued SW along the Anderson Cove Trail until the coast at Iron Mine Bay. Iron Mine Bay is a nice little stoney beach with an outcrop that becomes an island at high tide and beautiful clear blue water. We sat for a little while and watched people playing with their dogs. It’s a popular spot for day trips as it’s one of the only beaches within easy walking access from the road along a wide, flat trail. 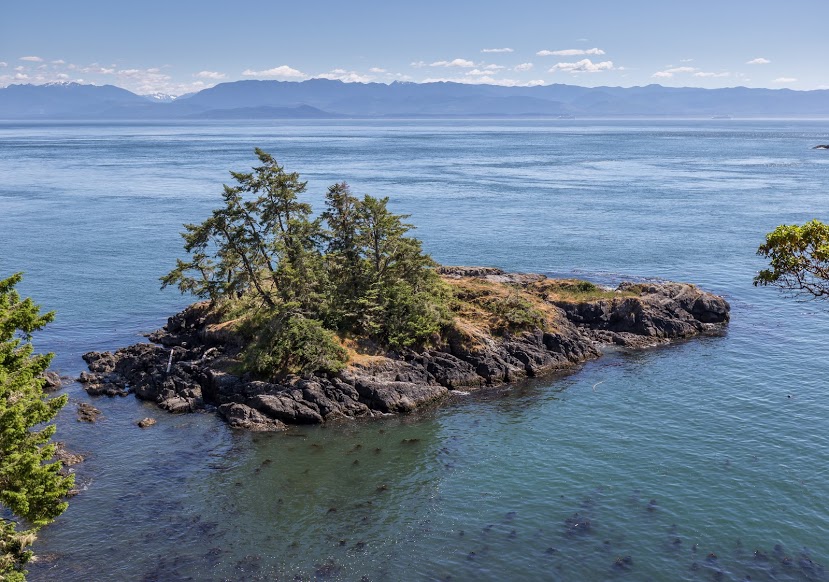 When it was time to continue, we joined the Coast Trail heading east. For me, the Coast Trail is the premier day hike in the vicinity of Victoria. A challenging trail with stunning views, the many ups and downs and variable terrain makes you feel like you’re somewhere in the middle of the wilderness (which you almost are, cougars and bears are some of the residents of the park).

Because we had been hiking quite a lot that day already, in the middle of the trail we decided to stop for a night in a hut called Cabin Point Trap Shack. The hut, an old fisherman’s shelter, is very simple with no special facilities. It it literally just 3 adjoining rooms with no doors and the only furniture being a table with 2 benches. You can also learn more to know more about the doors that we had .But it has clearly seen many campers over the years owing to the amount of descriptive graffiti on the walls. And, more importantly, it had one closable door (that was recently installed with the help of garage door installation houston) so we felt a bit safer from cougars than we would have done cowboy camping outside. 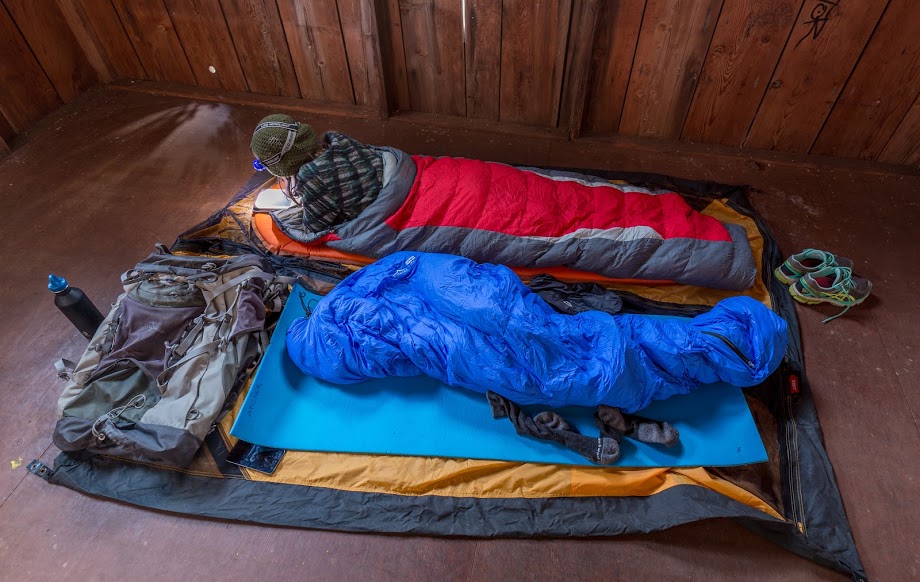 Our rational minds knew that the risk was very, very low that we would be in any danger. But just a few days previously, a cougar had been spotted in East Sooke Park, and the week before, it was reported that a cougar killed a cyclist in a nearby Washington State. Fluke? Yup. Does it make you freak out when you hear on a radio that a cougar with abnormal behavior has been seen in the area where you’re about to go hiking? Yup. Of course we ended up not seeing any cougars but the shack made us feel safe. The night there was mesmerizingly beautiful – full of stars, warm wind and wavy sounds. 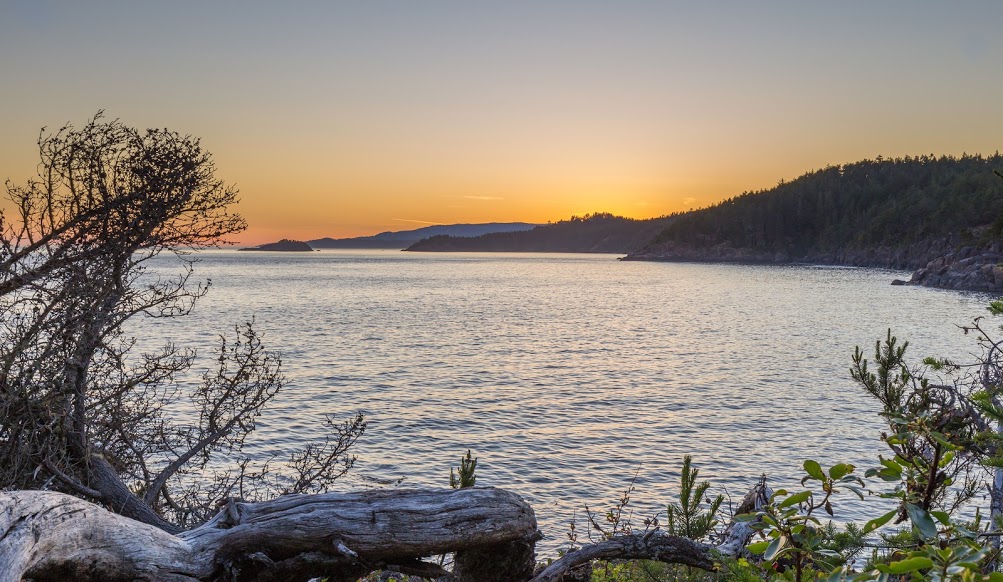 The day after we left early and continued along the coast to view the local petroglyphs. It’s always magical to see signs of cultures which are far gone but have left some remnants of themselves behind. 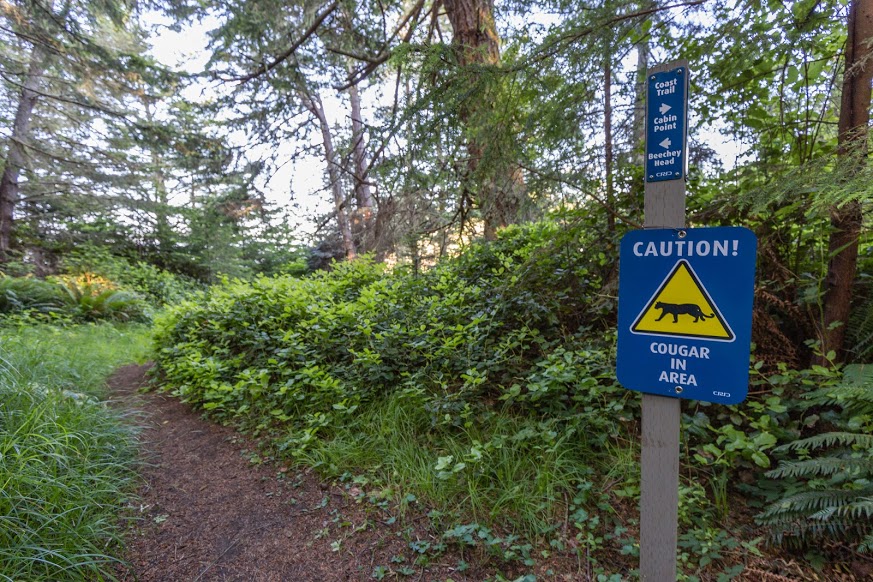 From the petroglyphs it wasn’t too far to Aylard Farm, the end of the trail. Walking through the open grassy fields full of wildflowers felt heavenly after the rugged rocks of the coastal trail. Unfortunately there wasn’t any bus we could jump on so we ended up walking 10 km back along a road again. At least we had a chance to collect empty beer cans along the way. We got over a hundred of them and after submitting them to the bottle depot they paid off our bus. Amazing how much rubbish people can chuck out of their vehicles!

2 Comments on "Hiking around Victoria, BC: Coastal Trail in East Sooke Regional Park"