Autumn has arrived in Arthur’s Pass. It’s much more gentle than the European autumn. There are no yellow or red coloured leaves falling towards the ground, everything stays green. Yet you do get autumny vibes from nature – the light becomes much more gentle than in the summer, the mornings are chillier and the water is very fresh once again. 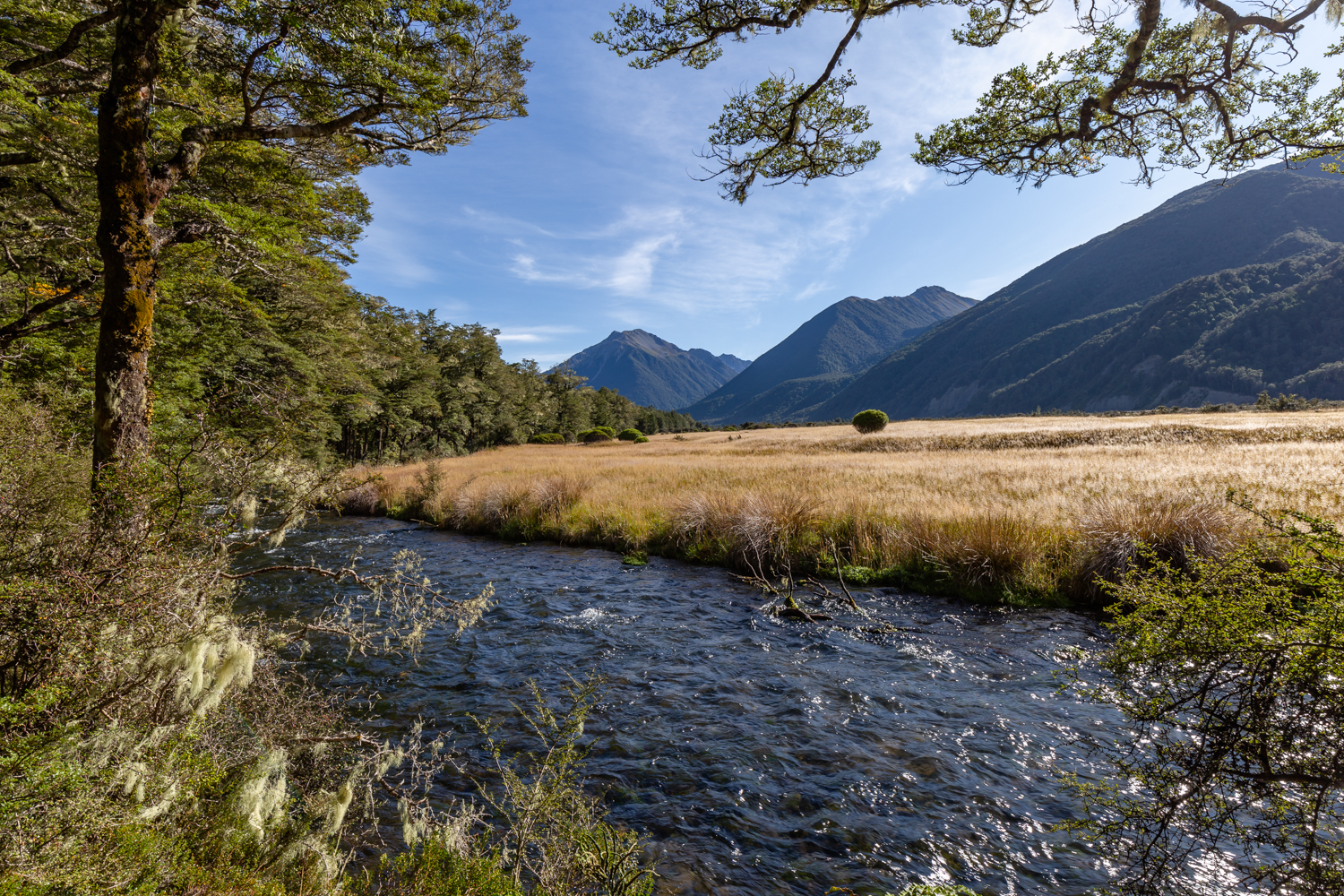 In Arthur’s Pass, there’s a track that I’d wanted to do for ages: Hawdon – Edwards Route that connects popular Hawdon Hut with slightly less popular Edwards Hut. I started off by Hawdon Shelter where I was dropped off by Anna and her Mum, Gill. They continued further along the highway and the deal was that we’d meet at Edwards Hut. They were doing an in and out trip along the Edwards Track, and I was doing a full U-shaped track. 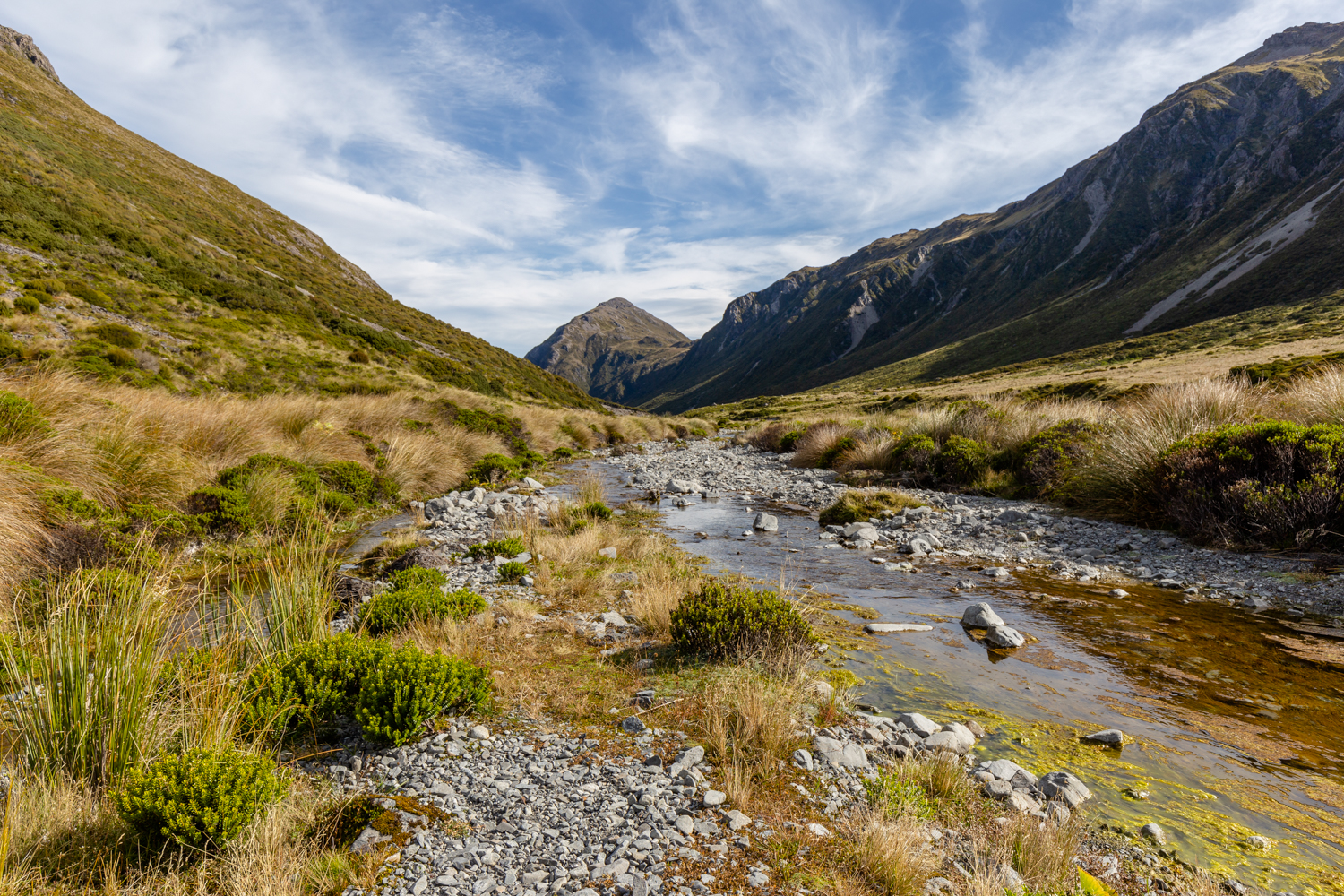 Getting to Hawdon Hut was the easiest part of the trail. It took me about 2 hours. There were multiple compulsory river crossings but the route was relatively flat and easy to follow. 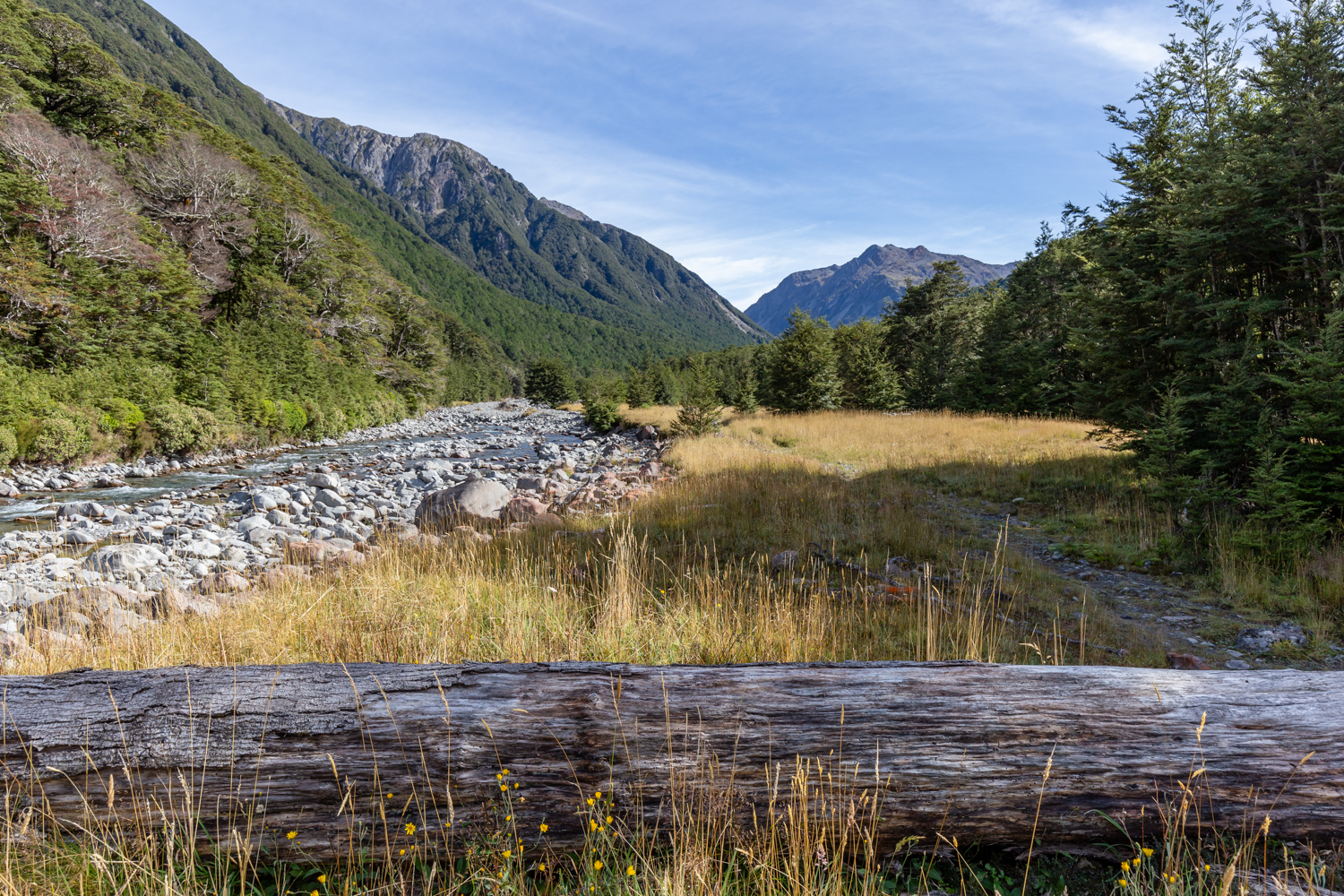 Right behind the hut, there was a steep section that climbed up to the 1000m contour. The rest of the route to Walker Pass was a bit wet and overgrown, but relatively easy to follow. Between Walkers Pass and the left turn from Otehake River there was quite a tricky section. The track is marked with just occasional rock cairns and there is a lot of boulder hopping involved. Once I hit the turnoff to Tarn Col on the river’s TL, the track up to Tarn Col was also a quite exhausting experience. It was about 400m ascent on steep rocky terrain on the unclear path. There is a lot of rolling scree and endless stream crossings. When I finally got to Tarn Col, it was immediately clear that it was worth it: the views across Taruahuna Pass were truly amazing. 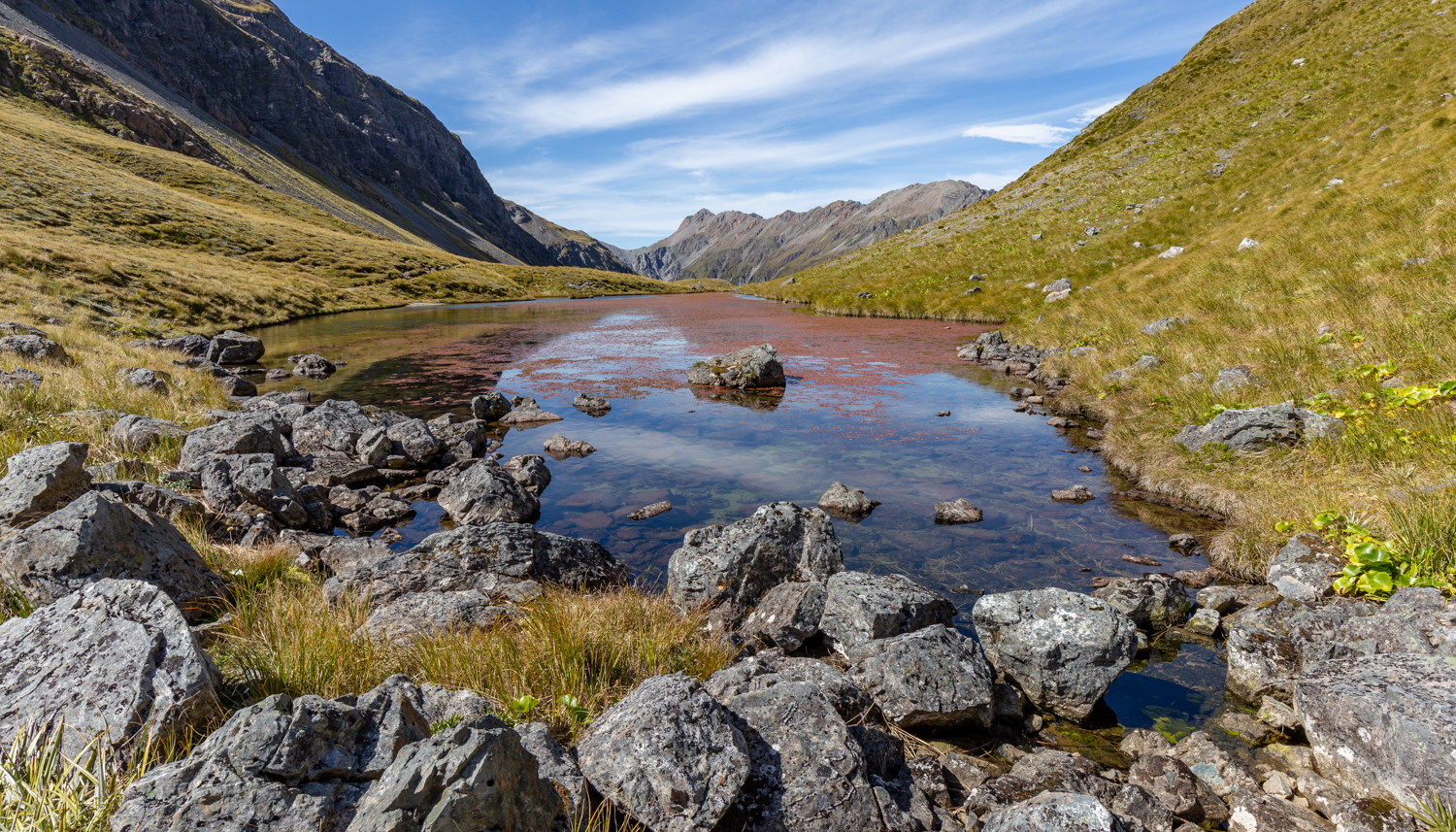 It’s a really magical place and I’ll definitely come back here to explore the pass a bit more.

Travelling down from Tarn Col to Taruahuna Pass was the trickiest part of the route. The path is extremely steep here and I actually decided to take the debris on the left where I successfully managed to scree run. However, the scree is really steep and at the top, there are plenty of huge rocks that are waiting for an opportunity to roll down. If you decide to go this way, make sure that you don’t join them. Perhaps a safer yet still very steep way down would be to follow the marked poles straight down. Scree going down from Tarn Col

Going across Taruahuna Pass was slow as there were a lot of sharp boulders everywhere. Once I reached the tussock line, it was much easier to tramp. The trail was occasionally marked with orange poles but the path was quite well trod. 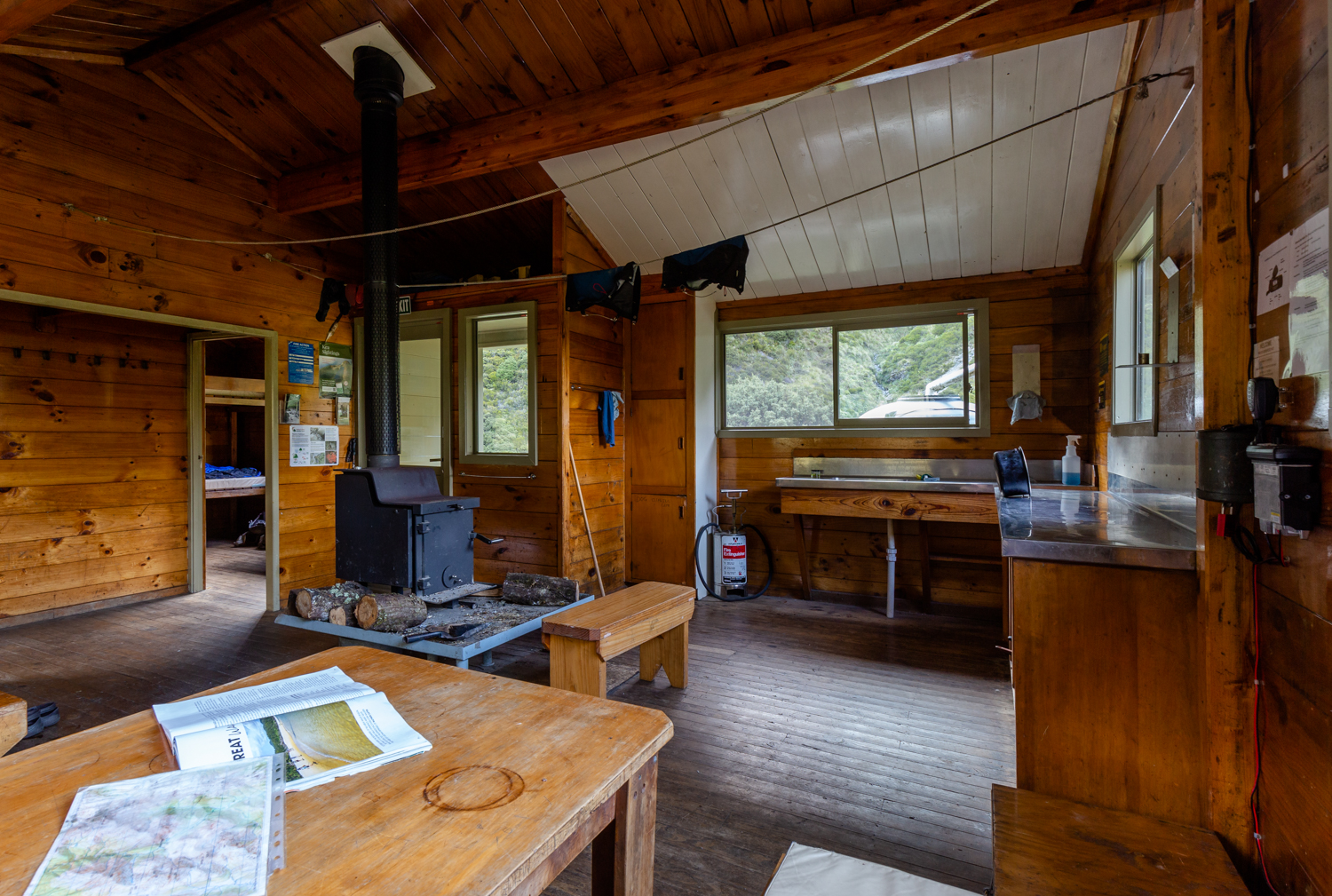 At Edwards Hut, I met up with Anna and Gill which was great. They said they’d only arrived about 20 minutes before! It took me 7.5 hours to tramp from Hawdon Shelter to Edwards Hut but I have to say that I’m a fast tramper. At Edwards Hut, we made some food, took some pictures and went to bed to have a read. During the night, we were woken up by kiwi calls and later on by an earthquake. The following morning, we set off on the journey back to our car at Greyneys Shelter. The track had some ups and downs and some parts were technically quite challenging. The only compulsory river crossing was only at the end of the trail by SH73. We crossed numerous side streams the flow was low enough to rock hop across all of them. 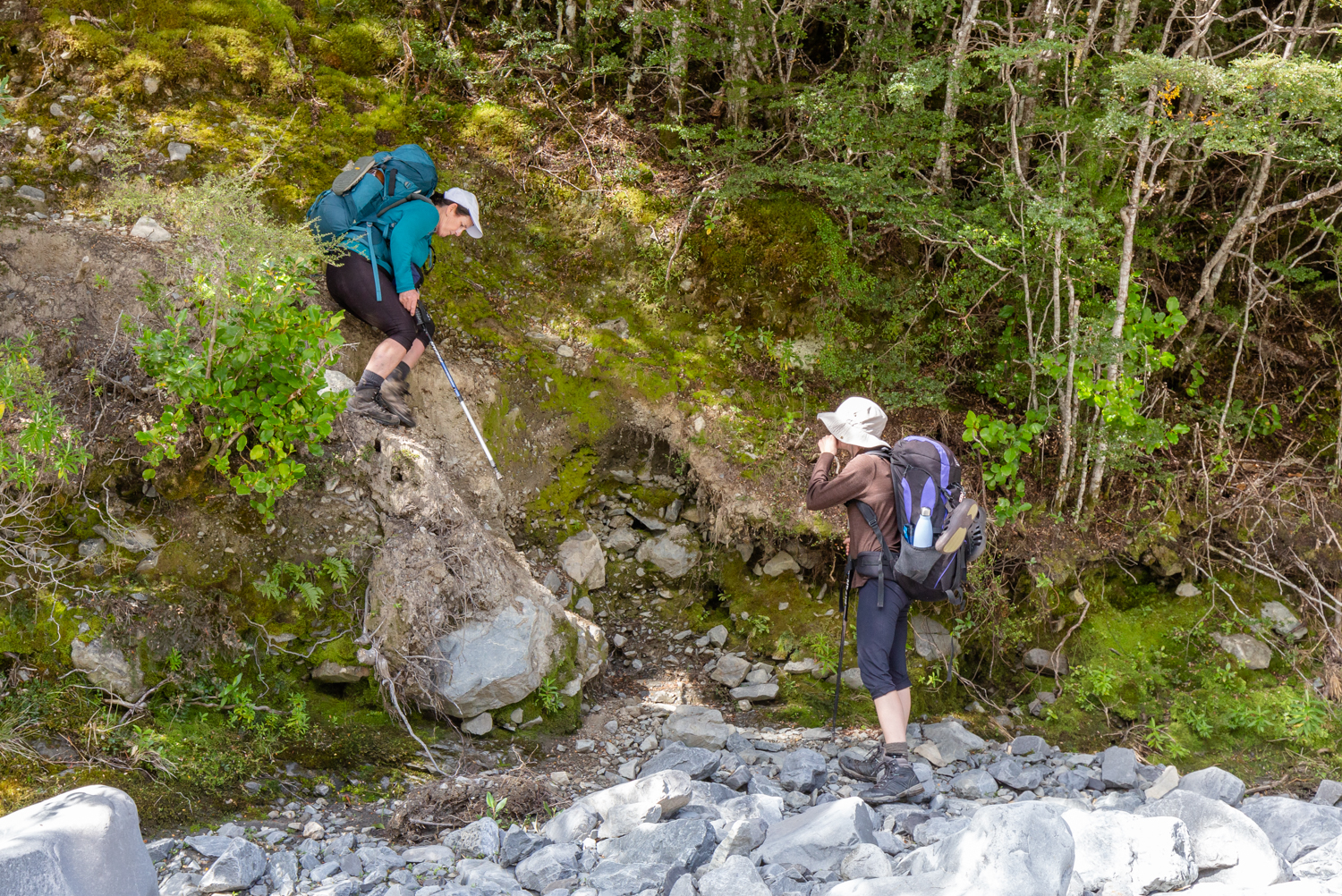 It was an excellent trip. For next time, a great option would be to camp by Tarn Col as there is plenty of flat space to put your tent on plus freshwater as a bonus. Nearly back by the highway