To El Palmar it’s quite a comfortable walk, similar to what you’re used to from the previous parts. From there to Encherada it’s a mountain road. I’d even call it a pipe road since you follow a water pipe which is crawling on the side of the road. Sometimes you even feel like the pipe is following you. The pipe changes a colour sometimes but it’s more or less there all the time, making strange noises. 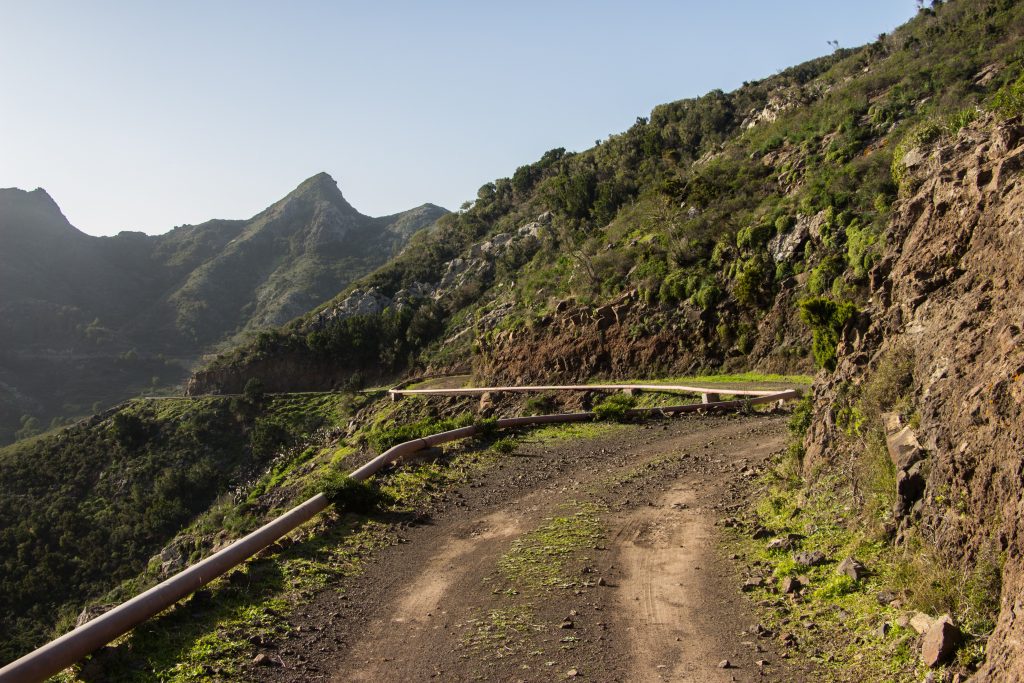 Mountain road with the Pipe

The local valleys are green like fresh avocados with the sounds of palm leaves spreading over them. From time to time you can spot a yacht sailing around the coast or a sheep hanging out on unmaintained terraces. Shortly after you pass Encherada, the trail goes straight up. It feels unnecessary because San Sebastián is so close and almost under your feet! But yeah, let’s go up once again and see the local beauties for one more time. 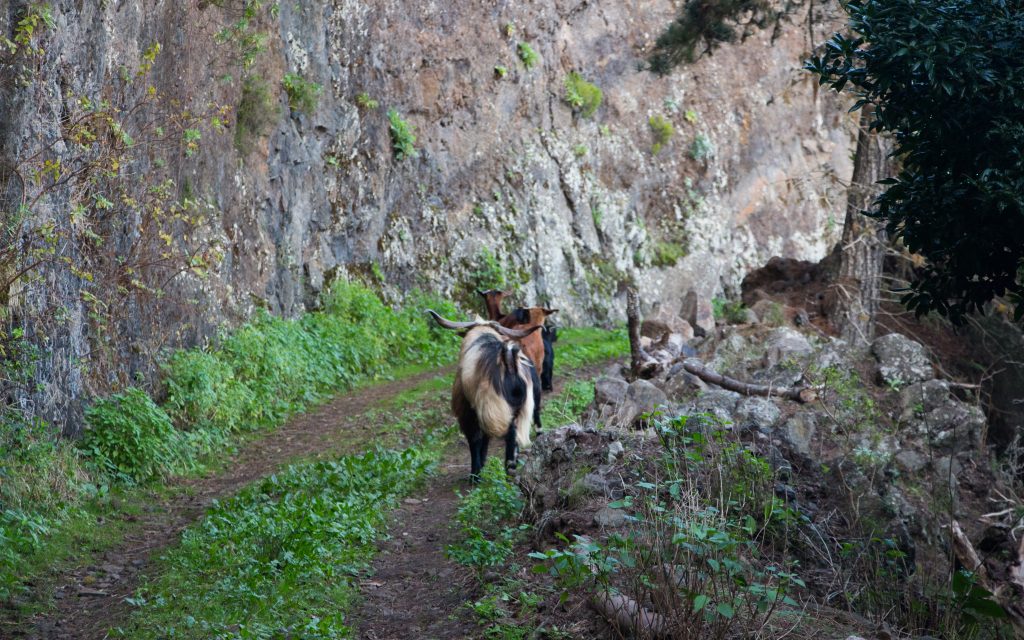 Goats on the track are pretty common

On the way up you can see inhabited caves, herds of goats and goatherds too. How simple life they have to be living up here! The view was just amazing and I was thankful that I was wearing my total 1 lenses. If you want it or not, San Sebastián grows closer and closer and before you even realize, you’re on the main road heading downtown. 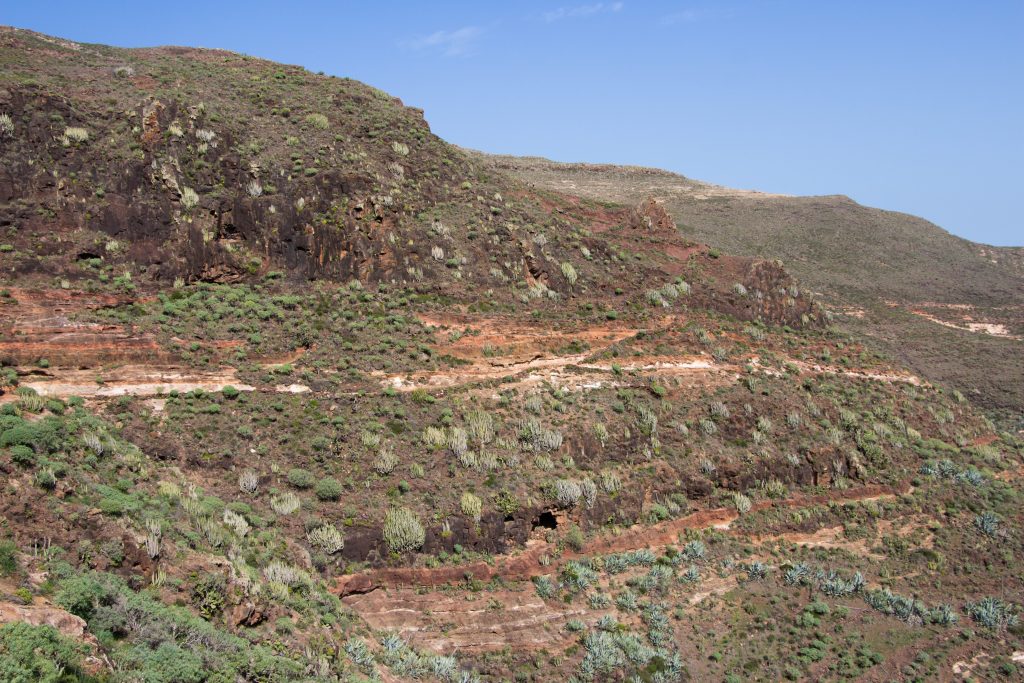 Being back in San Sebastián feels strange, as usual after a long hike. Cars, rushing in ostensibly senseless directions, are driven by guys with fancy sunglasses as pricey as my hiking boots and shops again offer stuff which people don’t need. Tourists are taking selfies in front of each other and looking at you like you’ve just come up from a rubbish bin. Well, you might look like that but still! The track was really magnificent, something like I have never done before. That’s pretty much how I feel every time after a big hike but still… It’s magical! 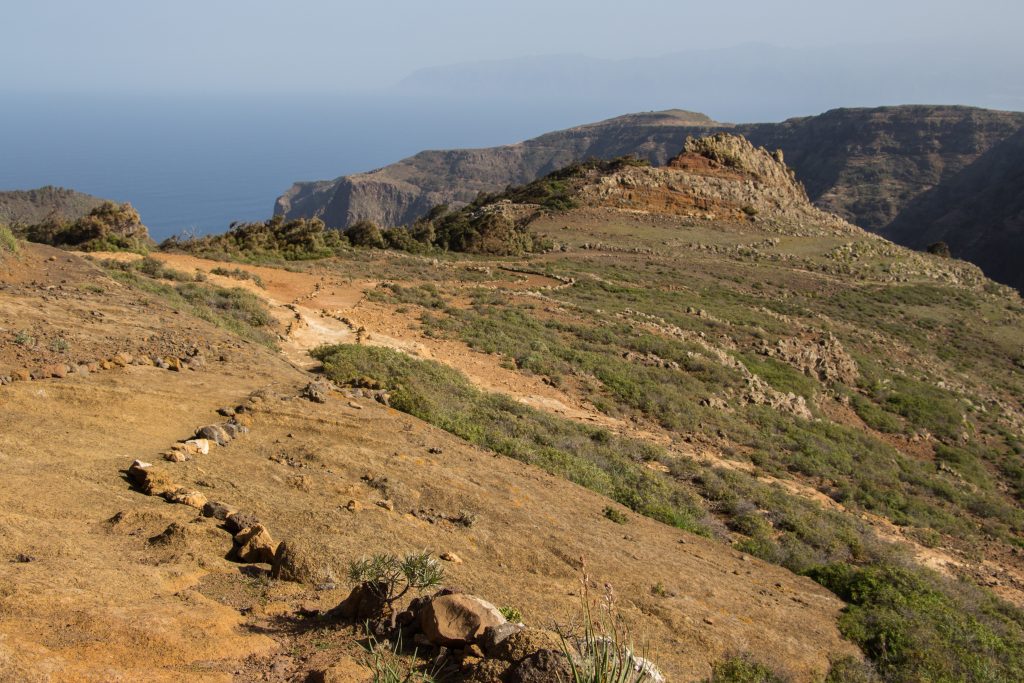 Last part of the track before San Sebastián