Down to Vallehermoso it was another half an hour of easy-going walking. There are heaps of grocery shops but no water fountain. Fortunately there is a very funny guy in a gasoline station who’s happy to help poor thirsty hikers to refill their bottles. From the town the track goes straight up along weirdly shaped rock formations. The weirdest one is definitely Roque Cano which sticks up its peak at 650m. 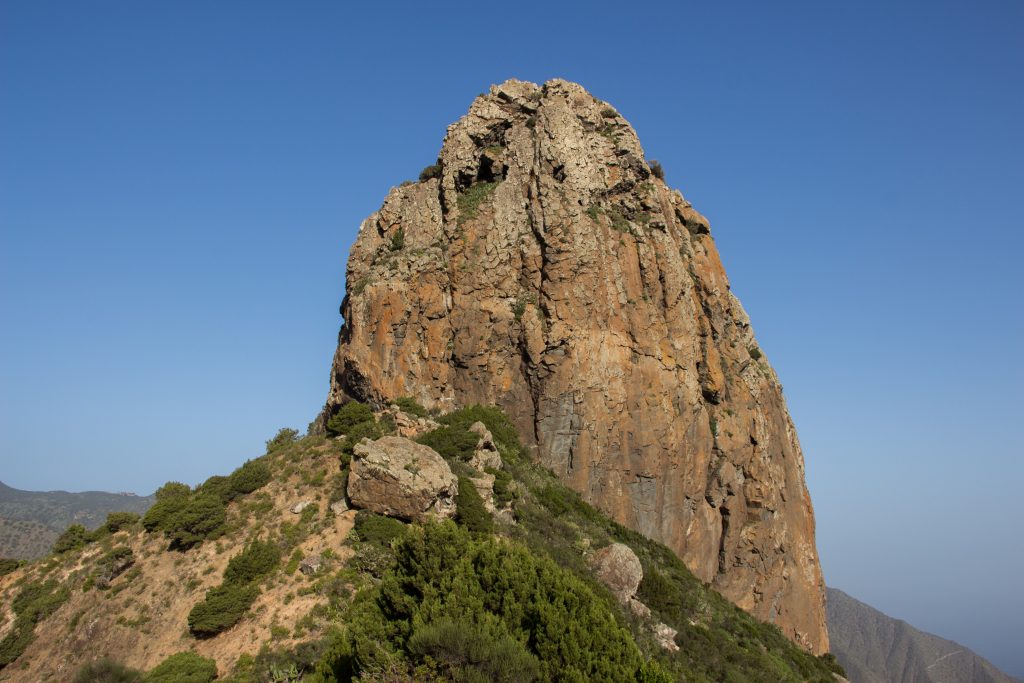 I didn’t really understand how it was created but I can assure you that a while ago some deadly serious volcanic stuff was happening here. I don’t know why all the information about geological and volcanic stuff is always written in such a way that you stop reading after the first comma. I always imagine two bald geologist with small hammers in their hands whispering to each other in a big laugh: “Let’s put some information signs there and see if anyone will understand them”, and then bursting out laughing. 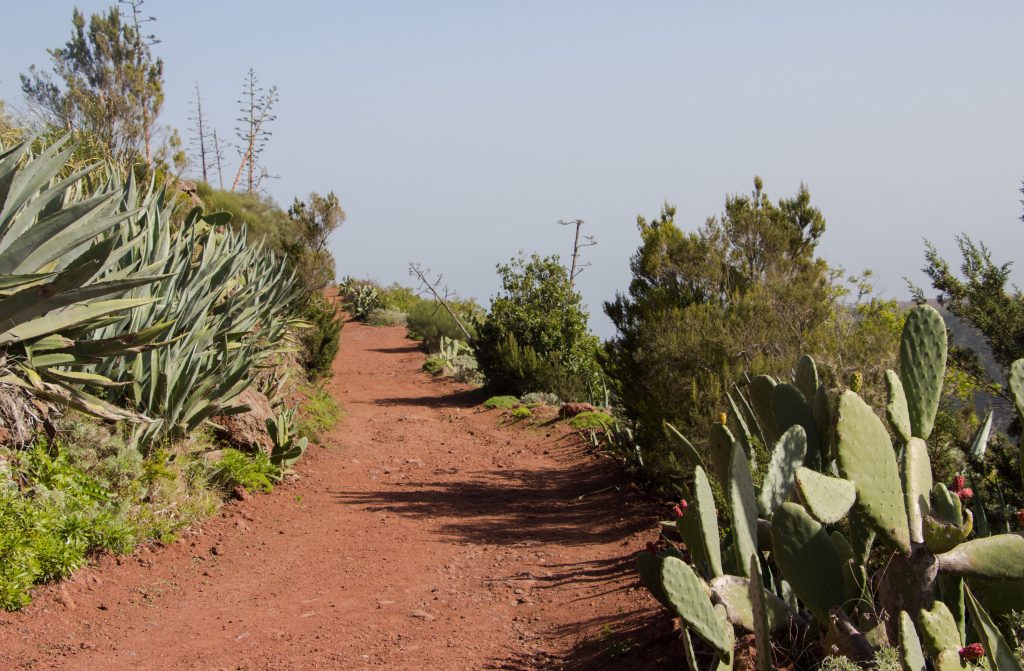 After passing Cruz de Tierno you’ll come to a dam with very nice fountain but, as is the habit here, without any water. A small ascent follows to Juego de Bolas where you can find a couple of restaurants. The surrounding hills remind me of Tenerife so much! Red soil with tiny tracks looking for a way among pine trees. The descent to Agulo is quite long and slippery but public toilets are good reward. I recommend you resupply here for the following day because you won’t meet any other groceries except those in San Sebastián de La Gomera. 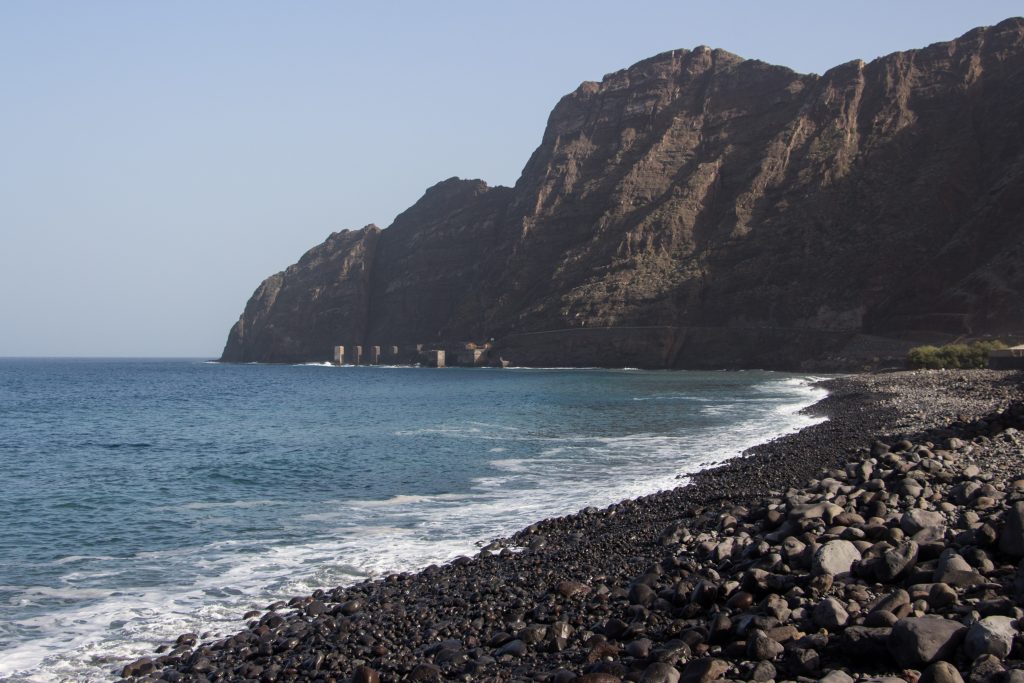 To Playa de Santa Catalina it’s another half an hour of wandering through a maze of terraces. The beach is very rocky but just there, in the middle of it, there is an unbelievable thing: shower. I’ve seriously never had such an amazing shower before. I was just standing there motionless, letting the drops clean my dirty body. It still wasn’t possible to swim in the ocean because of big waves. There were actually at least two deaths during our stay due to swimming in the ocean which was classed as too dangerous the whole time we were there. The track follows the beach for a while and then it disappears in the mountains where we easily found our last bivi place. 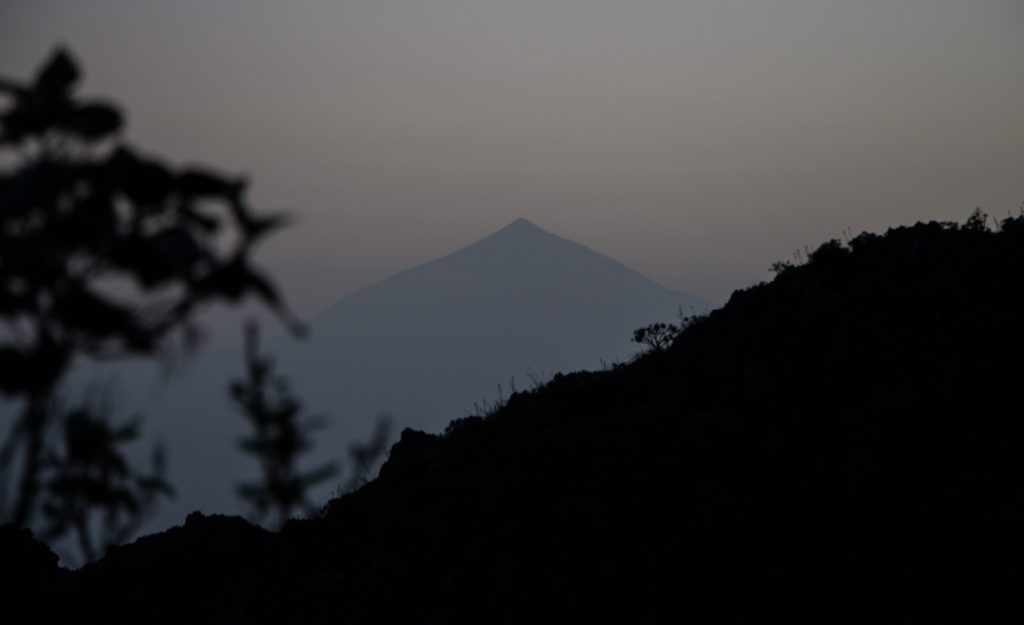 Mt Teide during the sunset

Be the first to comment on "Day 5 of GR 132: Vallehermoso – Playa de Santa Catalina"