The morning was just lovely. I started to fully understand what has attracted the artists so much over the centuries. It wasn’t the extraordinary parts but the fact there aren’t any ordinary ones. If you’re not standing in front of sandstone towers or not walking across them, you see their silhouettes sticking their heads above the yellow fields and half-timbered buildings. 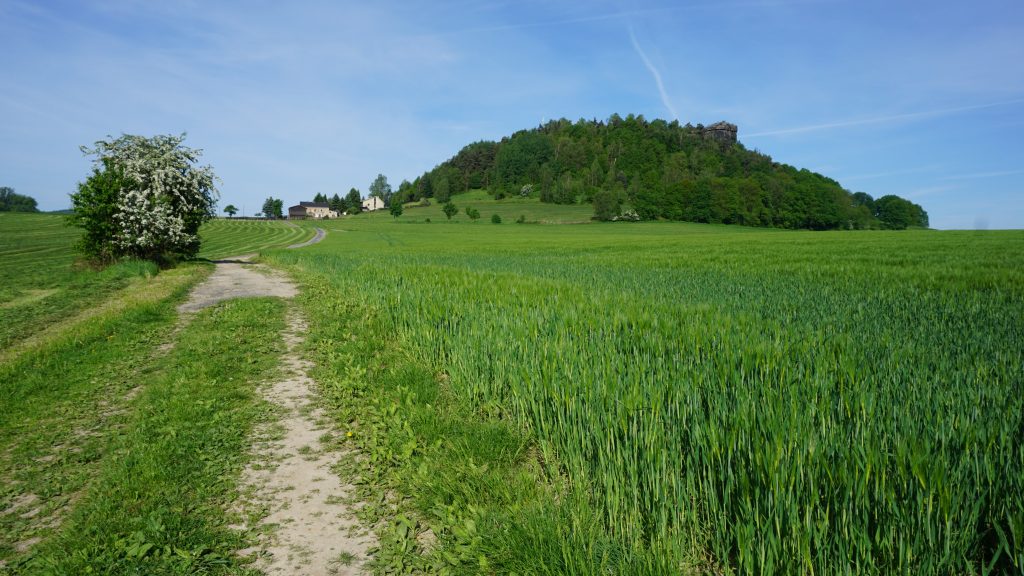 After leaving the river Elbe we continued with our ups and downs game. It was different than the day before though. We were climbing many table mountains (mesa) which we had seen from a distance on the first day. The number of ladders increased but the number of people on them had decreased which was very refreshing. 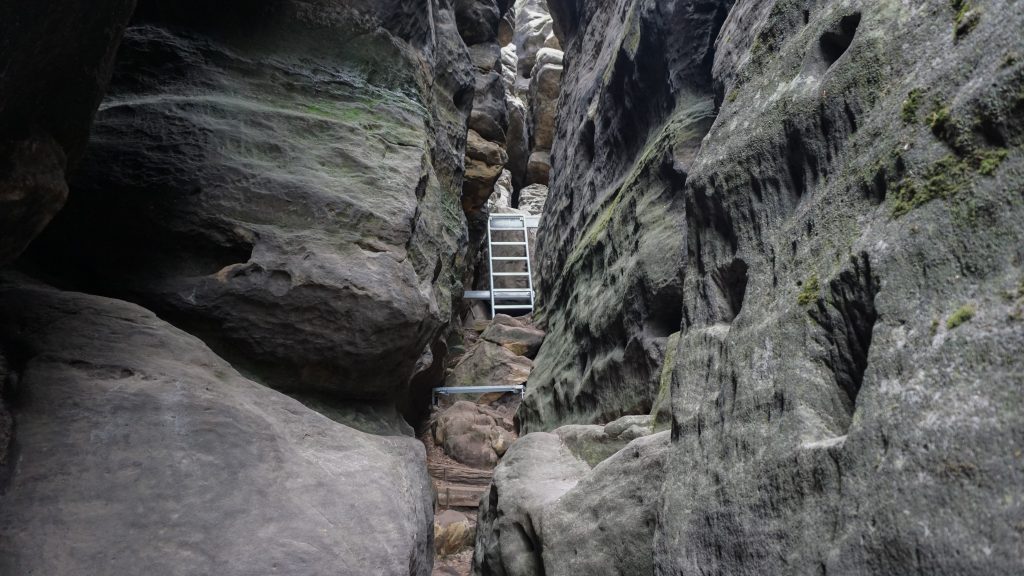 The most famous places of this day were surely the table mountains Papstein and Pfaffenstein. Even if there are many mesas around, these two really look like table mountains. 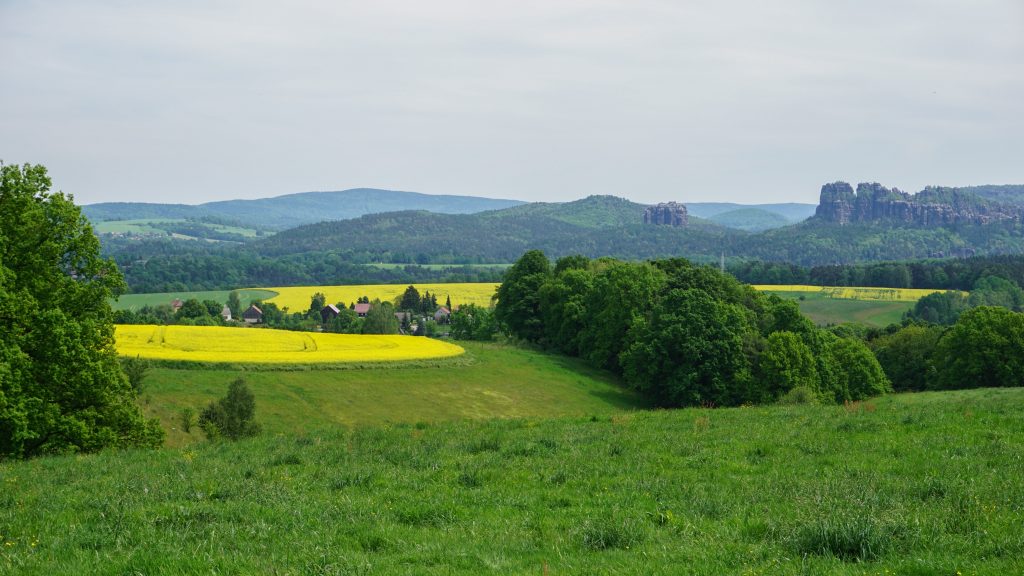 Many of the other ones around are surrounded by tall trees and their shapes appear more like a hill than a table mountain with straight vertical sides. 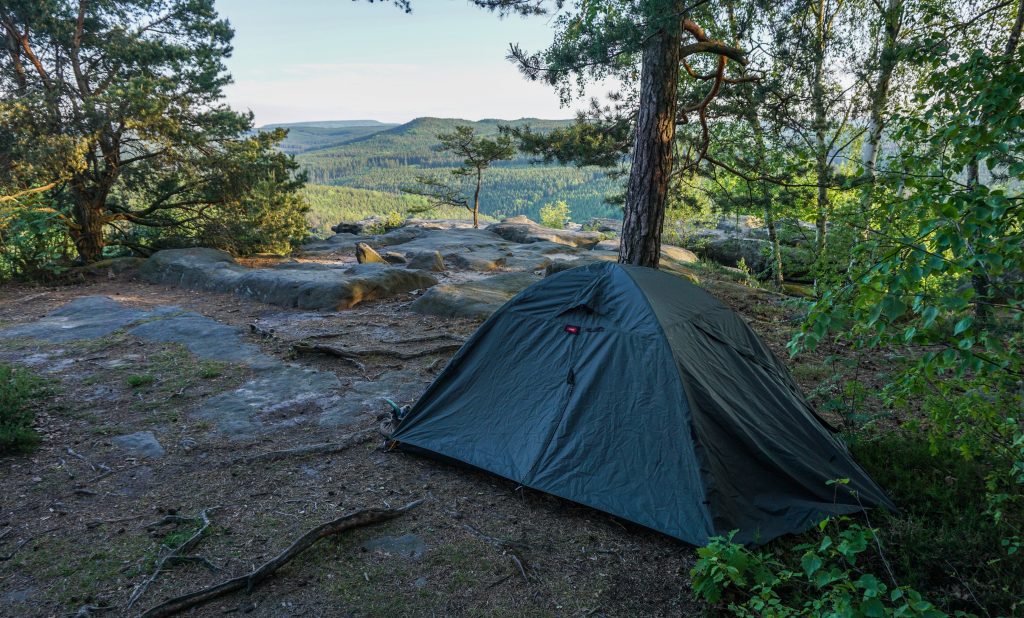 Being a bit tired after a long last day we decided to take it easy today and camp just before Königstein. There is a table mountain called Quirl and it’s a perfect place for a bivy. It’s not a nature reserve like a nearby Pfaffenstein, there isn’t any marked route heading towards its top. However,  it is definitely no less beautiful than the others.

Be the first to comment on "Day 3 of Malerweg: Schmilka – Königstein"