We arrived to Arguayoda at about 7am. We struggled to find a water fountain and neither of us had the balls to knock on someone’s door and ask for water on New Year’s Eve so early in the morning. We continued for a bit further down towards the ocean and from the top of the cliff we could see La Dama sitting on the opposite cliff. It’s an impressive look but the city itself looked like a concrete jungle. On a map it’s a half kilometer away but about 250m down and 200m up. Well, that’s La Gomera so let’s nail it! 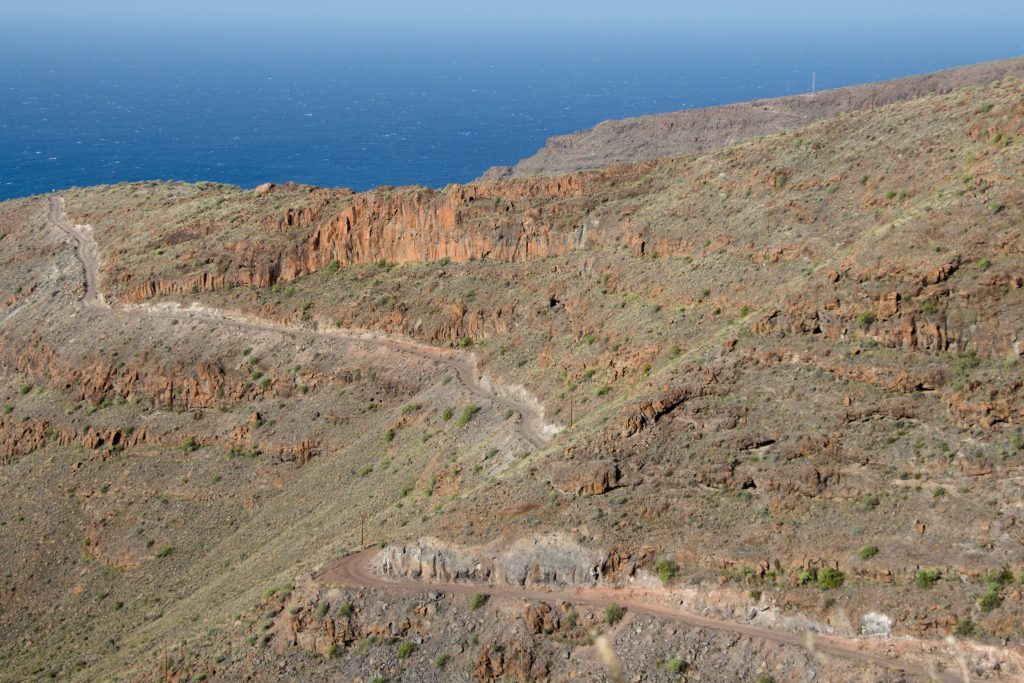 When we reached the town, there was a guy cleaning his car with a hose who happily refilled our water bottles. The bar in town was open, surprisingly, so we couldn’t resist having a local beer before breakfast. Come on, it’s the New Year! Besides having a beer, make sure you take enough water for the next section. I had 3 litres and it was just enough. During the summer days I wouldn’t leave the town without 5 litres of water. 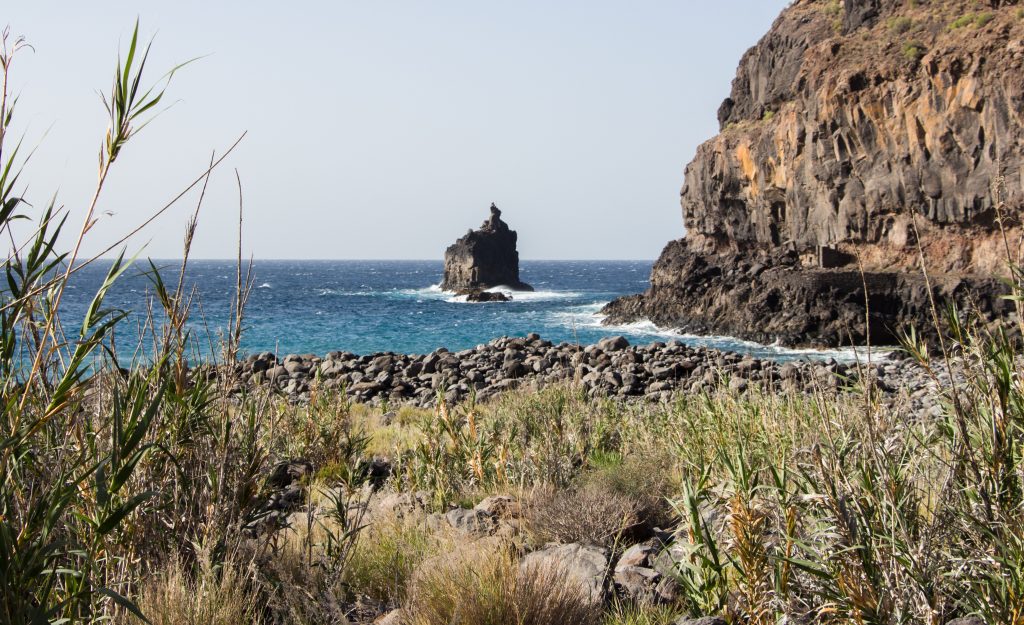 To Playa de Iguala it’s a comfortable walk down to the valley mouth. It’s actually quite a perfect place for a bivi. On both sides of this remote beach there are caves and stone walls providing shelter from the wind and wave noise. When we got there, there was a group of hippies painting hearts on the walls (What else should they do, right?) but they didn’t seem like they were staying for long. I’m sure enough they’ll be gone when you get there! 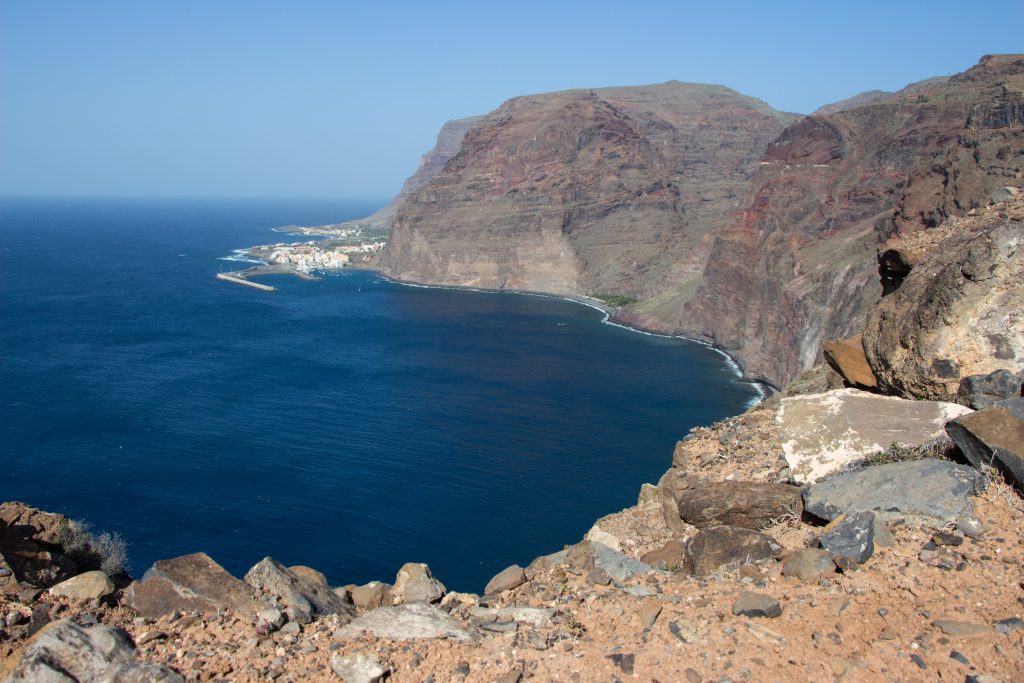 Glimpse of Vueltas from the cliff top above Playa de Iguala

The next section to the tiny village of Gerian is another one where you can get easily dehydrated. It’s very open, windy and without a single tree where you can hide from the burning sun. Above all, Gerian consists of a few houses and it can easily happen that you won’t find any water there, or anyone to ask for it. 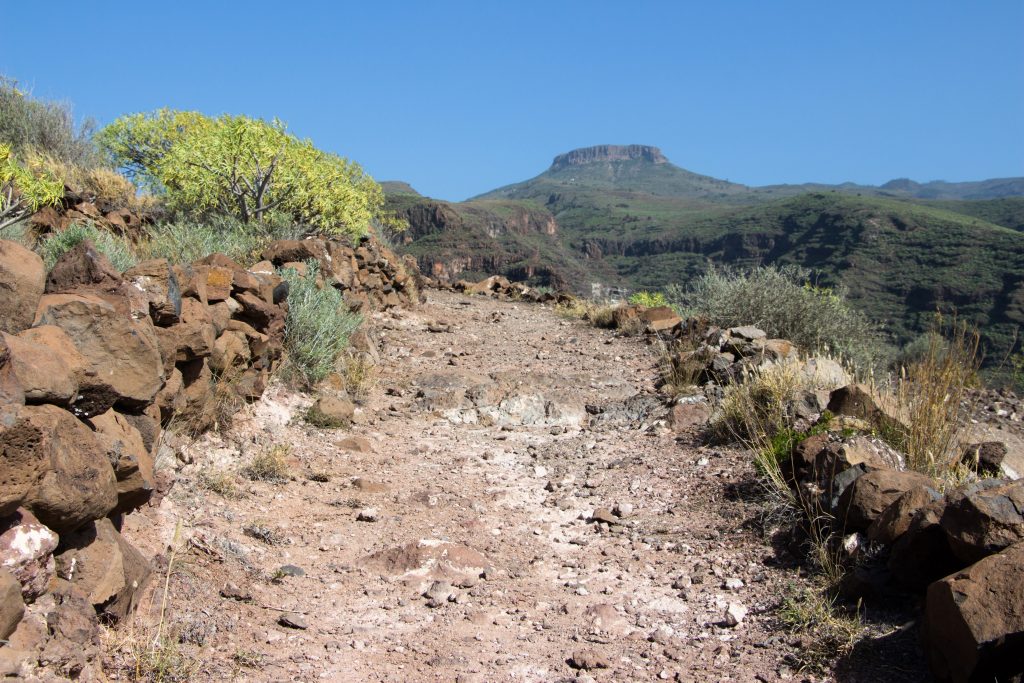 After Gerian we continued through half grassy and half desert barrancos. How can each barranco be so different? It reminds me when my art teacher came to the class saying: let’s paint animals! So we did and when we finished, she’d stick them on the wall in round shapes saying: it’s the ZOO wall! Each animal had a different size, colour and style but they were still connected and they were creating one image. 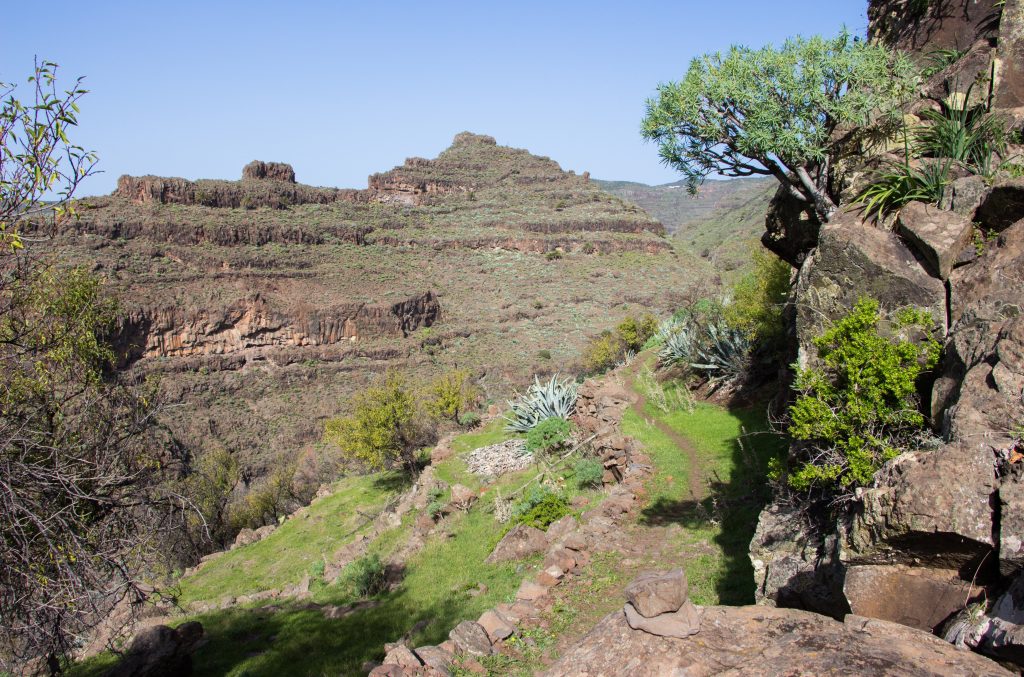 It’s actually quite a long way to Valle Gran Rey. The last part goes through a very dry section with nothing but heat and cacti. In Valle Gran Rey there are many water fountains where you can refill your bottles and many grocery shops for resupplying your food bank. This valley with all its apartments and holiday houses is very hard to put your bivi into so we decided to climb a few hundred metres up to the western slope where we found a spot big just enough for our tent. The slope is extremely steep but very nicely paved with some concrete here and there. This was a very long and exhausting day and if we had had enough water, I’d have preferred to sleep somewhere in Barranco Argaga before descending to Valle Gran Rey. 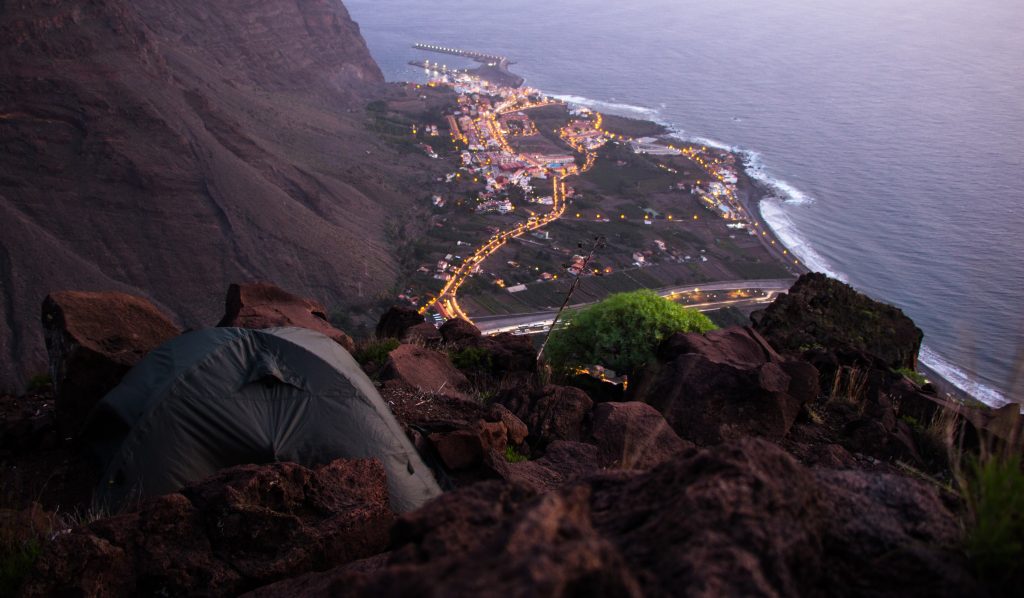