Little Fatra is situated in North-East Slovakia in the Western Carpathians. It’s a densely forested area with grassy ridges, alpine plants, strong winds and brown bears. There are quite a lot of well marked tourist paths and a few mountain huts where you can overnight. The Eastern part of the range is protected as a national park which we decided to cross from east to west. A good reason to start in the east is that it is a bit more complicated to reach than from the western side. If you get this part of the traveling over and done with first then your home-coming at the end can be stress-free and more flexible. We started in Párnica from where, following the blue marked trail, we began to climb up and only up. The path goes through a beech forest first and it’s barely flat or going down. It took us nearly 3 hours to reach Medziholie, a mountain saddle between Velky Rozsutec and Stoh. 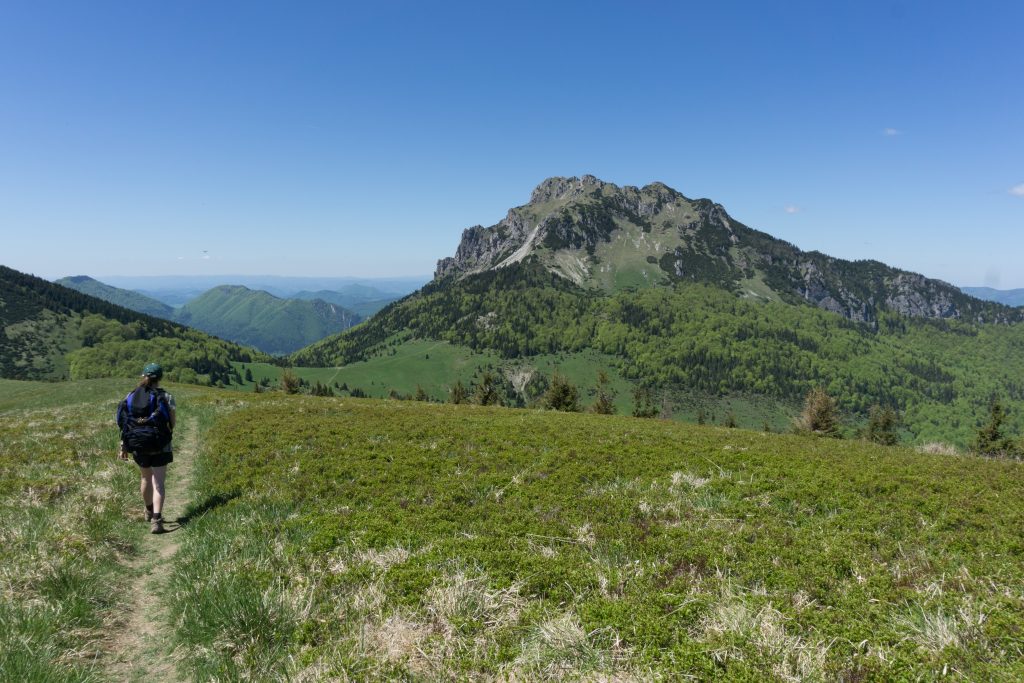 There we hit the red marked route which crosses the whole range and it’s part of the E3 long distance route. A few minutes later we entered the forest for the last time and in less than an hour we stood at Stoh (1608 m) above the tree line. We were very lucky to have awesome views deeper into the Carpathians. 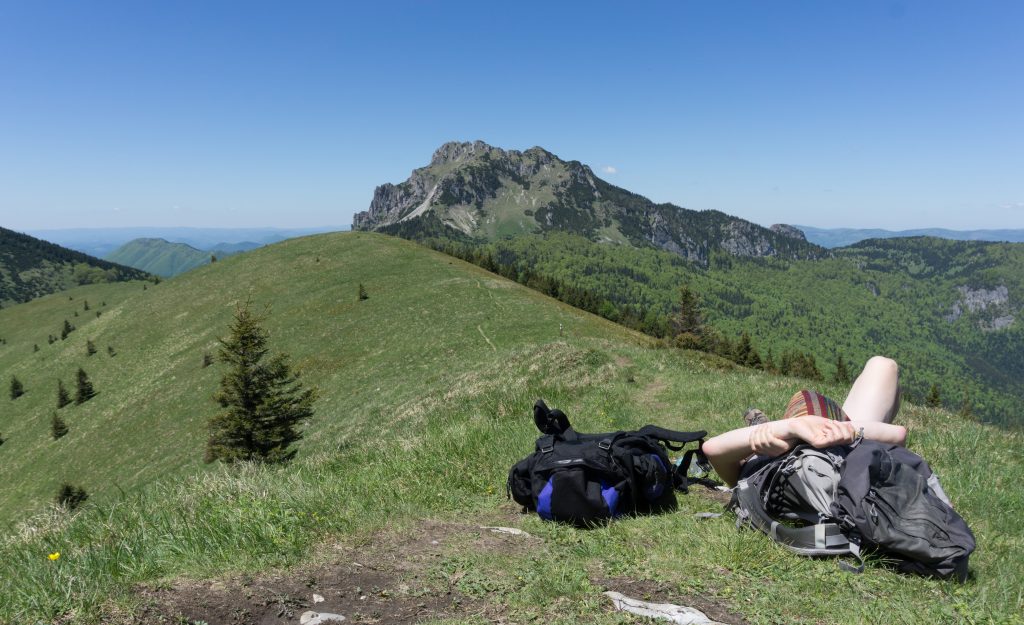 It’s good to have breaks

From there, we followed the red marked route across Steny (1535 m) and down to the mountain hut Pod Chlebom. It’s a quite cute mountain hut where you can sleep either in a room with sheets or in a dorm in your own sleeping bag (cheaper option). If you have a tent, it’s possible to pitch it next to the hut for €1. We chose a dorm and man, that feeling of having the whole floor to ourselves for €16 all together! 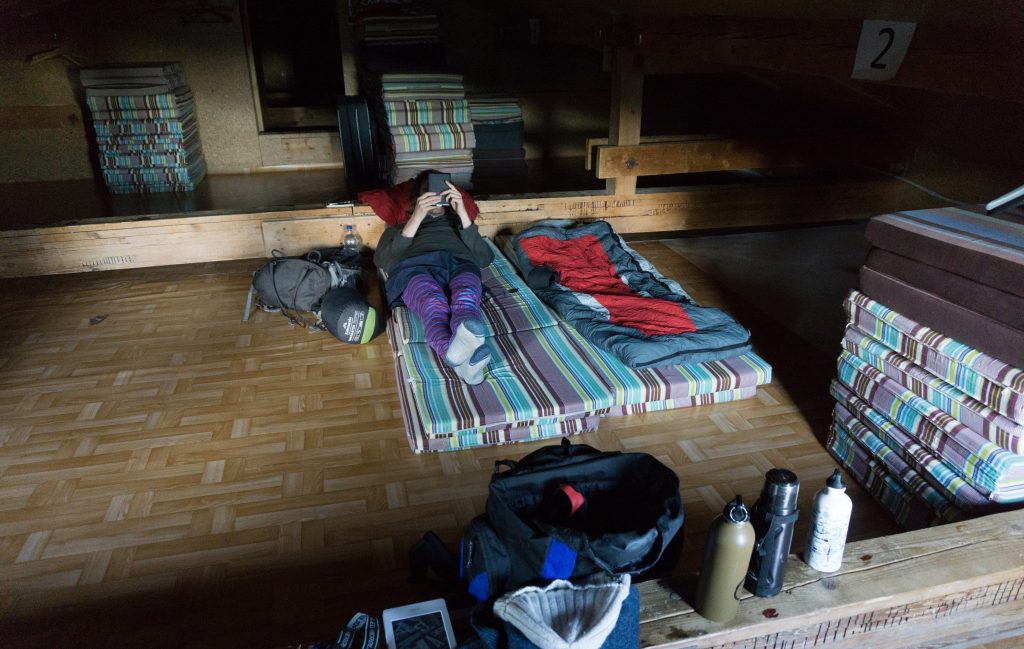 Me at Chata pod Chlebom

The following morning we decided not to go back to the E3 and climb Chleb (1647 m) but rather to go straight to Snillovské sedlo. It’s more logical since there is another big mountain awaiting you anyway: Velký Kriváň (1709), actually the highest mountain of the Little Fatra. From there the trail became less hilly but still hilly enough to keep your heartrate up. We eventually crossed Pekelník (1609 m), Malý Kriváň (1671 m) and Suchý (1468 m). 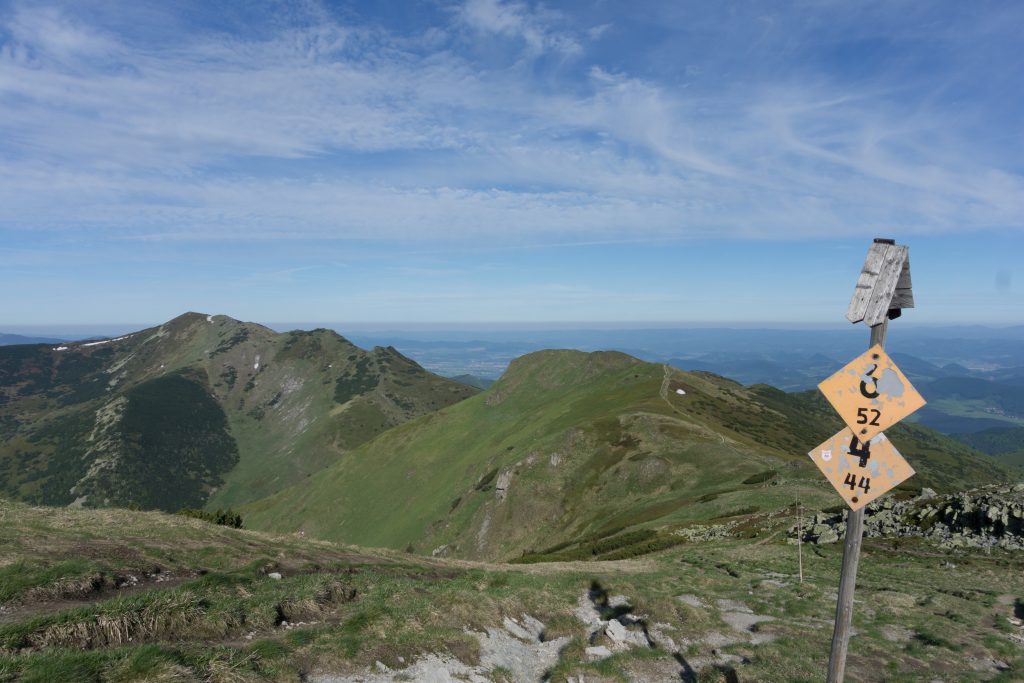 Ridge we needed to cross

From Suchý we went down, only down. This last stage was really steep – over about 6 km we descent more than 1,2 km. Our knees were not very happy after this but man, the mountains here are so nice! This very fine example of Carpathians shouldn’t be missed by any hiker heading to Slovakia to hike. 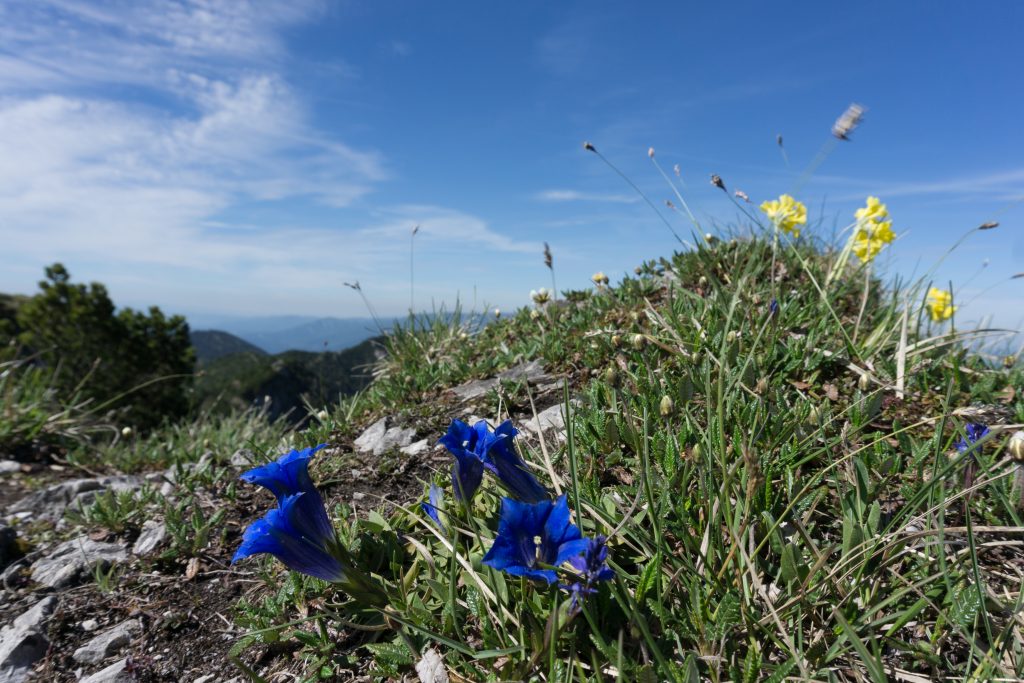 Alpine plants are very common in the Little Fatra

Crossing the Czech side of the Silesian Beskids