It was dark when Kupkin and I started to hike. We were quite concerned for Emma who was supposed to meet at the car park but neither she or her car was there. Where was she? The deal was that she’ll park at the end of Mt Richmond Road and hike up to Captain Creek Hut or possibly to Middy Creek Hut during the day and Kupkin and I will come by midnight. Kupkin couldn’t get out of work early enough and I thought that this plan would save Emma having to hike in the dark with us. Why always nothing goes as planned?

Soon after Kupkin and I started to hike towards Captain Creek Hut, we put our headlamps on. There is something magical about hiking in the dark. It feels right, like going back to your roots kind of right. We were following Pelorus Track along the river of the same name. As this is a part of Te Araroa Trail, the trail was relatively well maintained. It took us about 2-3 hours to Captain Creek Hut. I was secretly hoping that Emma would be there, or, at least, she’d left us a note in a hut book where she was. Sadly, she wasn’t there. But instead of her, we found around 10 cans of coke mixed Jack Daniels. Oh boy.

It was just so hard to resist. We drank one or two cans, left a note for Emma and off we went. Hum, but Emma wouldn’t be walking this late behind us, would she? She probably had a flat tire and she’s camping next to mechanic’s garage somewhere in Nelson. The plan was to reach Middy Creek Hut so the day after we’d manage to finish the loop across Dun Mountain in a reasonable time. I’m not sure if it was Mr. Daniels or what, but it took us only about 40 minutes to reach Middy Creek Hut. Alright, maybe an hour, I don’t remember as Mr. Daniels was adjusting my time perception. We arrived at the hut and before I managed to take out my stove and make myself a cuppa, Emma appeared in the door. Man, Emma! So dangerous to hike at night alone in the bush! But my gosh, Emma! Give me a huuuug! It turned out that she was on the way from the West Coast and somehow managed to sign up for transferring a mattress for someone from the West Coast to Nelson. That delayed her many hours but she earned 20 dollars. Oh, man, that sounds like Emma – always something special. 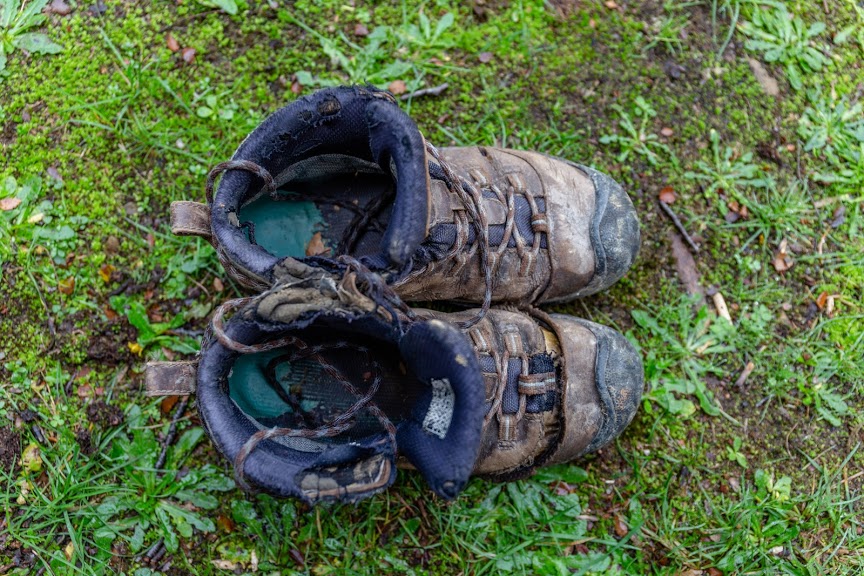 We slept like babies and the day after we crossed the river and started to climb up to Rocks Hut. It was really foggy in the valley but when we were getting closer to the hut, the fog suddenly disappeared. It felt like all the birds from the whole range would come and started to sing for us. It was so cool that we had to stop, breathe and listen.

We got lunch at Rocks Hut and continued further towards Dun Saddle. The path was well marked and easy to follow. At Dun Saddle it was quite windy and clouds were chasing each other so passionately that I thought that rain has to come any minute.

But guess what – it didn’t come. We stopped again at Dun shelter, a typical emergency structure where it could be fun to spend a night when the weather’s good. 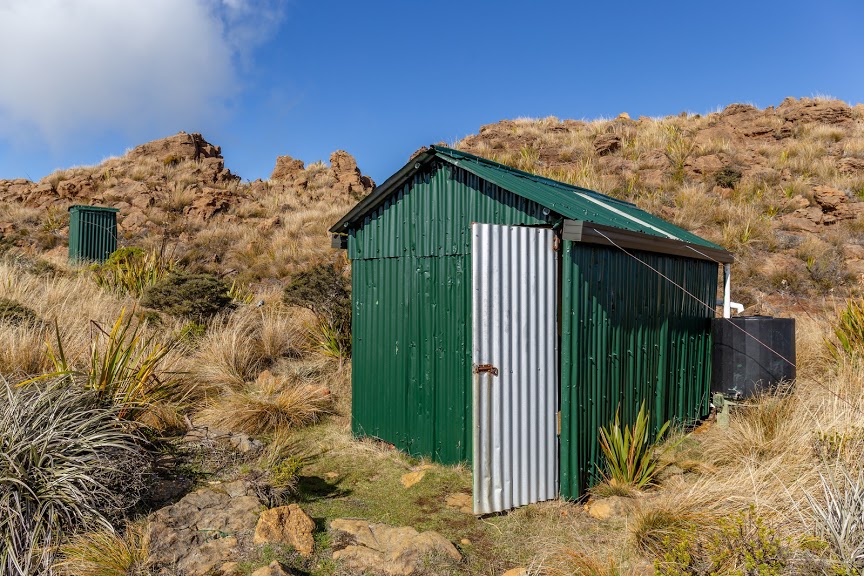 Crossing Dun mountain, we continued in easy-going pace across Little Twin and Maungatapu all the way down to Maungatapu Saddle. This part was quite open and exposed and I got quite scorched from the sun. 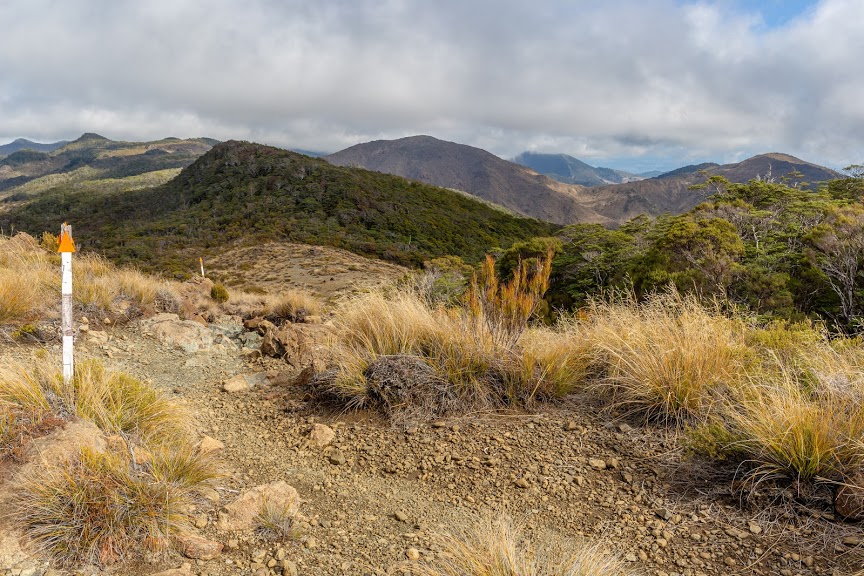 Track across the tops

From Maungatapu Saddle we followed 4WD down back to the car park. This part could be quite boring but not if you have two great friends with you! The sun was sending us all the colors it possibly could and our evening chatter was so cheerful this was my favorite part. It’s all about people, isn’t it? 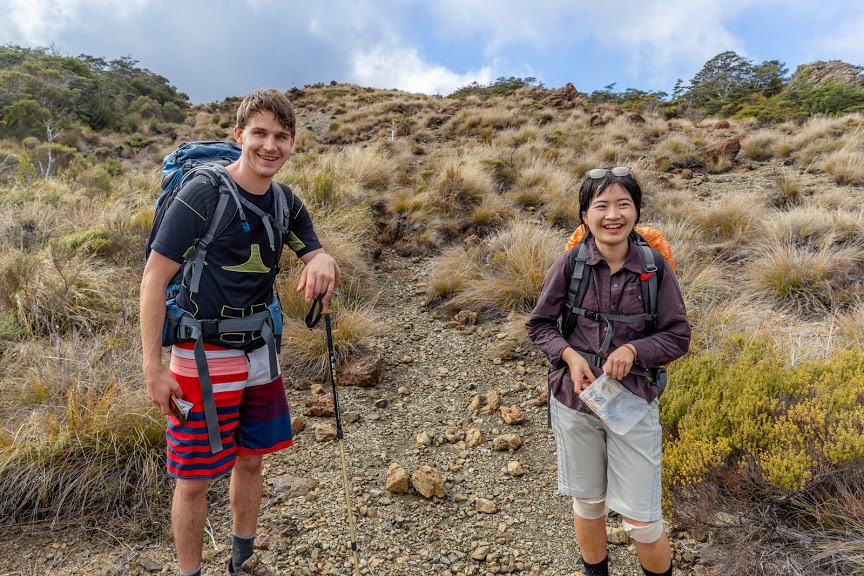 It’s definitely a good tramp for both beginning and experienced trampers. It’s well marked and well maintained. There are a few swing bridges to cross so before you go, make sure you’re comfortable with walking 30 meters above the river on a bridge made out of steel ropes.

Be the first to comment on "Captain Creek Hut, Middy Creek Hut and Rocks Hut: a night and a day in Richmond Range"