This was a last minute trip, as I realized a few days before the weekend that there wasn’t a day trip planned for the weekend. There were seven of us including 2 prospective members and Rodney who met us at the Wooden Gully carpark. Wooden Gully Track was closed so we chose the Ridge Track as a suitable replacement. It was the quickest way to get to the tops anyway.

About 10 minutes after we left the car park, we found ourselves bush bashing (or should I say pinebashing?) through the forest. I was following a track on NZ Topo maps which now appears to consist of fallen pine trees. Following the forest road would have been a much better idea! After about 15 minutes of a decent bashing spiced up by some bush and gorse we found ourselves back on the track. I have to say that I was quite pleased with myself to find such a nasty bush bash so close to the car park!

Going to the ridge was fairly straightforward. Walking through the pine forest was followed by much prettier native bush. On the top of the ridge by pt1043 we had a decent break and continued towards pt953. Around this time, Karien decided not to continue to the biv so we split the group. I stayed with Karien – we took an hour long nap on the tops and slowly descended back to the cars while the other group led by Rodney continued to the biv. Karien and I took about three trillion pictures of different fungi which was quite fun. She promised that her brother would identify them and send us their names. Maybe I can pretend to be a clever person next time by knowing all the fungi names!

Karien and I reached the car around 5pm and the other group followed about 10 minutes after that! What fast beasts. We celebrated not having lost anyone in a cafe in Rangiora and we were back in Christchurch around 7pm. Oh, and Harish made a video! 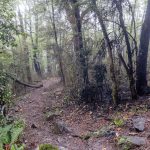 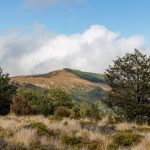 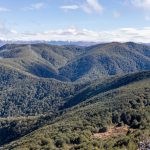 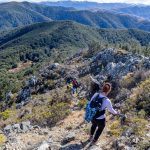 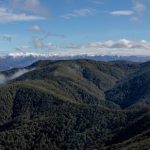 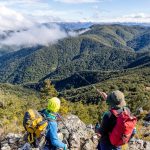 Video of the track by Harish