We started off by a small car park in Lochawe. It was early morning on a reasonably wet day. We wondered up along a small road all the way to Cruachan Reservoir. By the time we reached the dam, we were decently soaked and just as we started to feel miserable, the sun creeped up. These ridiculous plays are happening all the time here and I feel my Scottish hiking reports consist mostly of talking about the weather. 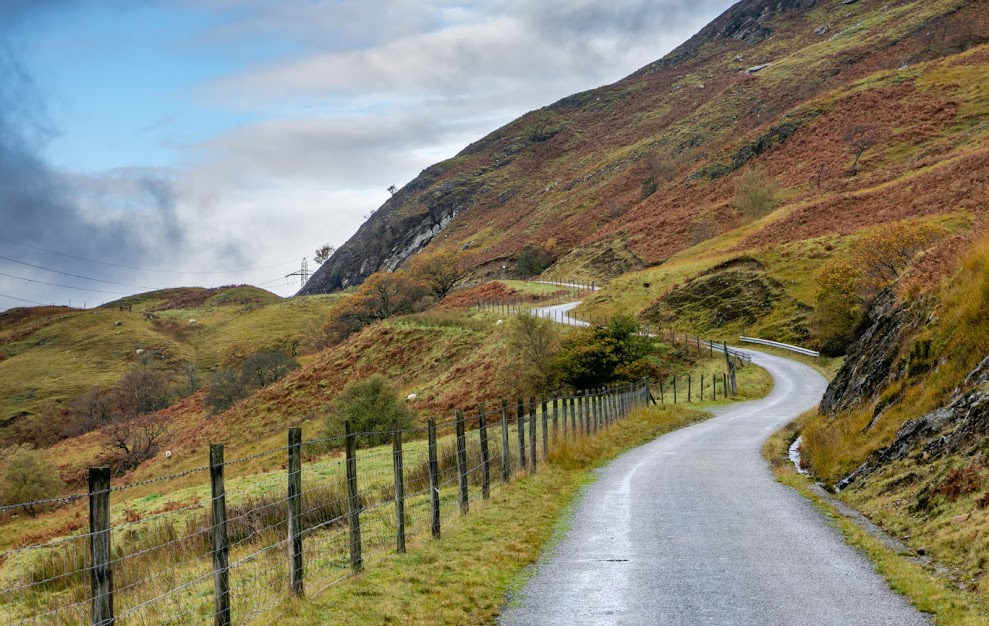 The path up to Ben Cruachan goes along the dam and then straight up to the saddle and keeps going up on a rocky slope. With its height over 1100m it’s a really big mountain for Scotland and the climb is quite intense. 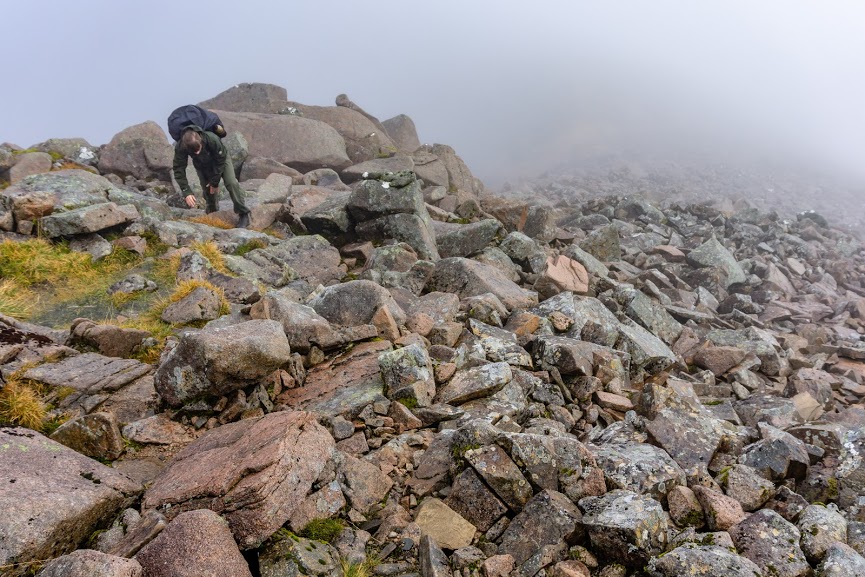 When we reached the top, it was so cloudy that we barely saw a thing so we immediately started following the ridge to the East. It’s quite an open, sometimes technical climb with very steep ground on the west so you definitely don’t want to be blown off this ridge.

On the ridge there were many brilliant places to camp but the wind was so strong that we didn’t even consider it and instead continued down towards the saddle Lairig Noe. We pitch our tent just above the saddle, on a small flatish spot in a collection of big rocks. We figured it was better to be sheltered from the wind than to have slightly better views. 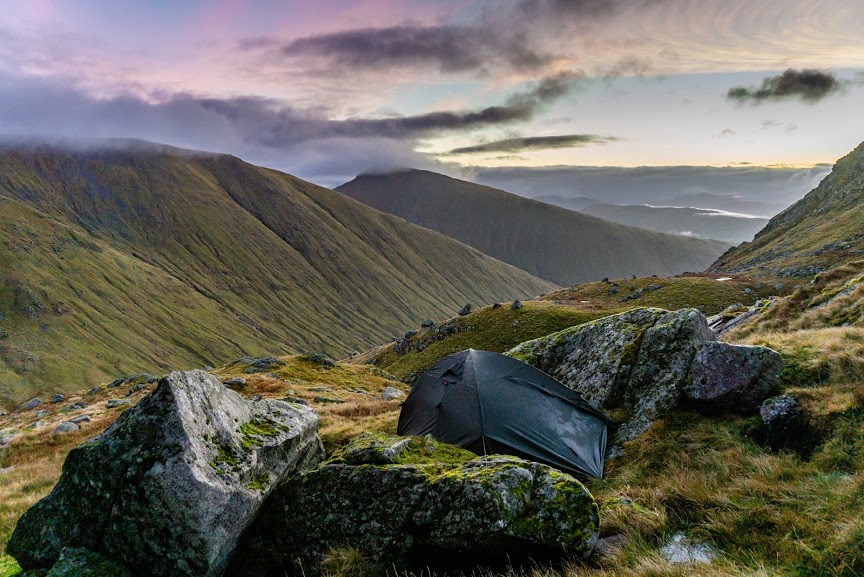 After pitching our tent, we pretty much fell asleep right away. Man, there is barely anything better than taking a nap in the late afternoon after a good hike while the rain is beating on your fly sheet. If I was a better businessman, I’d market it and sell is as an essential Scottish walking holiday package. 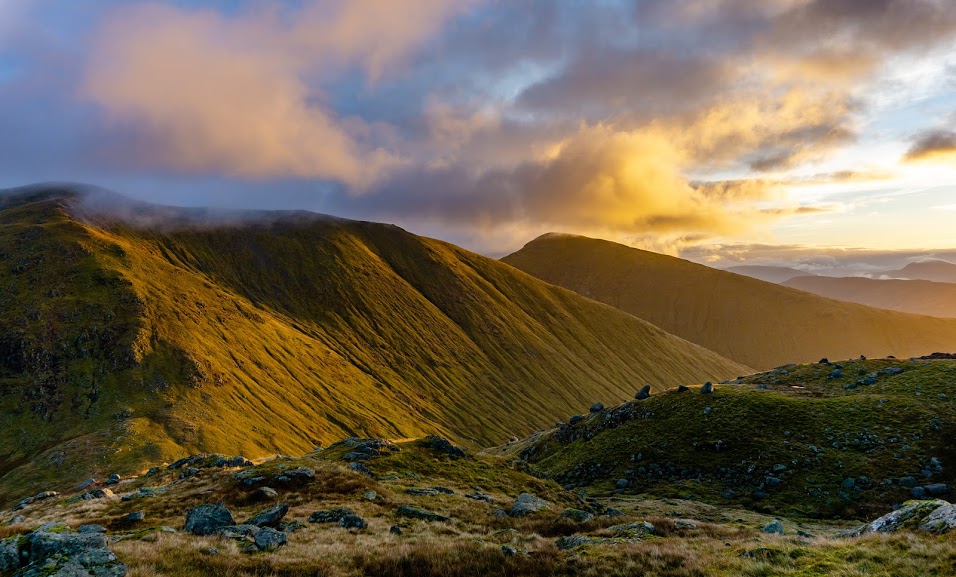 The morning was sunny with temperatures close to zero (there we go, I talk about the weather again!). October is a magical time in the Scottish Highlands – the mountains are silent after the rumbles of tourist season, the weather can’t decide if it wants to burn or soak you down to your underpants. If you’re optimistic enough, you accept it and roll with it with a cheeky smile.

From the saddle we climbed up to Beinn a’Chochuill on a grassy but very steep slope. Anna was puffing around like an old locomotive but we smashed it like bosses. The hike along the ridge to Bein Eunaich was much more smooth and easy-going than the ridge from the previous day which was rocky and bouldery. We got into boggy troubles on the way down as we descended a bit more west than we were supposed but nothing that a piece of chocolate wouldn’t fix.

It’s completely possible to hike these 4 Munros over 1 long day for a fit and experienced hiker. But it’s also possible to take it slowly, soak up all the beauties around and camp in the middle as we did. In the end, that’s why most of us hike.

Be the first to comment on "Backpacking over 4 Munros: Ben Cruachan, Beinn a’Chochuill, Eunaich & Stob Daimh"